Features Profiles
The art of cakes

A conversation on celebration with three cake artists 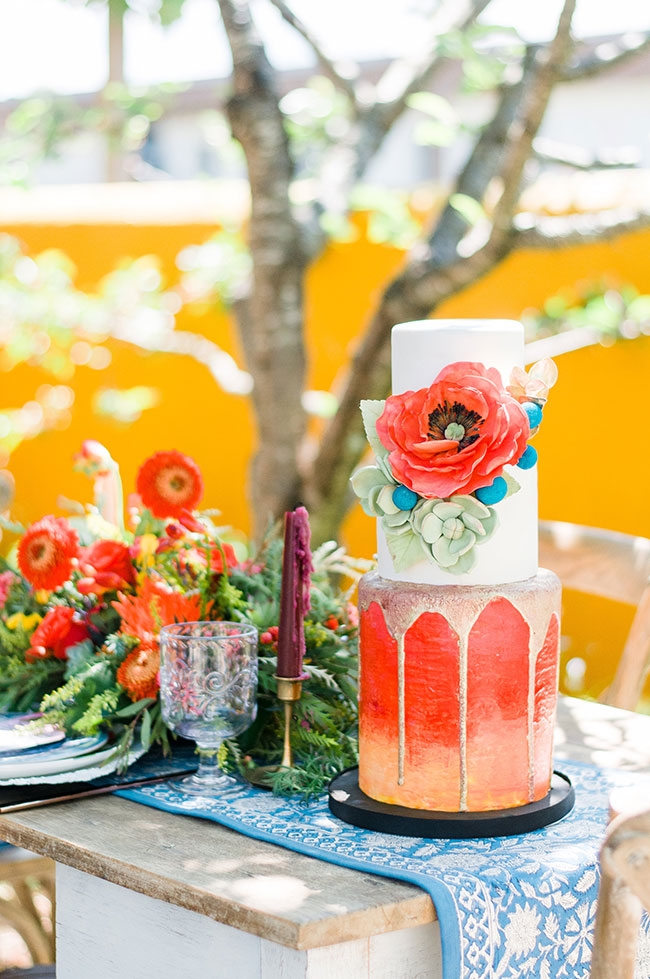 The word celebration is often associated with the word cake. The two are simultaneously linked. There are celebration cakes for graduations, engagements, weddings, anniversaries, baby showers, birthdays and more.

Joe Calabro, owner of Paticceria Gelateria Italiana in Ottawa’s Little Italy, has been making celebration cakes for 40 years. He’s known for his Old World European-style that also has a modern edge. “I like a simplistic style that shows true workmanship. A celebration cake is a special showpiece.”

His house cake is and has always been the Torta Madeleine. This vanilla sponge cake is moistened with simple syrup or rum syrup and features vanilla and chocolate pastry cream alternated between the layers. Gone are the days of traditional royal icing and silk flowers. Today, his customers want rolled fondant cakes, decorated with more fondant, marzipan, gum paste or blown sugar. Buttercream cakes first masked in and then piped with the icing come in a close second.

Birthday cakes now outsell wedding cakes at his retail location.  While made with the same ingredients, the birthday cakes are more whimsical, with a huge element of fun. “Everyone wants a theme or a character,” says the cake designer. Musical instruments, sports, cartoon and movie characters are all popular.

For one recent birthday, Calabro designed Tea In The Victorian Garden, a two-tiered round cake. The base was white fondant, covered with soft yellow and green striping, accented with a hand-craft ballet-pink ribbon. Pink fondant covered the next tier, edged with royal icing piped lace. A tea pot sculpted from gum paste and hand painted is tilted on top. A teacup and saucer, also made from gum paste rests on the cake board, surrounded by multiple mini bouquets of colorful roses.

Sometimes the birthday cake is only part of the story. For a 50th birthday celebration, Calabro was asked to make a classic triple tier cake, all edged with glittering rhinestone. Then, he built a four foot mannequin out of pipes and wires. White fondant was strategically crafted to form an evening gown. Around the cake and dress were smaller fashionable items such as a purse, shoes and lipsticks, all sculpted from gum paste. “I have to be prepared for everything!” he exclaims.

Meanwhile, on Vancouver Island, pastry chef and cake designer Marieke Nijenhuis, owner of Coastal Cake Company, does a strong business in wedding cakes from her 700 square foot studio in Parksview. Between Easter and Thanksgiving she sells over 200 cakes.

Just how important is the wedding cake? “Some brides come to us, even before they pick out the wedding dress,” she says. “The wedding cake is such a tradition. Guests look forward to it being cut at the end of the night.”

Chocolate cake filled with her homemade raspberry jam, or red velvet cake with white chocolate and fresh strawberries are the two top sellers. Trends include buttercream cakes with fresh flowers or sugar flowers as a keepsake for the bride. Gold and other metallics are popular accents for any cake colour. And modern architectural cakes, with extended tiers of various heights are far from classic.

As a wedding destination location, Vancouver Island attracts couples, who want to be married beside the ocean without leaving Canada. Many clients are from cities such as Vancouver, Edmonton or Calgary. “These couples ask for West Coast themes such as trees, driftwood, local flowers and beach themes,” she says.

At Cake Babes, the majority of clients are requesting traditional cakes in pale shades.

The Poppy Cake was created for a stylized photo shoot. The fondant cake was hand painted to create an orange to red ombre effect, then finished with chocolate ganache gold drizzle. “The top tiers were decorated with a large red gum paste poppy, succulents and glittery blueberries,” says Nijenhuis.

The other was Great Gatsby Meets the Beach. The bottom tier was finished in black fondant and decorated with an art deco shell pattern. “To apply the pattern we created a stencil and hand painted the gold.  The top tier was also finished in fondant and painted gold,” she says.  The white chocolate shell cascade was created using silicon impressions of shells.

Accolades continue to pour in for Coastal Cake Company and they have won the Vancouver Island Wedding Award for Best Wedding Cake five years in a row.

In Dartmouth, N.S., cake designer Amy Muench, owner of Cake Babes, sells up to 90 cakes per year. White chocolate cake, with white chocolate buttercream and fresh raspberries, or rich salted caramel cake filled with the same decadently flavoured icing are the most requested.

As for her designs Muench says, “I love making fun, bold, over-the top cakes, with pretty, bright colours.” And one such cake placed Cake Babes on the list of Wedding Bells magazine’s Canada’s Prettiest Cakes in 2017.

Her winning four-tiered, rolled fondant square cake, Abstract Garden In Gold, had a base and top tier of pure white, with a bit of black striping on one edge. The second tier however, was more dramatic.  “The stripes were carefully placed at a 45 degree angles. Each side of the cube had the stripes going in a different direction. One single gold stripe in the middle of the design complemented the next tier, which was painted solid gold,” explains the cake designer. “The flowering ranunculus were bright orange, purple, sky blue, pink, and lime green, with painted gold leaves.”

Yet, only 25 per cent of her customers request such contemporary styles. Traditional cakes, in white or light shades decorated with buttercream are what sell. And rustic cakes are also requested.  Cakes with a homemade frosted look are resplendent with sprigs of fresh floral blooms. Or cakes masked with a thin layer of buttercream, enabling the cake to peek out are decorated with forest branches and a few summer berries.

The groom’s cake is ever popular. And it’s always a surprise for the recipient. The variety of cakes available today seems to be without limits. As Canadian cake designers continue to push the limits of possibility, the future looks very sweet indeed.

Karen Barr writes about arts, culture and cuisine. She is a George Brown graduate and a Red Seal pastry chef.