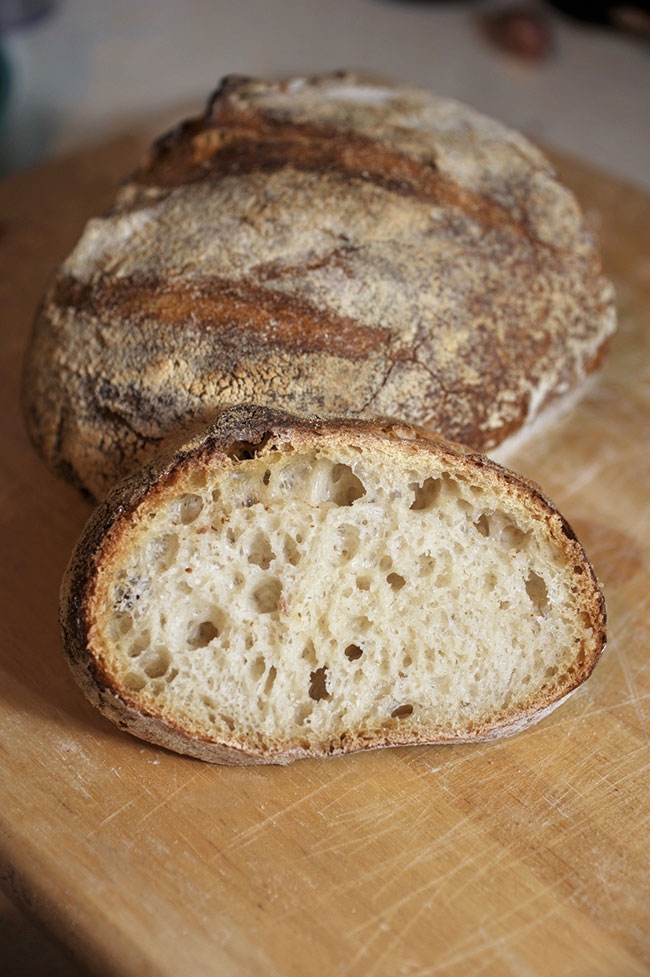 With the constant desire for more natural products and cleaner labels, bakers are facing a dilemma. Many are asking, “How do I delay mould growth without the addition of inhibitors?”

One of the answers lies in acidifying your doughs by adding a preferment.

The benefits of preferment to your final product are significant. Shaping and moulding become much easier for the artisan baker. Your mixing times might decrease, leading to a significant improvement of crust colour, crumb colour and most importantly flavour.

There will no doubt be concerns from customers that their product will stale and mould like never before if you stop adding calcium propionate; however, you want them in your shop more often, anyway. The more frequently your customers visit your bakery/pastry shop, the greater chance you have to increase your sales.

When transitioning your formulas from straight dough to a formula with a preferment, there are considerations that need to be taken into account.

Question No. 1
The percentage of prefermented flour varies depending upon the type of preferment. If you choose to use a levain, the range is typically between 10 and 25 per cent pre-fermented flour. A mildly acetic flavour would come from the lower range and a more robust flavour would come from a higher range. There is an upper limit of how much flour can be prefermented. If you preferment with over 35 per cent flour, the ph of the dough becomes too low and the dough will begin to fissure on you while proofing and again while baking. This may be desired, but usually in rye breads.

Question No. 3
Chad Robertson of the famed Tartine Bakery in San Francisco pre-ferments both a poolish and a levain into his baguettes. This has been the preference of many bakers recently. The mildness of the poolish and the tartness of the levain, provide a nice depth of flavour for the baguettes.

Certainly in the world of competing, you can see two, three, or four preferments in one dough. Some may argue that this is a lot of work; however, if you looking for depth of flavour in your product, you can experiment with a variety of preferments in the same dough.

Question No. 4
It’s important to preferment your weakest flour, leaving your strongest or highest-protein flour for your final dough. This will assist in maximizing your loaf volume and oven spring as your final dough development will be the strongest flour and yield the highest, most robust loaf.

More importantly, the flavours that come with fermenting any ancient grain will be well received by your customer.

Below is a step-by-step example of how to add a preferment into a dough. The following example is for the addition of a polish; however, the same steps can be utilized for any preferment

Provide a formula to make 8 baguettes @ 400g ea. Please make a formula using a poolish, preferment 33 per cent of the overall flour in the poolish.

Step 1: Calculate the baker’s percentage for the overall formula.

Step 4: Create a new formula by multiplying the factor of 18.63 into each of the baker’s percent.

Based on the type of pre ferment used, calculate your new formula. In this example we want to use a poolish which is based on the following formula.