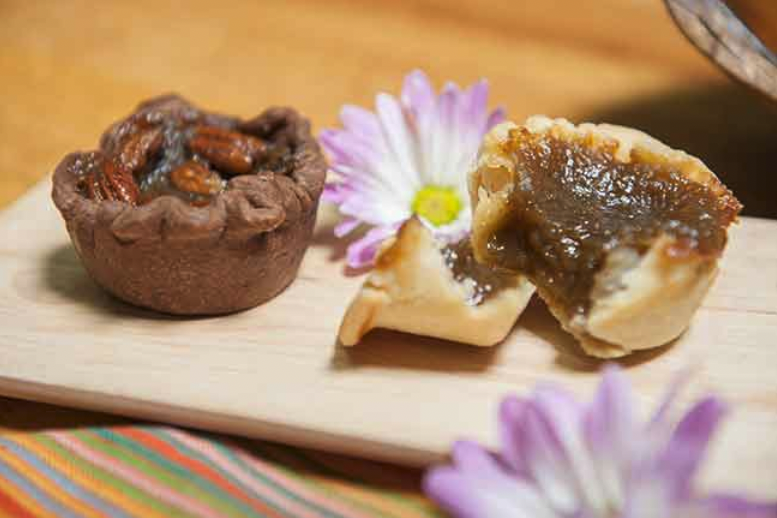 While many entries were from Renfrew County, some travelled from Oshawa, Ottawa and other centres for the chance to walk away with a small prize, bragging rights and the coveted red ribbon.

The festival was organized by Tracy Keller and Shelley England, the new owners of the Flamingo Restaurant and Two Fat Tarts based out of Eganville.

It was a picture-perfect day as the sky was filled with blue skies and sunlight and when guests entered the Armouries, they were met with the incredible aroma of freshly baked butter tarts and other hand-made goodies.

Among those assisting the organizers were members of the Renfrew Agricultural Society and it was hard for them to contain their excitement. Although they were coming off a scaled down version of the Renfrew Fair held in September, they were thrilled a baking contest was taking place.

There was no fair in 2020 due to COVID and this year’s version did not hold a large-scale baking competition, one of the highlights of the annual fall classic dating back 168 years.

By the end of the day Sunday, fair board members, along with longtime fair manager Judy Dobec not only enjoyed the buttertarts, but also enjoyed receiving $1,300 from the organizers.

“This is such a great event, and we are always happy to host these types of festivals,” she said. “When the two women approached me about holding the festival here, I said it would be a great way to promote the county and the Renfrew Fair. Everyone knows the fair had a tough couple of years so if butter tarts attract out-of-town visitors to the area, I say why not?”

Ms. Keller and Ms. England organized the first Renfrew County Buttertart Festival in 2019 in Petawawa and close to 5,500 visitors descended on the town.

As Ms. England explained, the classic butter tart can really draw a crowd.

“It sounds funny, but the butter tart is one of those desserts that pretty much anyone can eat and bake on their own,” she said. “There are festivals held all over Ontario and in 2013 we entered a contest as Two Fat Tarts and we won first place. Ever since then Tracy and I had wanted to organize one.”

After hosting the 2019 Petawawa event they knew they had to host another one.

“We took on the Petawawa event and it was incredible and successful,” she said. “So today, we find ourselves hosting another and we have to thank all the participants who came to Renfrew to take part. Who knows, someday we may be as popular as Midland.”

She was referring to the Midland Buttertart Festival. Every year, more than 60,000 people visit the community and more than 200,000 tarts of all shapes and sizes are consumed during festivities.

The organizers drew on some well-known individuals to decide who had the best tarts. Led by County of Renfrew Warden Debbie Robinson, she conferred with Town of Renfrew Reeve Peter Emon, MYFM morning radio host Jamie Cybulskie, Renfrew Business Improvement President Christine Oulette and Cobey Errett was given the nod as the public judge.

The organizers used the Midland model and had various levels including Amateurs who could enter into sub-categories of traditional, Valley Style and Specialty. The Professional level featured the same categories but were judged more critically because the bakers usually have more experience and are often the vendors found at any Farmers’ Markets.

There were entries from 31 participants and although the vast majority were traditional buttertarts, some with raisins and some without, there were some unique samples available for judging.

These included some with pecans and others with butterscotch or peanut butter. It is a sign of the times as some vendors prepared Keto buttertarts, a tart made specifically for people using the Keto method to reduce body weight. They contain no sugar.

Once the scores were tallied up Mrs. Dobec announced Kevin Gagnon of White Lake was the winner in the Amateur class. With his first-place red ribbon in one hand and a small prize in the other, the first-time entry could not contain his excitement.

“I jokingly told anyone who would listen that I made the Valley’s best butter tarts, hands down,” he said, trying to contain his laughter. “I just love buttertarts and I just do this as a hobby and since I won today, I may spend a little more time exploring other flavours.”

When asked to share the name of the ingredient that brought him the red ribbon, he just laughed and said, “not a chance.”

The Professional category red ribbon was awarded to Linda McKee of Grandma Garrett’s Kitchen from Ottawa.

“I wouldn’t really call me a professional as it is more of a fun hobby for me although I do have a booth in a few Farmers’ Markets around the area,” she said. “For a first-time event in Renfrew I was impressed on not only the high level of pride the ladies running it show, but I met a lot of friendly people today. I will certainly love to come back if invited.”

When the time came to pack up the hall, both Ms. Keller and Ms. England said it had been a wild week as owners of the Flamingo Restaurant and organizers of the festival. They also agreed that next year’s edition of the Renfrew County Butter Tart Festival will be back, and it will be bigger.