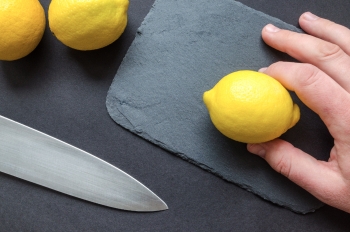 Scientists have developed a natural way to prevent discoloration of pastry dough during storage using a combination of white wine and lemon juice.

No matter if it’s grandma’s cookies or commercially produced rolls, pastry lovers expect their baked goods to have a certain “golden brown” allure – but only after baking. A white dough that changes hue during storage, however, can negatively affect the appearance and perception of the final baked product.

Now in a study appearing in ACS’ Journal of Agricultural and Food Chemistry, scientists report that they have developed a natural way to prevent discoloration during storage.

Pies, cakes and other pastry doughs are susceptible to enzymatic browning, a chemical process, driven by an enzyme called polyphenol oxidase (PPO). It’s the same process that causes bananas and other fruits and vegetables to turn brown. Commercial bakers often prepare dough days or weeks ahead of time, and this type of discoloration could reduce the appeal of the baked product and could lead to economic losses. Commercial additives can help suppress this reaction, but with more and more consumers requesting natural ingredients in their foods, manufacturers are seeking alternative ways to preserve pastries.

To address this concern, Peter Fischer and colleagues sought to find a more natural and sustainable way to inhibit enzymatic browning in pastry dough.

The researchers initially tested various synthetic additives and showed that they had different effects on dough. For example, some caused a slight discoloration when initially added, but prevented further discoloration upon storage, while others kept the dough white from the get-go.

After a series of experiments with white wine, grape juice and lemon juice, the researchers observed that a combination of white wine and lemon juice did the best job of inhibiting PPO activity and preventing enzymatic browning.

The authors acknowledge funding from Jowa AG and Swiss Food Research. The American Chemical Society is a not-for-profit organization chartered by the U.S. Congress that publishes and publicizes peer-reviewed scientific studies.