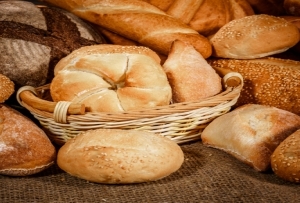 Among all generations, the baby boomers are the heaviest rye bread consumers compared those between 20 to 30 years of age who do not consume it. Sourdough and rye bread were equally popular by 14 per cent of the study’s respondents.

The surprising element was how price played a more important role than flavour, with consumers selecting cost over taste, according to Comax Flavor’s study. 57 per cent of respondents cited “taste” as only the second most important attribute when buying sliced bread.

Bread is a staple of many North Americans’ diet, but consumers are eating it less frequently and in smaller quantities. According to IRI data for 52 weeks, ending June 11, 2017, there was little change in the overall bakery sector, with a mere 0.1 per cent rise to $13.31 billion U.S. from the year prior.

“We recognize that the bread market is stagnant. Consumers are gravitating towards low-calorie, whole grains, artisanal and gluten-free breads and we wanted to better understand what’s happening among the general population,” stated Catherine Armstrong, Vice President of Corporate Communications for Comax Flavors, in a press release.

The bread study was fielded in September 2017 with 1,000 U.S. respondents aged 18 to over 70, evenly distributed between male and female.