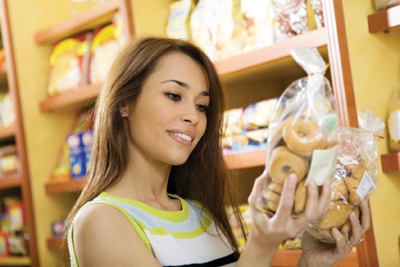 London, England – Clean label continues to be the on-trend buzzword in the fast-moving consumer goods sector, suggest the latest survey by Canadean. However, the latest consumer research from Canadean reveals a lack of consensus over what “clean” really means to consumers.

“The term ‘clean label’ resonates differently among consumers globally, and moreover a third of consumers [34 per cent] do not actually have any understanding of what it means at all,” said Melanie Felgate, senior consumer insight analyst for Canadean in a press release. “This may reflect the fact that the term ‘clean label’ is more widely used in industry than as a marketing claim in itself. However as the ‘clean’ movement gains mainstream traction, as reflected by the popularity of social media hashtags such as #cleaneating, it is important that marketers understand what ‘clean’ actually means to the consumer.”

Of those who do recognize the “clean label” term, Canadean’s Q4 2015 global survey revealed it is most likely to be interpreted as meaning products are free from artificial ingredients, are natural or organic, or are chemical/pesticide-free, while a smaller proportion of consumers also associate it with other attributes such as being allergen-free.

“The ‘clean label’ term generally resonates with consumers as an indicator that a product is natural or chemical-free,” said Felgate in the release. “However, the fact that a significant proportion of consumers don’t understand the term or interpret it to mean, for example, that a product could be gluten-free, suggests that brands should continue to place their marketing focus on core benefits, rather than simply promoting their products as ‘clean.'”

According to Felgate, the more the term is bandied about, the less impact it will likely have among consumers in the long term.

“What’s interesting is that in the U.S. where the clean labelling movement is arguably more advanced, almost half of consumers [45 per cent] do not understand its meaning. The lack of clarity may actually turn consumers away from brands marketed in this way, rather than promoting the simplicity that should underpin the ideals of clean labelling.”

So how can brands align with the clean label trend, without alienating consumers? The recent approach by U.S. coffee chain Caribou Coffee is a smart one, said Felgate.

“While Caribou Coffee promotes the removal of artificial flavourings as their ‘clean label pledge,’ the message given to consumers focuses strongly on the sensory benefits. The brand emphasizes the ‘realness’ of its ingredients to provide a ‘superior flavour,’ with slogans like ‘change you can taste’ and ‘it just got real’ taking centre-stage. Highlighting these sensory advantages will resonate much more strongly with consumers than relying solely on the potentially confusing clean label message to sell the brand.”

As more brands take steps to remove artificial ingredients from their portfolios, it remains to be seen how much weight ‘clean label’ will have in the future, especially as the philosophy behind the term increasingly becomes the norm rather than an exception. What is clear, according to Canadean’s media release, is that brands cannot rely on clean messaging alone to convince consumers to buy a product. Given that just one in 10 consumers would be willing to pay over 5 per cent more for a product claiming to be clean label, brands must focus on other core benefits, such as taste or health, to differentiate themselves and justify a premium.

All numbers used in this text are based on Canadean’s Q4 2015 global survey. This survey was conducted in conducted in December 2015, and is based on 27,185 respondents across 31 countries.