This holiday season is shaping up to be all about small indulgences with unique flavours. 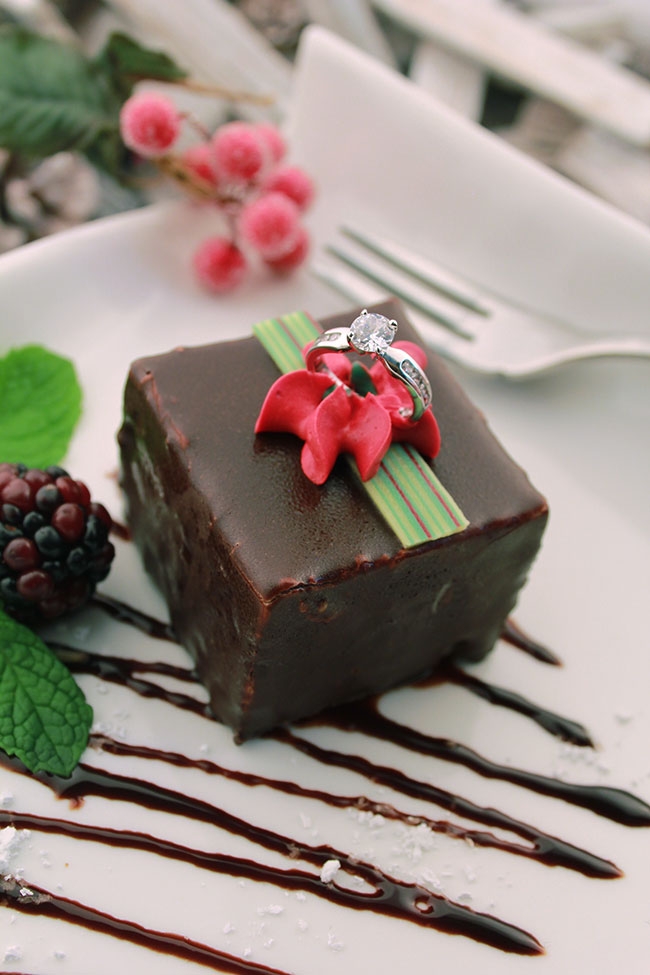 With preparations finalized and shelves fully stocked, Canadian bakers are ready for the hectic holiday rush. This year’s beautifully-crafted desserts give a nod to tradition, but with creative new twists that will have customers savouring fresh flavours into the New Year.

Dawn Foods’ quarterly magazine Batter Up notes that more than 75 per cent of shoppers plan to buy prepared foods this holiday season, with bakery pies and desserts making up 54 per cent of the demand. Exactly what are consumers buying? The century-old bakery supplier in Jackson, Mich., says top-selling items include cakes, like red velvet, brownies in festive flavours like peppermint, festively decorated cupcakes and specialty desserts such as Yule logs.

Anthony Low Sin, Dawn Foods’ national technical sales lead for Canada, says customers want conventional offerings with a twist. “I think people are trending towards traditional flavours, but there’s some new thinking out there that traditional is good, but they like to spice it up a bit.”

He suggests adding flare to old favourites like panatone or bundt cake. “A traditional holiday bread is panatone, so add some spice to that like saffron and cardamom, so you have a nice sweet, rich flavour profile.

Following the same principles, Low Sin recently presented a dual flavour bundt cake to Dawn Foods’ national sales team that was met with rave reviews. “Keeping in tradition with chocolate, I added a gingerbread spice and the team thinks it’s going to be a winner.”

Debbie Gust, president of WOW! Factor Desserts, agrees that classic offerings with a twist are in high demand. Her bakery is a family-run business that’s been in operation for 36 years, with its bakery headquarters located in Sherwood Park, Alta., and a distribution centre in Etobicoke, Ont. An onslaught of requests from customers for a freshly designed chocolate lava cake has spurred on a new offering from WOW! Factor this holiday season. “We’ve just launched a lava cake in a bundt-shaped format and when you heat it up it creates a molten lava of luxurious chocolate. Chefs are very excited about this one. It’s a twist on a classic dessert,” says Gust.

Other top performers in Gust’s lineup of seasonal goodies include harvest pumpkin cheesecake, rum and eggnog cheesecake, and midnight mint chocolate torte which resembles the flavour of Ovation mints. While these are expected to be big sellers from October through December, another trend is also causing a stir in bakeries across Canada: smaller portion sizes and grab-and-go formats.

According to Dawn Foods’ Batter Up, a third of consumers are more willing to order desserts when they’re in a smaller format. Wow! Factor has created an entire line of treats to meet this category. “We’ve really gotten into individual portion sizes of unique desserts,” explains Gust. “They’re different-looking and very popular for dinner theatres, hotels and banquet halls.”

Low Sin agrees that smaller, individualized options are trending among consumers. “Cupcakes are in again thanks to the lollipop cheesecake craze, so we’ve made cupcakes in the form of Christmas ornaments, for example, as a grab-and-go option,” he says.

WOW! Factor Desserts is focusing on small indulgences as part this year’s seasonal trends, which includes this chocolate dessert perfect for a holiday engagement

In Montreal, Ken Ilasz, owner of Ken’s Fruitcake, has taken his renowned 900 gram cakes and developed a smaller 300 gram option based on customer feedback. “Corporations and people looking at gift-giving are looking to give a gift basket with other things in it, so the formats that I had up until now didn’t really work for them because they were too big and expensive. Corporations have their threshold,” says Ilasz.

While he continues to offer his original 900 gram fruitcakes for $60, his 300 gram cakes retail for $20, giving customers greater flexibility and the opportunity to try several flavours for a similar price. Ilasz expects his top sellers this season to be his classic fruitcake in the smaller format, followed by the Trinite (macadamia, pecans and brazil nuts, infused with ginger). Duking it out for third spot is Ahidname (cranberry, pistachio and maple syrup) and Epiphanie (cranberry, cherry), both customer favourites.

With spicy traditional offerings and smaller formats shaping this holiday season, there are a few trends on the periphery that will also leave their mark. Gluten-free offerings continue to hold their ground and are crossing over into mainstream indulgence. Gust says Wow! Factor Desserts launched a peanut butter cheesecake in the gluten-free format this fall, joining a strawberry champagne cheesecake and turtle cheesecake already in the gluten-free lineup. “We’ve had blind taste tests with chefs and they can’t tell it’s gluten-free. People are astounded. We find when we don’t put a huge emphasis on a product being gluten-free, people are more willing to try it and it becomes something that the whole family can enjoy. Apart from the gluten-free logo, it just kind of blends into our cheesecake line,” Gust says.

Another craze making its mark in Toronto and nationally across the country is artfully created doughnuts. “Creativity is happening in the marketplace with a fusion of different flavours,” says Low Sin. “Instead of a typical chocolate or vanilla glaze, we’ve seen customers using green tea matcha powder to make a green tea doughnut, as well as other new Asian bubble tea flavours. Asians deep fry a lot of desserts, so they put their own little twist on that.”

For bakers looking to put their own spin on traditional desserts this holiday season, Low Sin offers this advice: have fun with flavours. “The three main things this year are flavour fusion, tropical tastes and spices. Don’t be scared to try a fusion of flavours, like cilantro brownie or pina colada, as well as Asian influences like green tea products.”