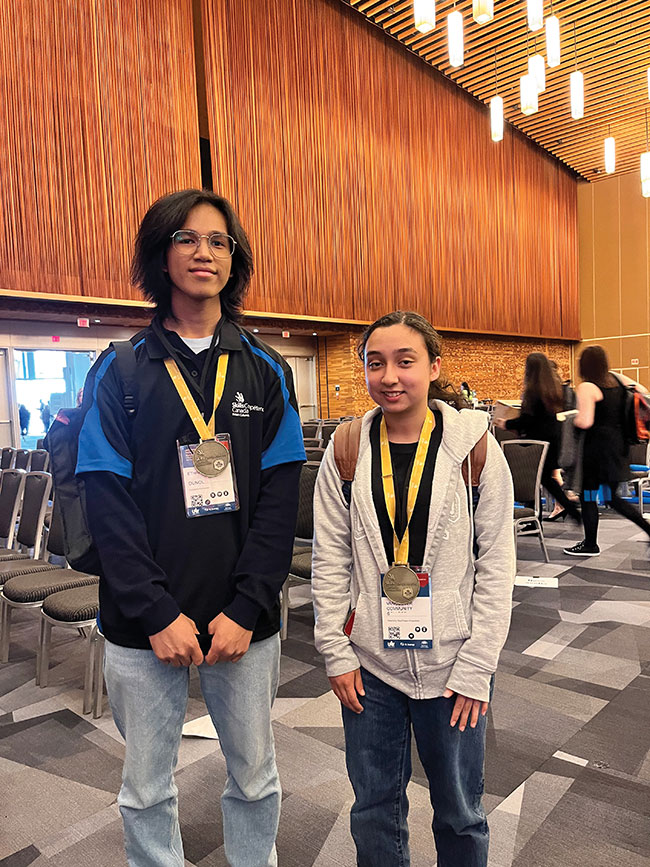 Jira Dunol of Vancouver Community College, who won gold in the B.C. provincial post-secondary baking competition and at the national level. Leila Pourshahriary of Delta Secondary School did the same at the secondary level. Congratulations to both and to all budding bakers! Photo: Skills Canada

Dunol went forward to compete at the national level May 25-27 and won gold! Max Bishop of Nova Scotia won silver and Hollie Rivera of Manitoba took home the bronze.

Like Dunol, Pourshahriary went on to compete in nationals and won gold for B.C. Says organizer Kimberly Tada, “It was a virtual competition for Secondary Nationals but we borrowed a medal for Leila to have a picture with Jireh.

At nationals, Cherry Paculanang of Alberta won silver and Michael Abellera of Manitoba won bronze in the secondary category.