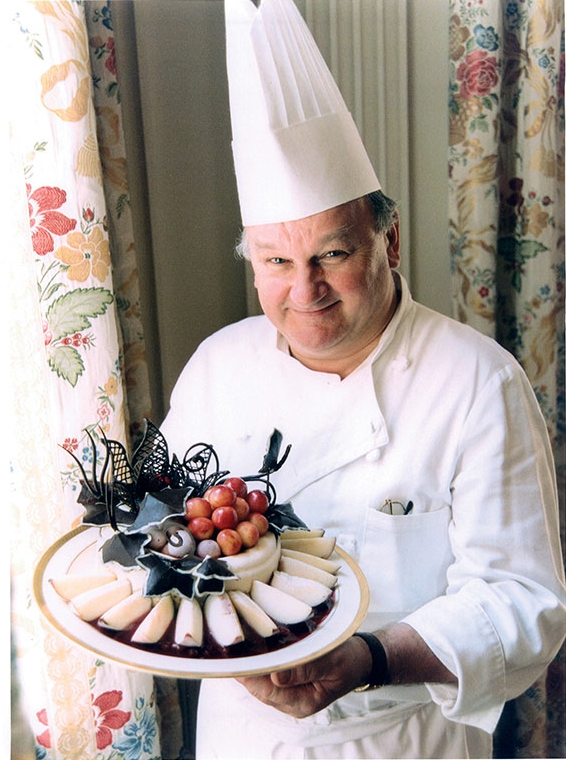 With shows like Cake Boss leading the way, the art of crafting ever-more-elaborate cakes has captured the public’s attention.

Some trends – cupcakes spring to mind – have a way of coming and going, but nothing seems to have the staying power of a tour-de-force, multi-tiered cake.

Whether it’s created to celebrate a birthday, wedding, anniversary or other special occasion, a showstopping cake is guaranteed to draw attention – and make awestruck mouths water in anticipation of the delightful flavours that will spring forth from it.

Satin Ice president Kevin O’Reilly saw a golden opportunity in the cake craze, and the result is the Satin Ice Cake & Sugarcraft Fair, Sept. 18-20 at the Orange County Convention Center in Orlando, Fla. In an interview with Bakers Journal, O’Reilly said he kept expecting another company to create a trade show specifically for cake bakers and sugar artists. But
none did.

“For the longest time I thought maybe Duncan Hines or Pillsbury would do this kind of thing,” he said, “but then I thought if no one is going to step up to the plate, maybe we should
do it.”

O’Reilly drew inspiration for the show, which will be open to both industry and public, from similar events he attended in Italy, Spain, the U.K. and Australia. Exhibitors at these shows, he says, were hawking tools for working with rolled fondant, but not necessarily the fondant itself. He noticed the popularity of demos using rolled fondant and realized it could be the basis of a new kind of trade show.

“It felt like a good product to build a show around,” he said. “The ultimate goal is to create an environment in which we can pull cake artists from all over the Americas and rest of the world.”

The Cake & Sugarcraft Fair will have space for some 200 exhibitors, and 30,000 people are expected to attend. Satin Ice is heavily promoting the show in markets in 65 countries around the world.

“As a company, we’ve made a huge investment into this show from a financial and time perspective, and it’s probably going to be a cost to us in the first few years,” he said. However, he added, “we are looking long term. We want to draw cake artists and keep them coming over the years. We want it to be an annual event that cake artists can rally around, where they can share ideas. A big part of it is focused on education as well as entertainment.”

CAKE PREZ
Roland Mesnier ticks both the entertainment and education boxes for O’Reilly. The former White House executive pastry chef served four presidents of the United States during his time at 1600 Pennsylvania Avenue, and he has barely slowed down since calling it a day in 2004.

Mesnier – who was born in Bonnay, France, and worked in Paris and Germany before coming to the United States – has published four books, with a fifth due out in October. He travels far and wide for speaking appearances and pastry demos. At the Satin Ice Cake & Sugarcraft Fair, he’ll regale the audience with tales from his 26 years at the White House. Unlike the politicians he served for so long, Mesnier is known for speaking his mind, often bluntly, which is exactly what he did in an interview with Bakers Journal.

“I don’t cater to the people I speak to,” he said. “I tell them the truth. I don’t tell them what they want to hear. I want honest answers even if those answers are brutal. Rome wasn’t built on being nice.”

For example, on the state of fine dining in the 21st century and how restaurant staff and menus overhype food quality, Mesnier had this to say: “I love what I do and I feel insulted when people try to sell me garbage. Isn’t it the role of the customer to say something is good and delicious?”

He believes fine dining has become overly focused on entertainment, and that chefs of all ages should re-dedicate themselves to their craft, instead of crafting a “personality” or other gimmick that
will sell.

“Most young chefs today are listening to the wrong people. They need to choose better mentors. Today, we have lost a lot of the share of the business because of that. People still go out to eat by the millions but they don’t go out because the food is so good. They go out because they don’t want to do dishes and they don’t want to cook. I grew up in a time when people went out to dine, not just to eat. People should bring back that culture of dining, with beautiful settings with fresh flowers and nice tablecloths. Today the tables don’t even get cleaned.”

Mesnier said, as executive pastry chef at the White House, he never prepared the same dessert twice, and he never consulted with anyone else when coming up with ideas – except for the first lady, of course, and the administration’s social secretary.

“I did not look at books or magazines. I definitely did not go on the computer and look at Martha Stewart,” he said. “[My recipes] were all adapted and made for the White House. It took a lot of hours but that’s what I wanted to do. I wanted to be a creator and not a follower. First ladies sometimes have a thing in mind of what they want to have and they share it with you. There’s no problem with that.”

Nancy Reagan was unequivocally Mesnier’s favourite first lady to work for. “I liked to work with Mrs. Reagan because she was so demanding; she was
a perfectionist. It’s good to work with someone like that. It drives you to perform.”

Reagan’s striving for perfection was a perfect match for Mesnier, who believes too many chefs see the restaurant and foodservice industry as a way to enrich and/or promote themselves, when instead they should seek out work that will spur professional and artistic growth.

“What I wanted was to do beautiful, beautiful work. I wasn’t thinking about being famous or anything like that,” he said. “When you see my work, I am not afraid to say you will not find anything like it from anywhere else. My work is my work and you can’t take that away.”