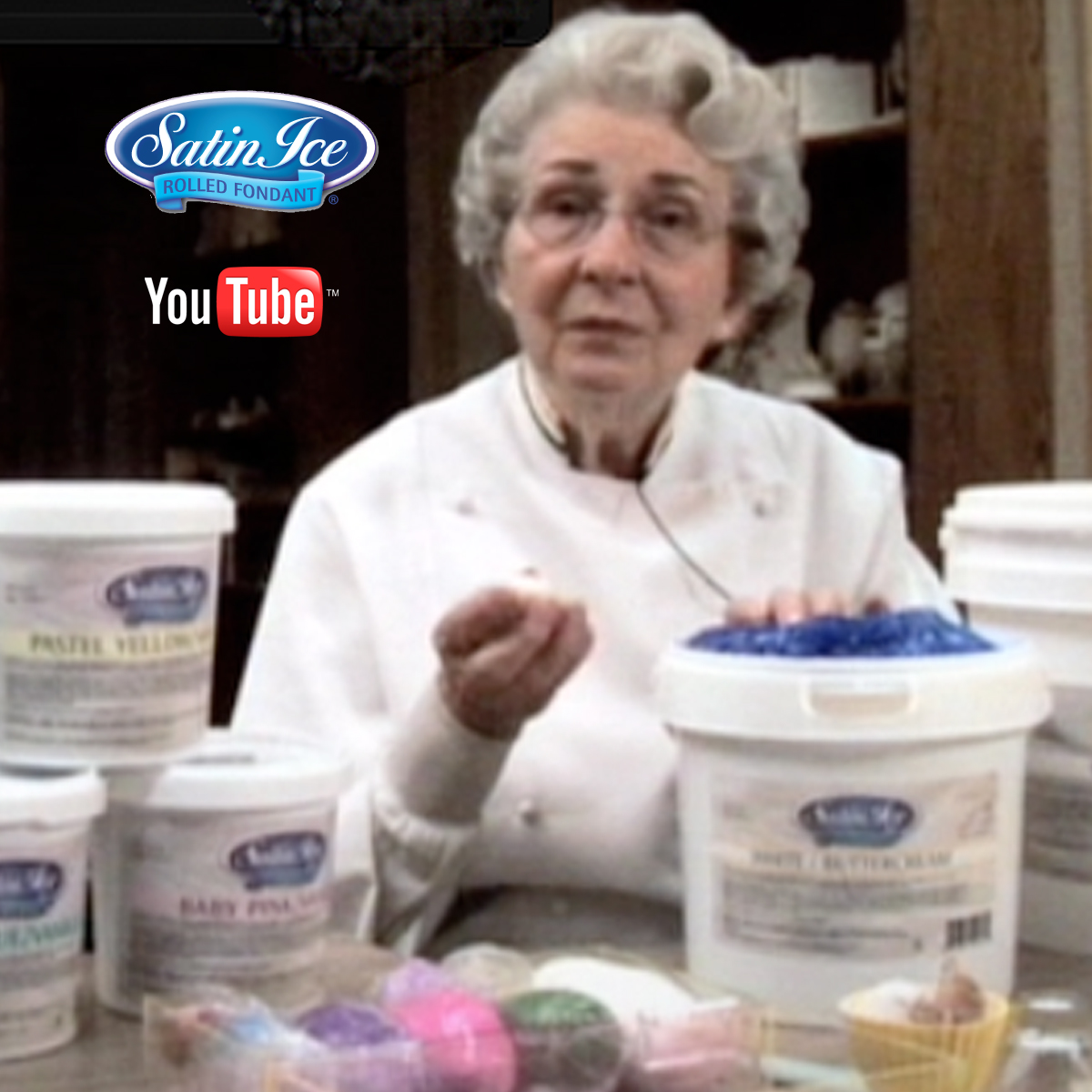 A new line of videos starring long-time cake decorating innovator Betty Van Norstrand will also run on the Satin Ice YouTube channel. Van Norstrand’s artistry has won her numerous awards, including gold and silver medals from the Culinary Olympics in Frankfurt, Germany, and gold medals from the American Culinary Federation. She has also been recognized by the Salon of Culinary Arts, New York Coliseum and Javits Center, the Societe Culinaire Philantropique of Switzerland, Recontres Professionalles of France, and many more. Van Norstrand was inducted into the International Cake Exploration Societe (ICES) Sugarcraft Hall of Fame in 1987.