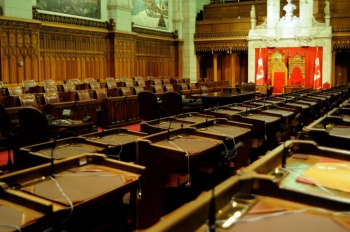 Cereals Canada thanked the Government of Canada, Minister James Carr, Minister Lawrence MacAulay, and all parliamentarians for the quick passage of Bill C-79 through both houses of Parliament in a press release.

The bill was created to allow grain and livestock groups greater market access in Asia. Royal Assent of the legislation allows for prompt ratification of the Comprehensive and Progressive Trans-Pacific Partnership (CPTPP) and entry-into-force of the agreement before December 31, 2018. Achieving this outcome will enable Canada to unlock the CPTPP’s full benefits.This promises a chance for a profitable partnership to sell grains, flours and livestock overseas.

“The CPTPP will help increase incomes for all parts of the value chain, including farmers, while supporting jobs and economic growth. This is good news for Canada,” said Cam Dahl, President of Cereals Canada.“ The CPTPP will expand Canadian access to countries like Japan which are essential for Canada to achieve the target of $75 billion dollars of agri-food exports in 2025, the growth target set in the 2017 federal budget,” he added.

“Asian markets are a key to the future growth of the agri-food sector. Japan already imports $4 billion in Canadian agri-food exports annually. The passing of C-79 and subsequent ratification of the CPTPP will allow for the opportunity to transform our Asian footprint,” continued Dahl.