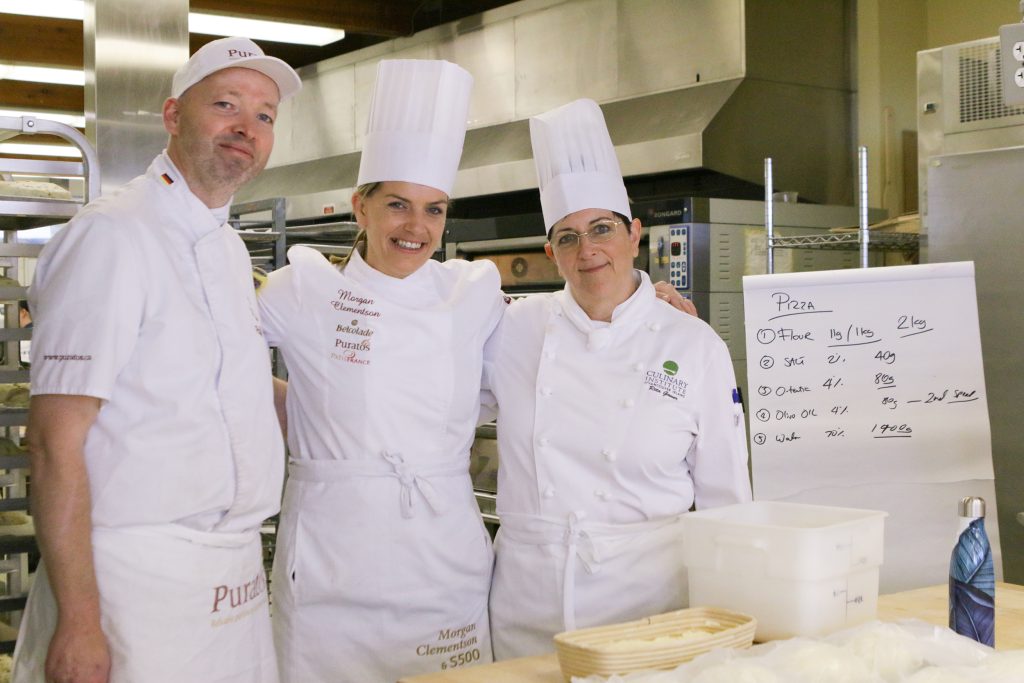 Rita Gower, chef instructor and chair of the Culinary and Professional Baking and Pastry Arts programs at Vancouver Island University, recently retired from VIU and the Baking Association of Canada where she served on the B.C. Chapter committee.

According to VIU, Gower started out in the culinary world as a Red Seal cook, apprenticing under Culinary Olympics luminary Fred Zimmerman in Calgary. Soon after, she realized that baking and pastry were what she really loved to do. She worked as a pastry cook at two high-end restaurants in London’s West End, followed by two years at Vancouver’s Meridien Hotel (now the Sutton Place) and two years at Sooke Harbour House.

Gower also been the owner/operator of several small baking businesses. She has been at VIU since 2004 working as an instructor in Culinary Pastry and Professional Baking. She has a Red Seal in baking and in 2016 earned a master’s degree in education. She took over as chair of the Professional Baking Program in 2018.

On behalf of the BAC and the BC Chapter, Martin Barnett, executive director of the BAC, described the key role Gower played in the profession, the industry and the association, and thanked her for her service:

“Rita Gower has spent the best part of the last two decades supporting baking and culinary education through her work at Vancouver Island University. She has decided to hang up her chef’s hat and embrace new adventures with her husband, Len. I had the pleasure of being Rita’s colleague at VIU.

“She was the perfect colleague: whenever we came up with crazy ideas, Rita would look skywards, roll her eyes, get out her notebook, write down all those ideas and make them work. Whether it was taking 40 students to Europe, (we did that crazy journey five times!) organizing international bakers to present to our industry and students, or fund raising by taking ‘bake-sale’ to another level, the projects were always planned in detail, records kept perfectly, and nothing was forgotten.”

Barnett singled out Rita Gower’s significant work in educating the next generation: “She gained her masters in education by researching how students of different backgrounds learned and how instruction could be improved for all students regardless of stereotypes and perceived challenges.”