June 16, 2010, TORONTO – Toronto restaurateurs in the downtown core are bracing for a huge drop in sales as the city locks down for the G20 summit this month. 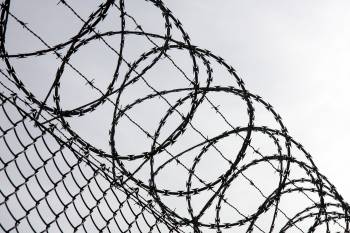 June 16, 2010, TORONTO – Toronto
restaurateurs in the downtown core are bracing for a huge drop in sales
as the city locks down for the G20 summit this month.

While a
small number of venues were selected to host official events, the vast majority
of restaurants will be off limits to visitors and locals during what is
traditionally the busiest time of the year.

“The government
is literally putting up barriers between restaurants and their customers,” says
Garth Whyte, president and CEO of the Canadian Restaurant and Foodservices
Association (CRFA). “Last summer the stink of a garbage strike kept patio
customers away, this year it’s a security fence.”

The CRFA
will be monitoring the impact of the G20 summit on its members, but the losses
are expected to be significant. Even Mayor David Miller recently recommended
that tourists avoid Toronto the weekend of the summit, and major events such as
a Blue Jays series and Mirvish theatre shows have already been canceled or
relocated. In addition, many major employers in the downtown core have
instructed their staff to work from home, which will further cut into business.

The
government has promised to reimburse businesses for “losses related to
extraordinary security measures,” and business owners will have to follow an
onerous process that will cost them even more time and money. Businesses will
not be compensated for property damage that may occur during the Summit.

“The
government has created a club with winners and losers,” says Whyte. “For those
who weren’t invited to the party, this is going to be very costly.”

There are more than 8,000 restaurant operators in the city of Toronto, employing almost 85,000
people.