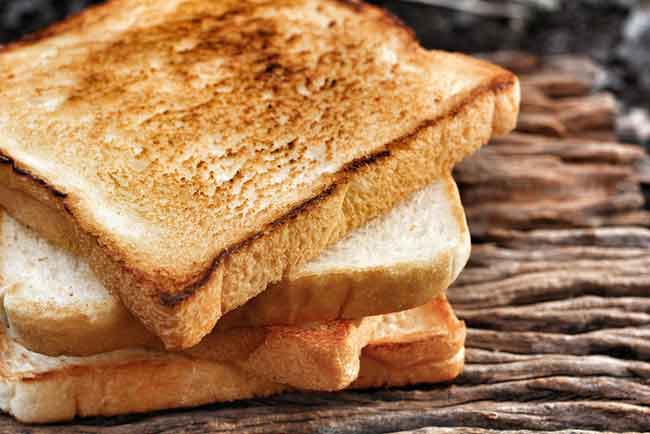 boost the acrylamide many times above the Photo credit: Shutterstock

Since the discovery of acrylamide in food products in 2002 it continues to cause concern as a potential carcinogenic public health risk in many manufactured foods and beverages.

From a baked goods perspective, almost all products will contain acrylamide due to the ubiquity of the precursors—reducing sugars and asparagine—and the practice of using cooking temperatures above 120 C. This becomes even more problematic during post-manufacture consumer/restaurant toasting or heating, as this can boost the acrylamide many times above the level found in the original product.

While fried potato products such as French fries and potato chips contain the highest levels of acrylamide and get the most media attention, baked goods, such as breads (soft and crisp), pretzels, crackers, etc., also contain acrylamide. In fact, when adjusted for consumption levels, baked goods actually contribute 40 to 50 per cent to the average person’s overall daily dietary intake of acrylamide.

Among key concerns is the risk to children. According to Health Canada, children consume twice as much acrylamide each day per kilogram of bodyweight compared with adults.

In recent years, Health Canada and other government regulatory authorities around the globe have weighed in with reports advocating measures to mitigate the amount of acrylamide contained in all food products. Most recently, in June 2016, the U.S. Food and Drug Administration (FDA) issued its voluntary mitigation guidelines. While no agency has yet enacted mandatory allowable limits, it appears the European Food Safety Authority is planning on setting these in 2017, with ALARA (as low as reasonably achievable) levels possibly being the goal.

Given the widespread consumer movement toward clean labels and healthier food production, reducing acrylamide levels to as low as possible is likely to be welcomed by both governments and consumers.

An innovative non-GMO baker’s yeast with the ability to reduce acrylamide in baking products by up to 90 per cent with no changes to the production process is now being made available for industry testing from Renaissance Ingredients Inc. of Vancouver.

Renaissance recently achieved a milestone toward commercialization when the FDA issued a no-objections letter to the yeast’s status as GRAS (generally regarded as safe), the same status as conventional baker’s yeast. With respect to Canadian regulations, the acrylamide-reducing (AR) yeast is moving through the process of novel foods approval, with no major hurdles identified.

“FDA GRAS status is good news that confirms our acrylamide-reducing yeast to be safe, but with the added ability to greatly reduce the amount of acrylamide found in the final baked product,” says Dr. Matthew Dahabieh, president of Renaissance Ingredients. “Our lab-scale testing confirms its effectiveness, and now we invite bakers to test the yeast in their unique baking processes to see how low they can reduce their acrylamide levels.”

80 per cent reduction
Since it is an industrial baker’s yeast strain, Renaissance’s AR yeast can replace the conventional baker’s yeast currently used in most baking applications. In-house laboratory testing conducted by the company on white and whole wheat baked bread found that AR yeast consistently delivered an 80 per cent reduction in acrylamide.

“These results indicate the efficacy, simplicity and seamlessness presented by using our AR yeast in a broad variety of baked goods,” notes Dahabieh.

Levels in toast also reduced
Acrylamide levels increase significantly after toasting and other cooking. In Renaissance’s laboratory testing, dark toast made from white bread leavened with conventional yeast contained up to 195 parts per billion (ppb) of acrylamide — 6.5 times more acrylamide than the same piece of untoasted bread. Similarly, dark toast made from whole wheat bread contained up to 300 ppb — 8.5 times more acrylamide than the untoasted bread itself.

“Our AR yeast has demonstrated excellent consistency in reducing acrylamide by 80 per cent across all levels of toasting,” adds Dahabieh. “In many cases, the acrylamide content of dark toasted bread made with our yeast is less than that of untoasted bread made with conventional baker’s yeast. Essentially, our AR yeast eliminates the significant increase in acrylamide that’s produced when bread and baked goods are toasted or cooked further at home.”

Given this performance, Dahabieh notes, “Renaissance is now ready to move to the next stage. We’re steadily advancing and it’s an exciting time.”

Steve Campbell is a Vancouver-based communications consultant who writes for and about food technology companies.  He can be reached via e-mail at scampbell@campbellpr.bc.ca.