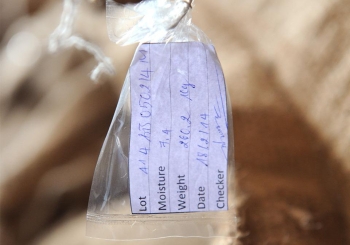 After the introduction of its Cacao-Trace sustainable cocoa sourcing program in Vietnam, Côte d’Ivoire and the Philippines, Puratos is now launching the same program in Papua New Guinea.

Puratos first set out fermentation guidelines. The company then established quality controls over small batches  lot by lot, rather than by the container load. Puratos also adapted the drying systems.

These three new methods allow PNG cocoa beans to achieve their full authentic flavour potential, differing greatly from the Papua New Guinea’s method, which use a fire-drying process which produces a smoky taste to their cocoa beans.

With the new three step program in place, it is monitored and continuously improved in line with Cacao-Trace certification guidelines. In the six months that it has been running, Puratos reports that the program has already had a very positive impact on the environment and the livelihoods of local communities.

As a next step, the Chocolate Bonus will be implemented, to improve the benefits for the communities even further. Finally, the center will be organically certified, resulting in a unique and sustainable organic chocolate.