Do you know what to you do if you have a factory recall? 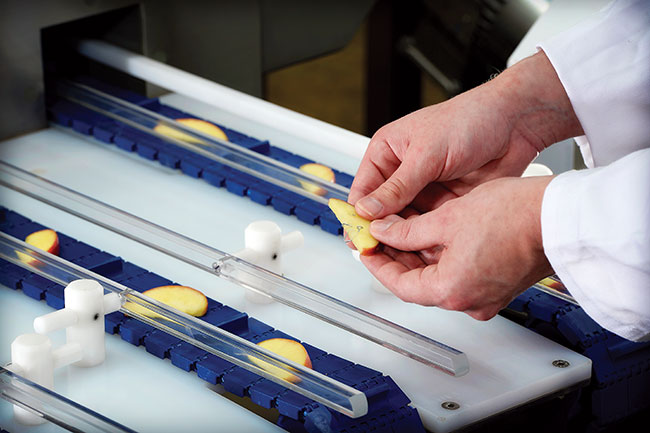 Short-term thrift with equipment may have an adverse effect on food safety, putting a business and brand reputation in jeopardy. Photo: image courtesy of fortress technology

Any food recall incident is a crisis situation that requires quick action to mitigate any longstanding financial and reputational damage. Fortress Technology examines the different factors that can make food operators more vulnerable to a recall, even with inspection equipment in place.

Aftershocks of the COVID-19 pandemic are placing global food and supply chains under even greater pressure. Although the sector has stayed largely operational, as eating and spending habits change, and retail pricing pressures escalate, adjusting to this uncertain landscape and maintaining robust contingency plans has become even more critical to survival.

During these challenging times, cost cutting measures could have an adverse impact on food and drink safety, resulting in a rise in recalls cautions the inspection specialist.

The threat of ignoring these risks is significant. In one study, the FDA found that approximately one quarter of all food related complaints it received over the course of a year involved the presence of a visible foreign contaminant. This same study indicated that nearly 15 per cent of the complainants had reportedly suffered an injury or illness, which they attributed to the foreign material.

As the global food supply chain grows increasingly complex, the FDA’s Food Safety Modernization Act (FSMA) has shifted focus from response to prevention and drives the adoption of track-and-trace technologies in all sectors. Despite stricter regulatory measures to prevent physical hazards from occurring, recall incidents increased in the US by ten per cent between 2013 and 2018, a major contributing factor linking a rise in physical contaminants, including metal, glass and plastic.

These findings imply that short-term thrift with equipment may have an adverse effect on food safety, putting a business and brand reputation in jeopardy. Understanding how to optimize metal detection systems is not just good business practice, it also forms a critical part of the planning for a recall process.

News of a recall spreads fast on social media, and often leads to a reduction in sales and a loss of confidence in brands. In fact, according to a Harris Interactive poll, 55 per cent  of US consumers reported that they would switch brands temporarily following a product recall, while 21 per cent said they would avoid purchasing any brand made by the offending manufacturer.

Quality assurance often runs deeper than the obvious. Rather than considering the ‘if’ it can be prudent to think instead about the ‘when’. To mitigate future contaminant risks means you are not looking for patterns but future potential holes in the security chain. From a practical perspective, food processing inspection risks should be reviewed every 12 months as part of a defined HACCP assessment.

The speed at which a food company can publicly pinpoint the source of a contaminant is imperative and can minimise the damage caused by a recall. While inspection systems such as metal detectors and x-ray are an integral first step in quality control, proper management with regular testing is vital to ensure optimum protection is achieved.

From HACCP to HARPC

Under the FSMA, the longstanding Hazard Analysis and Critical Control Point (HACCP) principles have been superseded by Hazard Analysis and Risk-Based Preventive Controls (HARPC). The biggest difference is that HARPC standards extend beyond Critical Control Points. Food processors must document all potential product risks, including planning for potential terrorist acts, intentional adulteration and food fraud.

Canada too updated its food safety system at the start of 2019, implementing new Safe Foods for Canadians Regulations. As well as affecting the Canadian food industry, it requires companies that export to Canada, especially the United States, to have a SFC license. Canada’s new rules place greater emphasis on hygiene and hazardous-based preventative controls. This includes a new standard on recording the chain of custody from the start of production to point of sale.

Food producers and packers clearly need to comply with legislative requirements. But in reality, it is supermarkets and club stores who are driving food safety compliance right down the food chain – a trend that is partly due to the power consumers now wield through social media. In the event of a food safety incident, an individual may not even try to take up the issue with the retailer or food producer, instead going straight to social media. As a result, supermarkets too are taking food safety matters into their own hands and insisting that all suppliers install metal detection if they are to retain shelf space.

When balancing the risks and rewards of investing in optimized metal detectors systems, many users don’t perceive them as generating value for their business beyond the need to comply with customer demands, such as codes of practice. However, short-term thrift could be an expensive mistake in the longer term.

Any food manufacturer should look at this from a risk management perspective. Think of it like fire insurance. No one intends to allow metal to contaminate their food products any more than they intend to burn down their factory, but that doesn’t stop them from investing in fire protection and insurance. In the same way, investing in metal detection reduces the risk of a company’s hard-won reputation for food safety going up in flames. By weighing the cost of equipment versus the cost of a product recall, the decision to invest in good quality inspection equipment should a simple one. / BJ