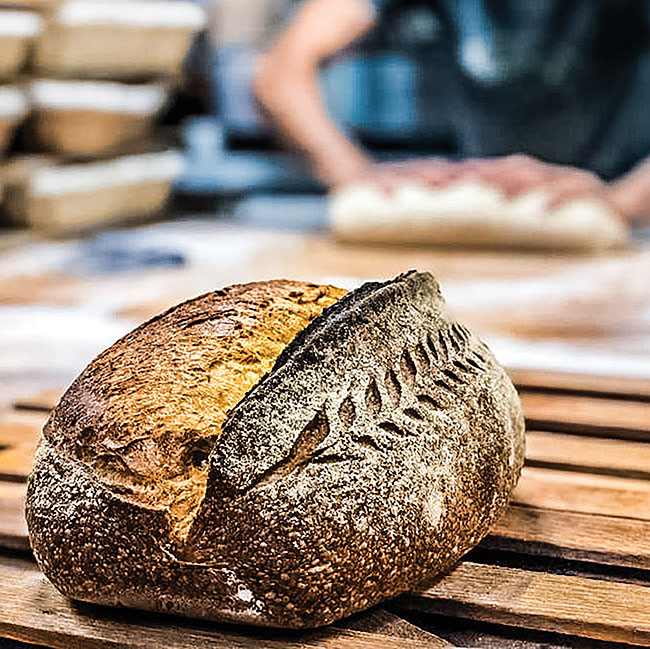 The allure of baking with whole ingredients that are organic and better for the environment are often part of the appeal of artisanal baking.

More than ever, customers are insisting on organic foods. According to Agriculture and Agri-Food Canada, annual retail sales of certified organic products in Canada are approximately $6.38 billion and have increased by almost $3 billion since 2012. For many who dwell in British Columbia, this has been a way of life for decades.

Aphrodite’s, in Vancouver, British Columbia, is more than just a pie shop. It is also committed to wild, organic, local, and sustainable foods. “We work directly with local farmers and producers to ensure that our menu has the smallest ecological footprint possible,” says owner Peggy Vogler. Aphrodite’s works with more than 20 farms, producers, and suppliers.

Pies have built the business. “Most of our pies are double crusted and traditional, with pinched edges. And our list remains pretty much standard. Our customers have their favourites that they always return for.”

Pies on the menu include raspberry rhubarb, strawberry rhubarb, blueberry, and peach, “We only make peach pie when peaches are in season,” says Vogel.

As for apple pies, she says it is hard to stick with the local organic produce. “Local apples sell out quickly, and do not last in storage throughout the winter.” Most of the apples in Aphrodite’s pies, come from New Zealand, through trusted suppliers, as do other items that are not grown in Canada. Another pie that sells extremely well is the pumpkin variety. As soon as fall begins, these pies are on the must have list. Sales go wild leading up to Thanksgiving and then continue straight through until Christmas.

At Beyond Bread, Head Baker, Nicholas Gagnon, trained the old-fashioned way. “I travelled to France to learn from three different bakers. One in Normandy, one in Provence and one just outside of Toulouse,” says the Quebec-born Gagnon.“I lived at the home with each baker for one month and worked for free. In exchange they gave me their knowledge,” Gagnon says. “What was special about each baker, is that they grew and milled their own organic grains, before baking the bread.”

“As a baker you want to be able to produce the best bread that you can. This means good fermentation and a good taste. The best way to do this is with organic grains. At Beyond Bread, we search for local, organic, heritage grains,” says Gagnon. The top selling bread is the white sour dough, made from a blend of organic flours including white, as well as seven percent rye flour and two percent whole wheat.  The whole wheat sour dough is the second top seller, made with a blend of 70 per cent whole wheat flour and 30 per cent Marquis wheat. “The starter is fermented using our rye mother to add an extra tang to it,” says Gagnon. 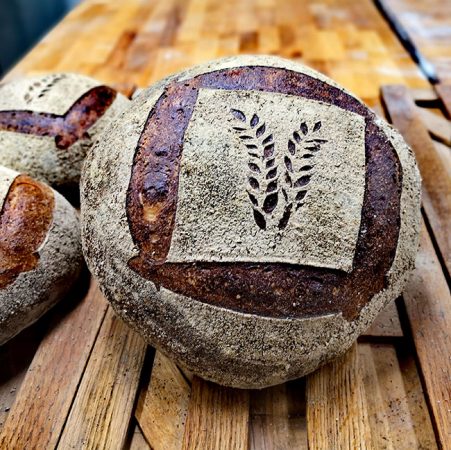 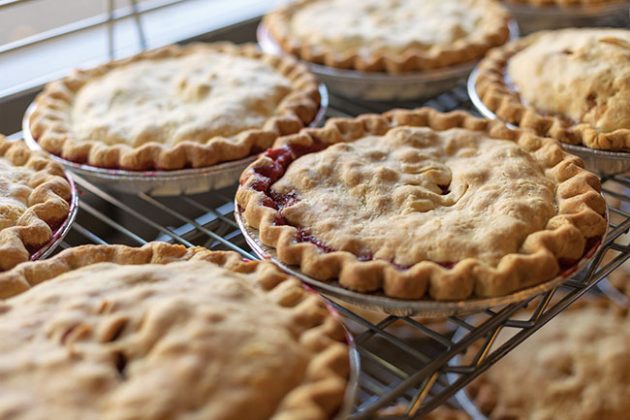 Customers who want something a little sweeter can pick up the Fig and Walnut Bread, made with 90 per cent white flour, eight per cent rye and two percent whole wheat. Over the Christmas holidays, stollen is added, along with Hutzelbrot, a bread made with a base of rye flour and a rum soaked fruit and nut mixture added.

“We are continually experimenting with making different kinds of breads. We offer customers a bread of the month. Here we might add ancient grains like Einkorn or kamut,” says Gagnon.

Wild Fire Bakery started making sour dough bread and selling it at the local market, in Victoria, British Columbia. Bread would sell out in mere hours, so, in 2000 they decided to set up a brick-and-mortar shop. Today, to keep up with demands, there are a team of over 20.

Flour is still at the base of everything they do, and they mill it themselves, ensuring freshness. Top selling breads include: a rustic white containing unbleached, whole wheat and whole spelt; and whole wheat, with three types of seeds.

The menu, has expanded through the years to include other baked goods. The muffins are all made with spelt flour. The top seller by a landslide is the zucchini chocolate chip. And for snacking there are the ever-popular Vegan Crumble Bars, “These bars are delicious and wholesome, which is why people love them. They are oat based and we use frozen cherries, apple, pear, and spices,” says Erika Heyrman, bakery owner.

Several dozen pies are made from scratch, to bake off or freeze, each week, as well as other fruit-based desserts. Wild Fire Bakery always strives to buy local organic produce, from the interior of British Columbia and into Washington State, working directly with the farmers.

Between 200-300 pounds of rhubarb come through the kitchen each year, as well as other favourites, such as cherries and peaches, “What we don’t use immediately, we chop and freeze for later.” As for berries, they come in already frozen from a local farm.

“We believe in enhancing the beauty of the ingredients and letting it shine through.” When it comes to cakes and pastry, this could mean eliminating some of the sugar. “When we use apples for example, we really want the taste of apple.

Initially, when Heyrman started the bakery, everything was certified organic, today she will work with local farms that do not have the certification if she likes the methods and practices used. Heyrman keeps her standards high, noting the commercialization of organic over the years, “Just because it is organic, doesn’t mean we are going to use it.” And, while most ingredients used at the bakery are organic, Heyrman stresses quality is far more important than a label.

As the demand for organic increases, bakers and pastry chefs would be wise to increase production, while keeping this in mind. Organic is associated with healthy, and in today’s climate, health is a top priority.