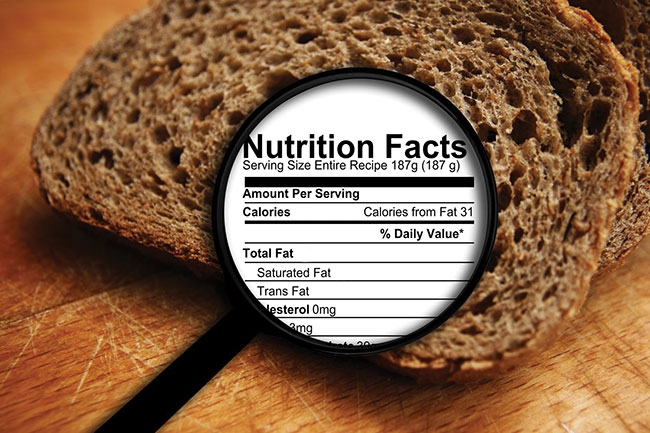 The debate over what should or shouldn’t be on Nutrition Facts Tables and ingredients lists has reached the highest levels of government.

F ood legislation is a science-based discipline. Every proposed new food regulation – whether it’s as minuscule as an extended use of a previously approved food additive, or as wide-sweeping as the regulatory review of a genetically modified food crop – is evaluated on its scientific merit.

The lengths to which some regulators will go to in the pursuit of a scientific foundation of proposed food law is admirable. Exemplary quotations from consultation documents published by food regulators include: “Is this scientifically sound?” or “an important scientific issue associated with this proposed rule is …”

Despite all the grumbling and posturing about Canada’s food laws, it is a rare occurrence when a Member of Parliament addresses food labelling legislation in the House of Commons. Past incidents include a private member’s bill in 1998 to mandate nutrition labelling on processed foods, and, the late Jack Layton’s proposed bill in the House of Commons in November 2004 to ban trans-fats in the Canadian food supply.

Food labelling legislation would not be addressed again in Parliament until the 2013 Speech from the Throne – which outlines the priorities of the government for the coming session of parliament – in a commitment to “consult with Canadians on how to improve the way nutrition information is presented on food labels.”

It is not known how much political and upper-echelon support has been granted to the nutrition scientists at Health Canada in the past. However, what can be stated with certainty is that the current Canada’s Food Guide to Healthy Eating survived the tenure of four different Ministers of Health before its eventual launch in 2007. Secondly, a Speech from the Throne directive for better nutrition labelling in Canada is both unprecedented and appreciated.

As promised, the government did consult with Canadians on food and nutrition labelling – albeit a limited cross-section. Focus groups were conducted across Canada on parents, as the Minister of Health sat with the focus group participants and a moderator posed questions on food and nutrition labelling in Canada. The findings of these focus groups were collected into a document entitled What We Heard. In July 2014, Health Canada’s proposed changes to the Nutrition Facts Table, the List of Ingredients and other information on food labels were released in a five-part consultation document, open to response for the standard 60-day consultation period, along with the What We Heard findings.

It is unknown exactly how much weight Health Canada has placed on the What We Heard data. If it is intended to reveal the level of food illiteracy of Canadians, it pales in comparison to what seasoned food and health professionals have heard, first hand, throughout their careers. Try us.

If the What We Heard findings are intended to substantiate the proposed changes, the scientific basis of food legislation has been compromised. First, the presence of a major stakeholder such as the Minister of Health within a focus group panel violates the basic research protocol principles of non-bias and no undue influence. Secondly, one cannot base policy, nutrition strategy nor food labelling legislation on focus group findings, as the data is anecdotal. Thirdly, yet not lastly, many of the food and health professionals who are charged with teaching and explaining food labelling to consumers were left wondering why they themselves were not consulted by the agency prior to publication of the proposed changes, especially given, even to the professionals, the confusing nature of some of the suggestions. It is also unknown if Health Canada intends to conduct robust consumer research to evaluate the effectiveness of some or all of its recommendations.

One of the proposed changes – such as the grouping of all monosaccharides together in the List of Ingredients headed with the term “sugar” – is purportedly desired by consumers who wish to avoid sugar yet are unable to recognize sources of sugar, such as corn syrup, fruit juice concentrate, glucose, etc., in the ingredients list. No mention is made of the consumer who wants to decrease fat intake and who also is unable to recognize the following as sources of fat: mono and di-glycerides, lard, shortening, ghee and, in some cases, vegetable oils.

Since the food label is to serve a wide cross-section of the population, one need ask why the needs, wants and desires of the sugar-seekers are to be trumped by those of the fat-finders. There appears to be a disconnect between the proposed Nutrition Facts Table and the proposed List of Ingredients format.

Both scientific and enforcement integrity are at stake regarding the proposed declaration of added sugars in the Nutrition Facts Table. The only means by which the CFIA could verify the validity of an added sugar declaration is through paper-trail scrutiny of the product formula of both domestic and foreign manufacturers – at a time when the agency is re-aligning its limited resources so as to focus on the prevention of food safety hazards and the maintenance of food safety standards.

Health Canada’s suggested changes are far from final, as the agency continues to review and summarize the 8,000 responses received in response to its proposals. Next steps would be publication of the proposed legislation in Canada Gazette I, the formal public consultation phase. The extraordinary 2013 Speech from the Throne promise to “consult with Canadians on how to improve the way nutrition information is presented on food labels” should be taken to mean all Canadians, including MPs. And like all proposed food legislation, it must be evidence-based.

Since the public consultation process is part of the regulator’s scientific assessment, it is of paramount importance that only robust food science, nutritional science and consumer research science be factored into any food and nutrition label modifications. With the Speech from the Throne having legitimized the importance of nutrition labelling in Canada, take the cue. Become politically involved, make your views known to your MP, and insist that nutrition and food labelling in Canada be true to science.

Carol T. Culhane, PHEc, MBA, is the president of International Food Focus Ltd. (www.foodfocus.on.ca), a food industry analysis and business development firm that provides marketplace validation and regulatory compliance services to the food and allied industries. She is a professional home economist and holds an MBA from the University of Ottawa and a certificate in International Food Law from Michigan State University. Culhane has been recognized by Women in Food Industry Management as Entrepreneur of the Year and is a part-time instructor at Ryerson University’s School of Nutrition.