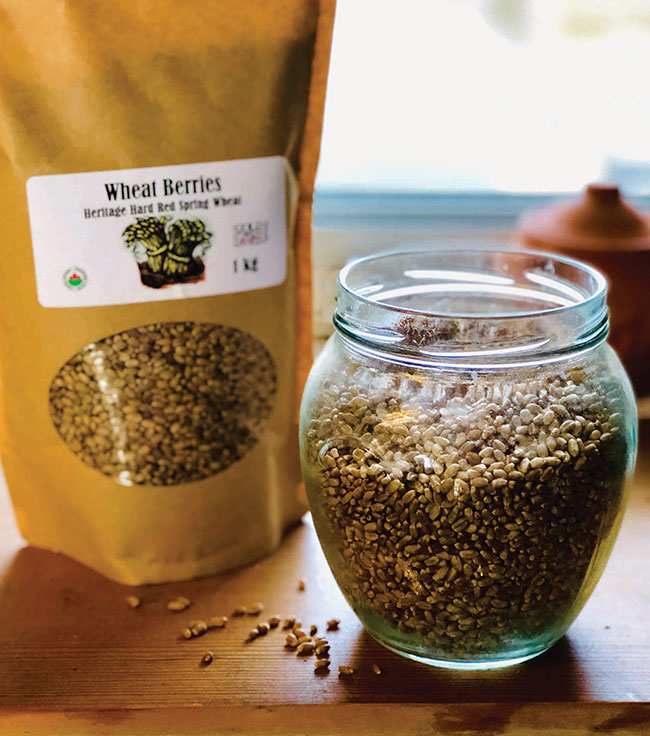 Gold Forest Grains is modern wheat-free farm, that grows both ancient and heritage grains in Alberta.

Farmers, millers, and bakers, are turning back the hands of time, by reintroducing ancient and heritage grains. For consumers this means new tastes, textures, products and added nutritional value. Touted for their health properties, ancient and heritage grains are higher in protein, fibre, vitamins, and minerals than modern wheat and have become key industry buzz words.

Historically, over ten thousand years ago, ancient grains were reported in the Fertile Crescent, stretching through the Middle East, from Iran, over to Israel and to southern Turkey. The earliest strains of wheat included einkorn, a word meaning single grain, as well as emmer, also known as farro. Some ancient grains are not even grains but seeds. Think buckwheat, quinoa, or millet. Yet, in culinary use, all are consumed in the same way.

Heritage grains, also known as heirloom have been pollinated through natural sources such as birds and insects. These seeds were passed down through the generations. When European families moved to Canada, in the 1800s and 1900s, they brought seeds with them for their farms. Red Fife is a popular example of an heirloom grain, that was originally imported to Canada from Scotland, via an Ontario-based farmer named Fife, in the 1880’s. Today, many heirloom seeds are available commercially.

An increased demand for wheat grew, after World War II, during the modern industrial revolution of 1945. Modern wheat, a hybrid of dwarf wheat was developed, to increase crop yield and standardize flours for the commercial food industry.

Gold Forest Grains, a farm located just outside Edmonton, Alberta in Sturgeon County, prides themselves on being a modern wheat free farm, that grows both ancient and heritage grains. All their products are Non-GMO, grown without the use of any chemicals, herbicides or pesticides and is certified under the Canadian Organic Regime, by Pro-Cert Organics. 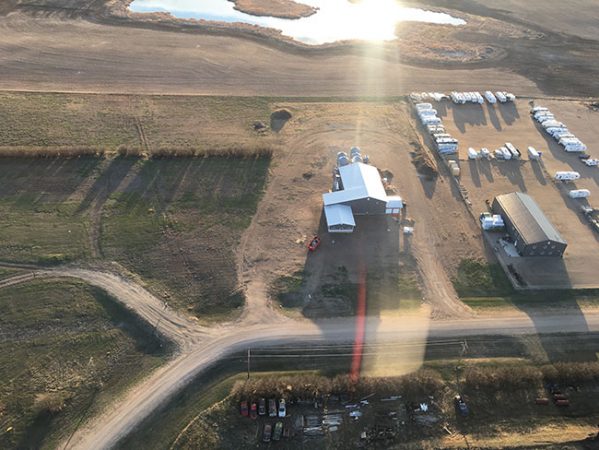 The Nunweiler Flour Company in Saskatchewan harvests Certified Organic Grains from a dozen family farms in the prairies.

To make hard wheat flours the farm grows Red Fife. Then, there is Park Wheat, a natural cross between the Red Fife and Red Calcutta plants, which Schneider says helps produce exceptional sour dough bread. Both Red Fife and Park flours are sold containing the whole grains or sifted for baking a lighter final product.

The most impressive products at Gold Forest Grains, if just for the dedication these crops take, is the einkorn flour with farro. “It’s hard to grow, requires hulling and yields poorly, but we love it anyway,” says Schneider. Einkorn flour can be used in place of whole wheat flour in recipes.

Gold Forest Grains also grows buckwheat. This is turned into a finely sifted gluten-free flours, which makes a delicious addition to any quick bread recipe.

The Nunweiler Flour company in Saskatchewan obtains its Certified Organic Grains harvested from a dozen family farms in the Canadian Prairies.

Then, the grains are milled in a low-temperature impact-mill facility. This consists of small steel hammers rotating on high speed, in an enclosed chamber. The hammers strike the grain in mid-air, without using friction.

“Here we are able to produce about 40 tonnes of flour in a 24-hour period,” says Russ Schroeder of Nunweiler Flour. “We are proud of what we do and so are our farmers. We make sure the name of the grower goes directly on the on the bag.”

The company produces a wide variety of flours from crops including Red Fife, spelt, buckwheat and barley. Dark rye is the most popular flour. “Our customers buy it to make traditional rye or pumpernickel breads. Robust and hearty breads are really in right now.”

Bakers who prefer to grind their own flour are thrilled to learn the company also sells the whole kernels. Some bakers have purchased small countertop grain grinders, while others are lucky enough to have their own large-scale, working mill on-site.

One such bakery is the Tall Grass Prairie Bread Company, which has been in business in Winnipeg, Manitoba for over 25 years. After stone-ground milling the grains including Red Fife, spelt and rye, rustic breads are created.

The heavy German rye bread is made from 50 per cent rye flour in both the bread and the sour dough starter. Onion rye contains caramelised onions, beer, molasses, and caraway seeds, while the spelt sourdough is comprised of 100 per cent spelt flour. Tall Grass Prairie Bread Company also makes a wild rice bread made from rice that grows around Manitoba’s shores.

Savvy bakers can enjoy experimenting with new creations in the kitchen by incorporating ancient and heritage grains into their products. The results may lead to a new favourite menu item that customers just cannot get enough of.