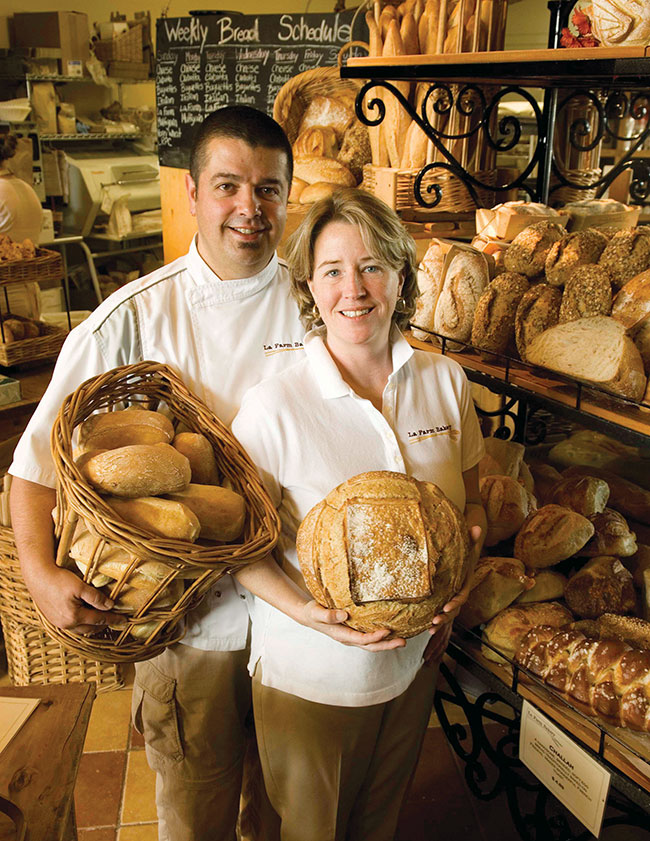 Few varieties of bread are “simple,” these days. Clients are now asking for more gluten-free options, whole grains, high fibre, low sugar, less sodium, and simple ingredients. Artisanal baking can be a complex landscape for any baker to navigate. This is where Chef Lionel Vatinet turns a challenge into an opportunity: When people ask for low gluten or gluten-free breads, the French master baker created a loaf inspired by colonial American baking traditions with a surprising Japanese twist.

Missy Vatinet, co-founded La Farm Bakery with her husband Chef Lionel Vatinet. The couple speak joyfully of their endeavour to bring new flavours to the industry, while reviving the cultivation and recipe applications for ancient grains. The growing popularity of their whole grain breads caused a ripple effect in their community: Increased demands for local rice particular to the Carolinas helped boost the local economy.

“For us it was more of a celebration of all of the work that has gone into revitalizing an indigenous grain that is popular in our area, that is incredibly popular throughout Asia today,” explains Missy Vatinet. “We are a part of a larger effort to bring back the education and awareness and the flavour profile Carolina Gold Rice offers to us in the southeast.”

The couple worked with Glenn Roberts of Anson Mills and food historian David Shields in identifying indigenous grains. “The power it had in the colonial days is one of our largest economic contributors in this region of the country,” adds Missy Vatinet. The cost of wheat was too prohibitive for most colonial-era households to afford, forcing most households to make flour with their most local supply: Rice.

“Our bakers and Lionel playfully created a loaf that brings in a Japanese porridge-style starter, paying homage to the Asian influence,” stated Missy Vatinet. The starter involves the use of a rice called, ‘Carolina.’ “It also uses a loaf-form very similar that we would have on our tables throughout the colonial days in the South,” adds Missy Vatinet. La Farm Bakery’s low-gluten bread, Carolina Gold Rice Bread is made of the Japanese-style porridge, but made with locally sourced rice grits. By using this sustainable and traditional grain the company revitalizes both North and South Carolina rice fields, and supports their farmers.

The bakery continues to build awareness around other ancient grains, as it continues to revitalize the rice fields in the region. The work that is being done in the southeast impacts some of the poorest economic areas in revitalizing southern US culture, economically. Despite its work reviving ancient recipes, and helping farmers live sustainably, how are the local American consumers responding to French bread baker who makes bread in time when gluten is villainized? 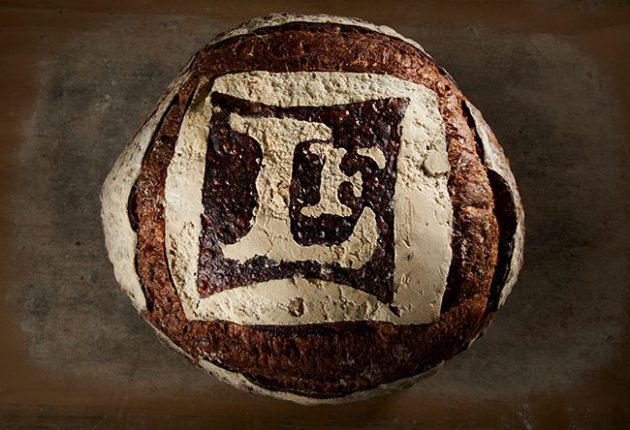 La Farm Bakery’s success is a tribute to Chef Vatinet’s talent in discussing international baking styles to customers, and blending grains to create low-gluten, and low glycemic options. “We’re thinking of grains as more of micro-elements,” states Missy Vatinet. “We have an heirloom rye, a wonderful dark rye from our area, beautiful caramelization flavour profile to it. It’s a low-glycemic grain.” For the clients who still say they love bread, the Vatinets find ways for their clients to continue having bread.

At IBIE 2019, Lionel Vatinet spoke of what gets him excited about his breads. “Even though North Carolina is not known for flour, there is winter wheat, but it’s softer, used more for biscuits. So it was a challenge to find a miller who was willing to work with us.

“In Europe, there is a miller behind in each bakery, here (in the United States) millers are more spread out, and bakeries work alone.” He appreciates the cultural, and economic differences between the two countries. In his demonstration he added that many bakers may not be aware of the process their wheat takes from the growing stage to harvest, and as a result may not know how to work with freshly ground flour.

Neither of the Vatinets are daunted food trends such as low-glycemic breads, FODMAP-friendly breads, or Ketogenic diets. “I think that’s what’s so great about America,” laughs Missy Vatinet. “We’ll go on these huge kicks, like ‘I’m going gluten-free’ or ‘I’m eliminating eggs.’ What comes from these inquiries is the educational component. We ask why are consumers are doing that, and what part of that [fad] is nutritionally-based, what needs to be adapted to our industry. Now, we have the consumer starting to understand grain and we have the opportunity to follow that… lead them and guide them towards what great quality grain is.”

The couple are breaking bread with locals and bringing a new awareness to artisanal bread. Lionel Vatinets discussions and talks he hosted at IBIE 2019 you can see the passion he has for the craft of bread baking. He re-introduces ancient grains like spelt and amaranth to a new generation of customers and broadens his customers’ palates. “It doesn’t just become only ‘flour’ or ‘grain.’ It becomes its own individual entity, very similar to
wine.”