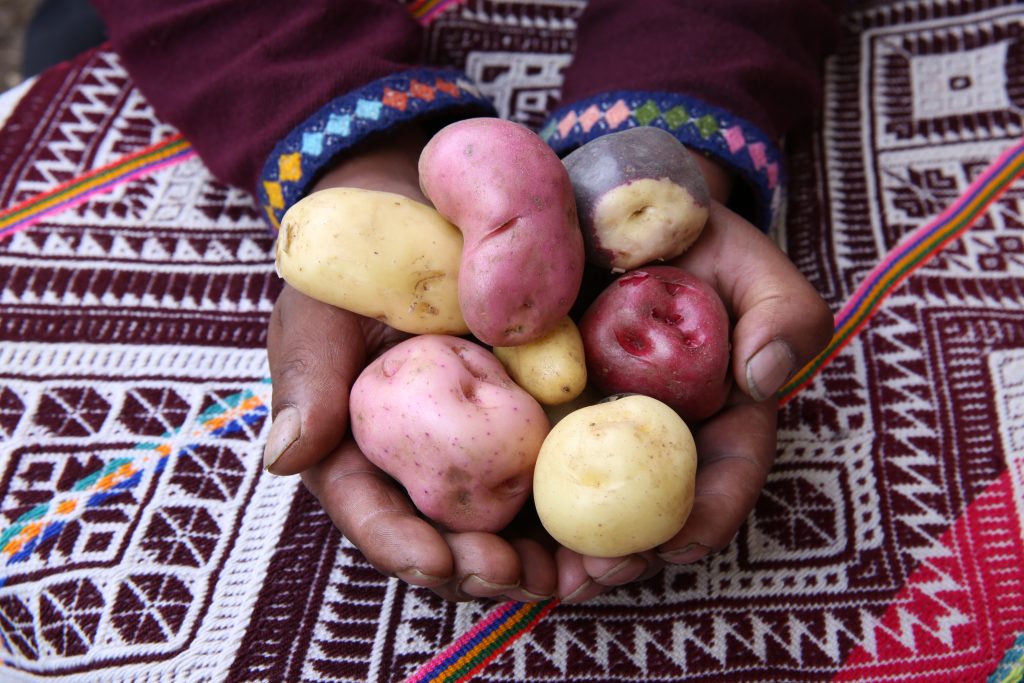 Berlin – A new disease-resistant potato named CIP-Matilde has been developed by breeders in collaboration with farmers in Peru.

The potato has resistance genes from wild potatoes transferred through a conventional breeding method called pre-breeding.

The Crop Trust and the International Potato Center jointly announced the release to mark World Food Day. They say the new potato’s resistance to disease will help to counteract the threat of climate change and global warming to conventional potatoes, ensuring this vital food crop remains a staple for future generations.

The new potato was developed by farmers, breeders, and scientists in Peru by identifying wild potatoes with resistance to disease and incorporating this resistance into cultivated varieties, a process known as pre-breeding.The outcome is a tasty tuber suitable for regular consumption that also withstands late blight, an aggressive disease that can destroy a potato crop in a matter of weeks. Late blight, which is becoming increasingly common due to global warming, poses a serious threat to existing potato crops. The new potato, which has been in development since 2010, should ensure that edible potatoes remain available to humankind in the long-term. At present, late blight costs potato farmers up to USD 10 billion every year.

“Late blight can destroy everything. It can leave you without enough to eat, to sell, not even enough to use for seed,” said Rolando Papuico, a potato farmer from the Huancayo province, where the CIP-Matilde variety was developed. “I recommend Matilde to other farmers because it produces a lot, the potatoes taste good, boiled, mashed, fried, in soup, and late blight doesn’t affect it the way it does other varieties. I’m thankful to have this new variety because now I don’t have to invest so much in agrochemicals.”

CIP-Matilde was developed by the International Potato Center with the support of the Crop Trust through its Crop Wild Relatives Project, a 11-year initiative to help agriculture adapt to climate change. The Crop Trust is an international organization based in Bonn, Germany working to safeguard crop diversity for future generations. It supports genebanks, including the Svalbard Global Seed Vault, and pre-breeding efforts around the world. CIP is a globally-focused CGIAR research-for-development organization based in Lima, Peru, that aims to deliver innovative science-based solutions to improve access to nutritious food, strengthen food systems, and drive inclusive growth.

“Ensuring food and nutrition security under the stress of climate change means we need to harvest the power of the genetic diversity in our midst,” said Barbara Wells, the Director General for CIP and Global Director of Genetic Innovations in One CGIAR. “CIP-Matilde is just one great example of that work – and only the first of many to come.”