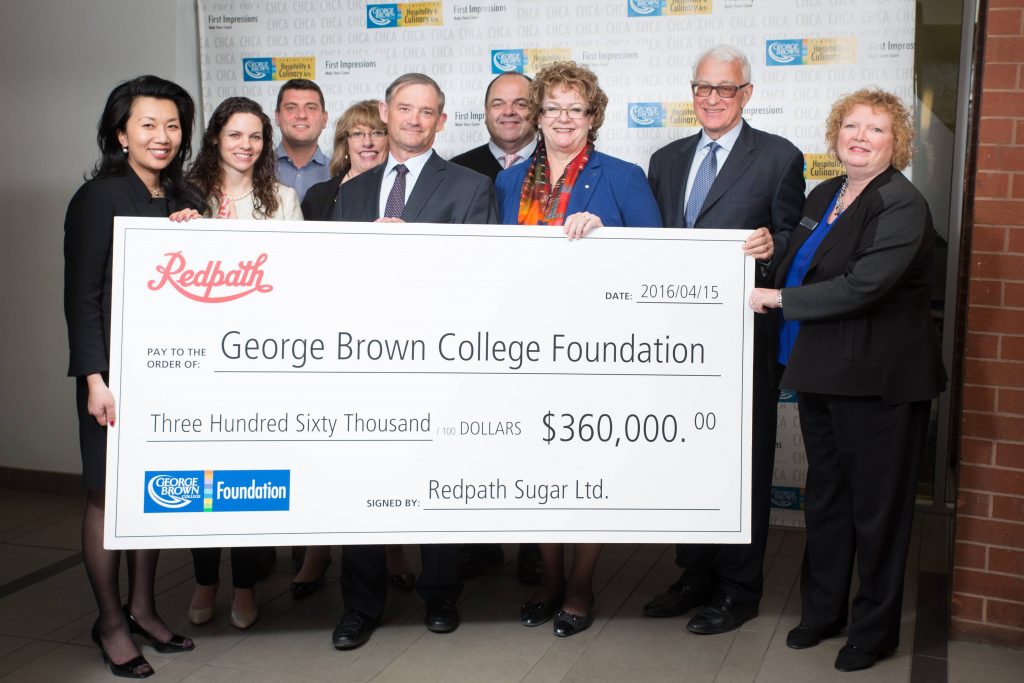 Toronto — George Brown College has received a significant boost as Redpath Sugar will be donating $360,000 over three years to support the construction of a large-quantity baking lab with facilities for scaled-up research and testing.

Announced on April 15th at George Brown’s Centre for Hospitality and Culinary Arts (CHCA) in Toronto, work on the new laboratory site will begin this spring with an anticipated opening in the fall of 2017.

The space, to be named the Redpath Sugar Lab, will serve as a learning area for students as well as test facility for industry partners.

Located on the first floor of the CHCA, the large-quantity lab will be an addition to four regular pastry labs currently used by students. “It’s going to be a different style and set-up than our other labs,” notes Christine Walker, academic chair for George Brown’s Chef School.

This is the first large-scale academic institution donation of its kind for Redpath Sugar. According to Nancy Gavin, brand manager with Redpath Sugar, it made sense for the company to get involved with this initiative. “We have worked with the culinary school in the past, so we know of the high quality and caliber of the faculty, and the international reputation that George Brown College has for its culinary and pastry program.”

In addition to supporting the facility expansion, $45,000 of Redpath’s gift will support student scholarships in the baking and pastry arts management program, the baking pre-employment program and the baker/patissier apprentice program. Over the next three years, 45 students will receive an award of $1,000 each.