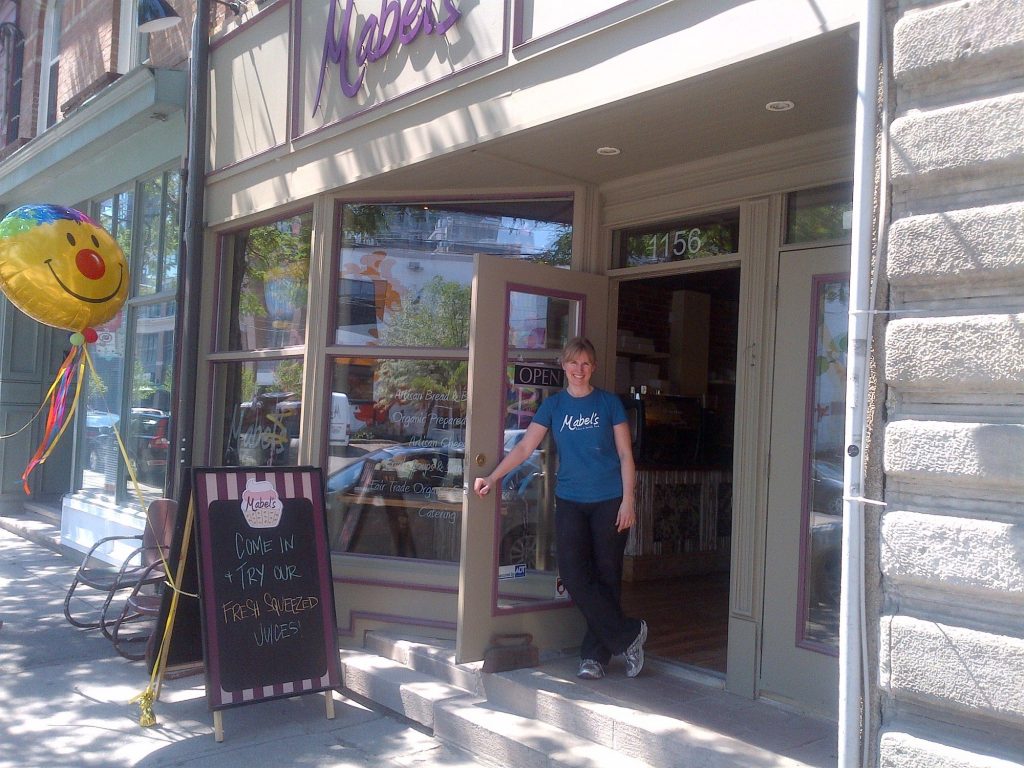 Lorraine Hawley, president and co-owner of Mabel’s Bakery, at their Queen Street location. The small Toronto bakery chain has been included in Canadian Business' 2016 PROFIT 500 list as one of Canada's fastest growing companies. Photo: CNW Group/Mabel's

Toronto – Dedicated to sourcing natural, local and organic ingredients, Toronto-based Mabel’s Bakery & Specialty Foods Inc. has experienced strong growth and now the company has been recognized for its efforts by ranking number 232 on the 2016 PROFIT 500 list.

“It’s an honour to have made the PROFIT 500 ranking,” said Lorraine Hawley, president of Mabel’s in a company release. Hawley co-owns the company with her husband Bob Warburton. Mabel’s opened its first store in 2008 in Toronto’s west end on Roncesvalles Ave, and has since opened two more stores, on Queen St. West in 2012 and more recently, St. Clair Ave West.

“We started Mabel’s with a simple desire to bring great-tasting, high-quality food to the community. This achievement with PROFIT 500 is testament to our team’s passion, expertise and dedication to quality – and that’s reflected in our customers’ loyalty to our business,” added Hawley.

Long supporters of the slow-movement, farm-to-table approach to food, before it was a popular trend, Mabel’s offers an ingredient list that is natural, transparent and simple. In addition to scratch baked goods, Mabel’s also specializes in prepared foods, ready meals, cheeses and charcuterie, with vegan and gluten-free options available.