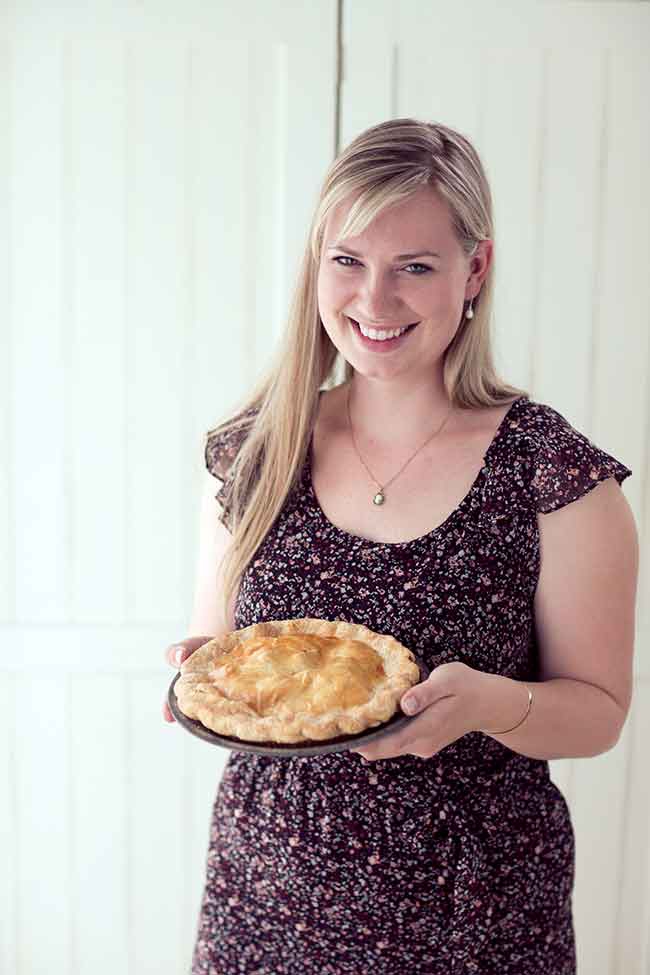 The increasing popularity of farmer’s markets and consumer demand for artisanal products has brought the tasty, if not traditional, dessert of pies back into the spotlight. And with the sun-filled days of summer drifting away and the fresh harvest coming in, pie-makers across Canada are preparing for a busy fall season.

Beth McIntee, owner of Sweetie Pie’s Bakery Ltd., in St. Catharines, Ont., bakes a minimum of 500 pies a week to keep up with demand for her mouth-watering creations. Sweetie Pie’s focuses on wholesale clients throughout the week, while opening up to the public on Fridays and attending the St. Catharines Farmers Market every Saturday.

“The biggest trend we’re seeing right now is that people are coming back to real handmade products,” McIntee explains. “Everyone’s getting tired of the grocery store jammy, mass-produced pies and desserts in general. And the rise in popularity of farmers markets and pop-up markets is really exciting because it’s bringing us a lot of attention. We’re not a small company, we’re a medium-sized producer at this point, but it’s bringing a lot of attention to the fact that we can still be artisanal in our recipes and our techniques and the quality that we’re able to provide.”

While apple pie is her number one seller in the fall, McIntee says her apple caramel crumble pie is very popular as well. But her personal favourite is a pumpkin maple pecan pie. It’s one she looks forward to all summer long.

“Our busy season runs from the May 24 weekend all the way through until Thanksgiving. That’s when we’re just insane. And by Thanksgiving morning I always have a pumpkin maple pecan pie for breakfast with a pot of coffee and I’m like, ‘Okay, we survived another season!’ It’s my reward to myself and I’m already looking forward to that pie, I’ll tell you!” McIntee says with a laugh.

The whirlwind of activity during prime fruit-growing season is a shared experience for pie-makers across Canada who must work quickly to incorporate just-picked ingredients and keep up with customer demand. “We’re experiencing a first right now in the industry for sure,” notes McIntee. “I would say this trend has staying power because of what we’re able to do with keeping ingredients pure. We’re not using any preservatives or artificial ingredients in our pies, so as much as there’s a pie trend, there’s a trend for people who want a healthier, natural, real product. I think we’ll only see that increase in the coming years.”

To complement the farm fresh ingredients, McIntee uses a traditional “egg-and-vinegar-type” pie crust that’s a combination of her grandmother’s recipe and skills she learned in culinary school. “You get a very tender, very flaky pastry out of it and I swear by the vinegar. That’s what I think makes it because the fat that you’re going to use – the shortening – and the vinegar react and that is what makes the pastry flaky. And we handle it as little as possible.”

With apples at their finest and orange pumpkin patches dotting the countryside, it’s no wonder these are two of the most popular pie flavours of the season. However, Canadian pie shops are upping the ante, giving consumers a tantalizing twist on these old traditions with exciting new flavours that beg to be tasted.

Jenell Parsons, owner and head baker of The Pie Hole in Vancouver, B.C., creates over 50 flavours of sweet and savoury pies from her commercial kitchen, serving wholesale and retail clients alike. During the autumn, her two best-selling pies are inventive twists on old favourites. “During the fall months our top-sellers are definitely our bourbon-pecan-pumpkin pie –it’s one of our signature pies – and we also do an apple-pear-caramel-praline pie. We definitely sell a lot of the traditional apple and pumpkin pies as well, but people like to try something a little different. They’re not making it at home and they want to explore a little bit and try something new,” Parsons notes.

Another top-seller for Parsons is the humorously called ‘Fat Elvis’ and it lives up to its name. The pie is a dark chocolate ganache with banana cream, a peanut butter whipped topping, caramel, more ganache and roasted peanuts.

Despite the drool-worthy sweet options at The Pie Hole, the savoury side of the business also does well, accounting for about 50 per cent of sales. Demand tends to surge when the weather turns cool.

“For savoury, our top-seller is our bacon cheeseburger pie,” says Parsons. “It’s ground beef in a cheddar béchamel with diced pickles, mustard, chopped bacon, lots of cheddar, diced onions and we top it with sesame seeds so it looks like a little cheeseburger.”

A new sweet flavour that Parsons has been developing and is excited to add to her menu is a brown butter-rosemary-apple pie. The flavour profile is perfectly suited to satisfy autumn cravings. “It’s just amazing. The smell of the brown butter is so comfortable, warm and happy, and the rosemary intensifies it. It’s just an awesome pie,” she says.

Parsons’ creations are lovingly baked into an all-butter crust that is folded in such a way as to create a croissant-like texture. It’s a method she has developed over the years. “We almost do a croissant laminating technique,” she explains. “We fold it a bunch and leave big chunks of butter so when it bakes it gets really big air pockets and really flaky crust.”

For both McIntee and Parsons, big moves are underway in the coming weeks. Parsons recently signed a lease on a new storefront in East Vancouver where she will be branching out to reach a greater number of retail customers directly. McIntee is looking forward to the release of her new product line, Niagara Pie Company, which will bring her famous pies to retail stores across Southern Ontario in an unbaked, frozen format. “It’s a division of my brand that we’re taking to retail, so it will be the same recipes and same product, but you can take it home and bake it yourself,” says McIntee.