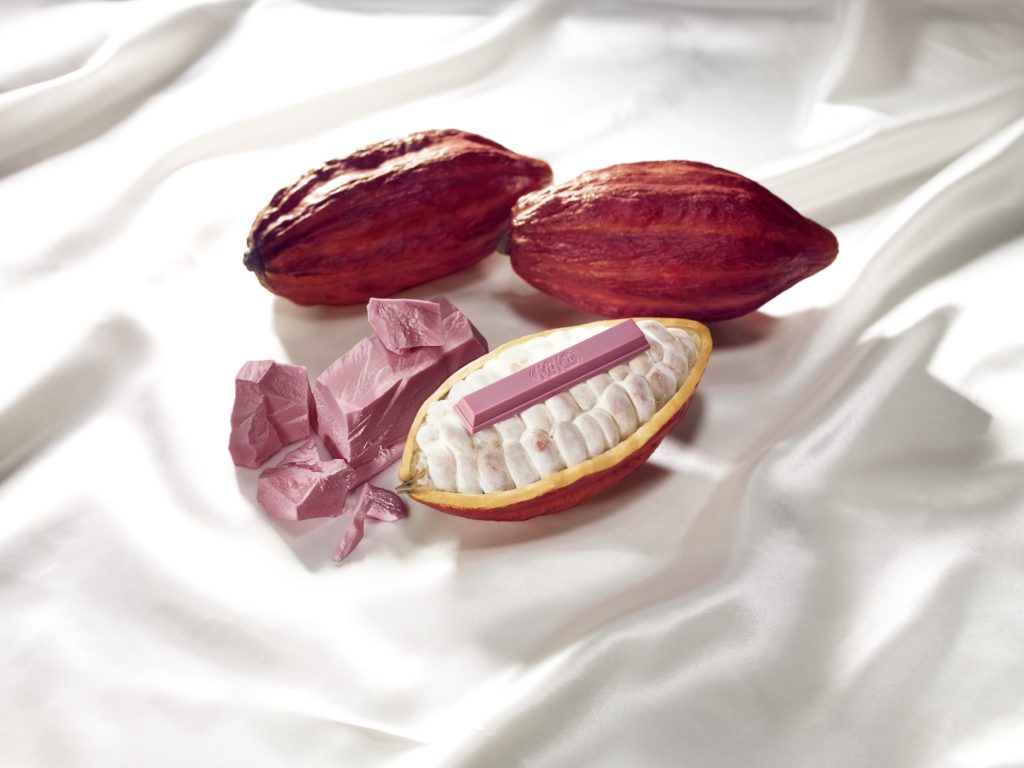 Japan – Nestlé Japan will launch the Ruby chocolate version of its KitKat brand in its Chocolatory stores in Japan and South Korea, as well as online on Jan. 19.

KitKat is the first manufacturer to offer this fourth type of chocolate – next to Dark, Milk and White – to consumers, just five months after Ruby chocolate was introduced, said Barry Callebaut Group, creator of the chocolate, in a news release.

Since the announcement in Shanghai, China, in September 2017, Ruby chocolate has been attracting strong interest from chocolate connoisseurs throughout the world, Barry Callebaut said. The Ruby chocolate used in ‘Sublime Ruby’ has a fresh berry-fruity taste and characteristic colour.

Ruby chocolate is made from the Ruby cocoa bean and contains no added berries, berry flavour or colour. The bean has a specific set of attributes, which Barry Callebaut said it unlocked through an innovative process that took many years to develop.

The KitKat product was created through the craftsmanship of top pâtissier Yasumasa Takagi. It will be available for purchase in the KitKat Chocolatory stores as well as online. KitKat Chocolatory is a specialty store in Japan and South-Korea selling premium KitKat chocolates created with meticulous attention to ingredients and preparation methods under the direction of Yasumasa Takagi, owner-chef of Le Pâtissier Takagi.

“I am very pleased that our innovative breakthrough Ruby chocolate has come to life so quickly through our partnership with Nestle and the pioneering KitKat Brand in Japan. Nestle was very quick in spotting the trend and in introducing a Ruby chocolate version of KitKat, which will entice consumers across Asia and beyond,” said Antoine de Saint-Affrique, chief executive officer of Barry Callebaut.