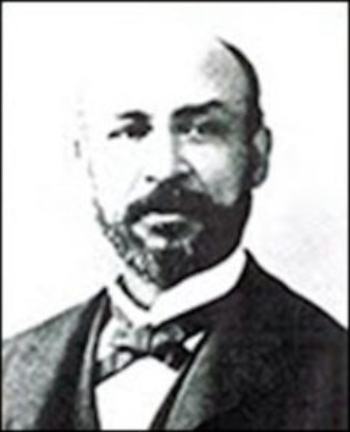 Did you know that an African American was the first to invent industrial kitchen equipment?

Joseph Lee’s innovations will be celebrated in May, as he is inducted into the 2019 Class of the National Inventors Hall of Fame. While most of today’s bakeries have equipment that mixes dough and bakes it, industrialization was only in its infancy in the 1800’s.

Joseph Lee, born in 1848 to slaves in South Carolina, had spent more than a decade of his childhood in bondage. Without formal education, Lee went on to become a skilled chef and baker, and used his training to become a successful restaurateur, and owned a hotel in Auburndale, Massachusetts. He guarded his secret that his establishment’s bread was made by machine – and not by hand – for five years.

In 1894, the self-educated Lee developed and patented a device that would produce uniform bread. He was also resonsoble for creating a machine that would grind bread into evenly sized breadcrumbs for breading or baking applications. By 1900, Lee’s inventions were used by many of the U.S.’s leading hotels and was a fixture in hundreds of the country’s leading hospitality establishments.

Lee eventually assigned the rights to his bread-kneading machine to The National Bread Co., continuing to own stock and receive royalties. He also sold his breadcrumbing machine to The Goodell Co., a manufacturing firm located in New Hampshire.