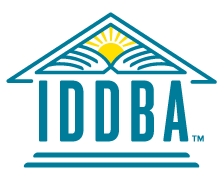 The International Dairy Deli Bakery Association (IDDBA) announced that the deadline for Champions of Change nominations has been extended until Friday, March 1.

IDDBA is partnering with Winsight Grocery Business to launch Champions of Change which will annually honor recipients from the retailer, wholesaler, supplier, vendor and service provider communities who consistently demonstrate excellence and superiority in three categories:

All Champions of Change nominations must be submitted via the official online entry form on WGB’s website.