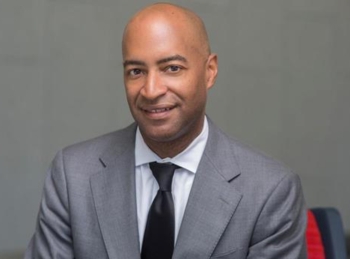 In his new role, Atkins will lead Hershey’s legal, government relations, and corporate secretary functions. He will report directly to Michele Buck, president and chief executive officer. He also will serve as a member of the company’s executive committee, a team of the company’s most senior leaders.

“Damien is a thoughtful and inspiring leader who has a strong record of success throughout his legal career,” said Buck.  “He is business-focused and knows how a legal function can support a company’s strategic objectives and positively impact business results. He will be a terrific addition to our executive team.”

Atkins brings 20 years of legal experience to his new role at Hershey. Most recently, he was general counsel and corporate secretary for Panasonic Corporation of North America. As general counsel for Panasonic NA, Damien managed the company’s full litigation portfolio, including commercial litigation, and led global legal teams in several multijurisdictional Foreign Corrupt Practices Act and antitrust investigations, lawsuits and claims. He led a global legal team in the US $1 billion acquisition of the Hussmann Corporation in 2016.  He also redesigned the company’s global compliance program, significantly increasing employee engagement.

“I am excited to join a company with such iconic brands and a deep sense of purpose and social responsibility embedded in its commercial operations,” said Atkins. “Hershey has a strong leadership team and is on an exciting journey to grow its business as a snacking powerhouse. I look forward to playing a role in supporting that growth story and being part of Hershey’s long-term success.”

Before Panasonic, Atkins was Senior Vice President, Deputy General Counsel, Corporate and Chief Compliance Officer AOL, Inc., working for a total of nine years at AOL and leading a range of legal matters for the company, including Mergers & Acquisitions, corporate and real estate legal matters, leading a team that managed AOL’s spin‐off from Time Warner.