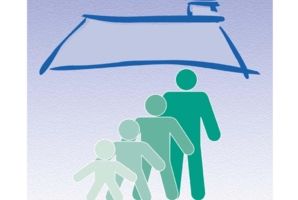 New findings presented at the Canadian Nutrition Society annual conference this past weekend in Halifax, Nova Scotia, show that many foods made from enriched (refined) grains and whole grains are important nutrient contributors to the Canadian diet.

The early findings reveal that consumption patterns of grain foods made from whole grains and enriched non-whole grains deliver a considerable amount of some key nutrients to the diet (43 per cent of folate, 39 per cent of iron and 31 per cent of dietary fibre) while only contributing 25 per cent of the daily calories.

“When we examined the CCHS data, we discovered that nearly 80 per cent of Canadian adults are not eating the current Canada’s Food Guide (2007) of 6-7 servings of grains,” said lead researcher Dr. Hassan Vatanparast, Associate Professor in the U of S, Colleges of Pharmacy and Nutrition and School of Public Health in a press release. “But the grain foods they do consume are contributing important sources of some key nutrients and those individuals who do not consume grains may be at risk for these important nutrients, such as folic acid, some B vitamins and iron,” added Vatanparast.

While benefits of whole grain foods such as oats, quinoa, and whole wheat bread are well documented, there’s less research supporting the benefits of enriched grain foods (sometimes referred to as refined grains) such as white bread, pasta and cereals.

“In fact, our research showed that most of the grain foods that Canadians consume are actually made from enriched grains, such as breads, cereals, and pastas, which help adults and children to close nutrient recommendations gaps,” said Vatanparast.

The findings presented are from early results of the project will continue at the University of Saskatchewan into 2020.