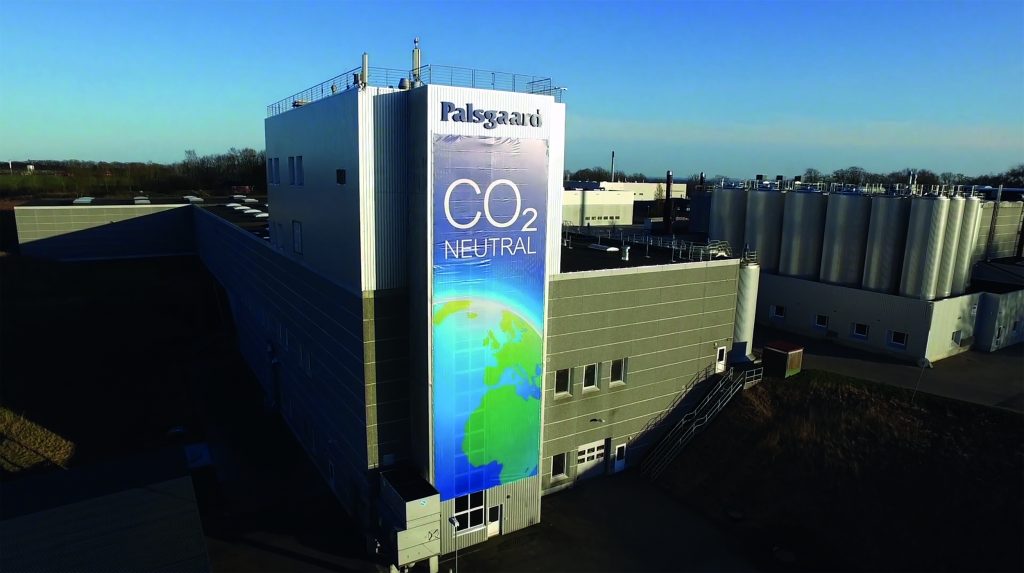 A Danish emulsifier specialist company won an award for reducing its net CO2 emissions from all of its global production sites to zero.

In 2010, Palsgaard set itself the goal of completely carbon neutral production within ten years, and met it in 2018 – two years ahead of schedule. Over the course of those eight years, the company reduced its net CO2 emissions from 12,029 tonnes to zero. In total, its carbon reductions amounted to 56,175 tonnes, which is equivalent to the amount produced by 4,885 EU households in a year.

Palsgaard achieved its target primarily by changing the energy sources used by its factories. Strategies have included a switch from heavy fuel oil to certified biogas, and the use of renewables. At Palsgaard’s main site in Denmark, all electricity is sourced from hydro power, and indoor heating is powered by burning home-grown straw rather than oil.

Its factory in the Netherlands, meanwhile, has over 800 solar panels and has used only renewable energy (solar, wind and biogas) since the start of 2018. The emulsifier specialist company helps the global food industry make the most of the ability to mix oil and water, helping extend shelf life for bakery goods.

As far as Palsgaard is aware, it is the only emulsifier manufacturer to achieve carbon neutrality but it hopes other companies will follow suit.