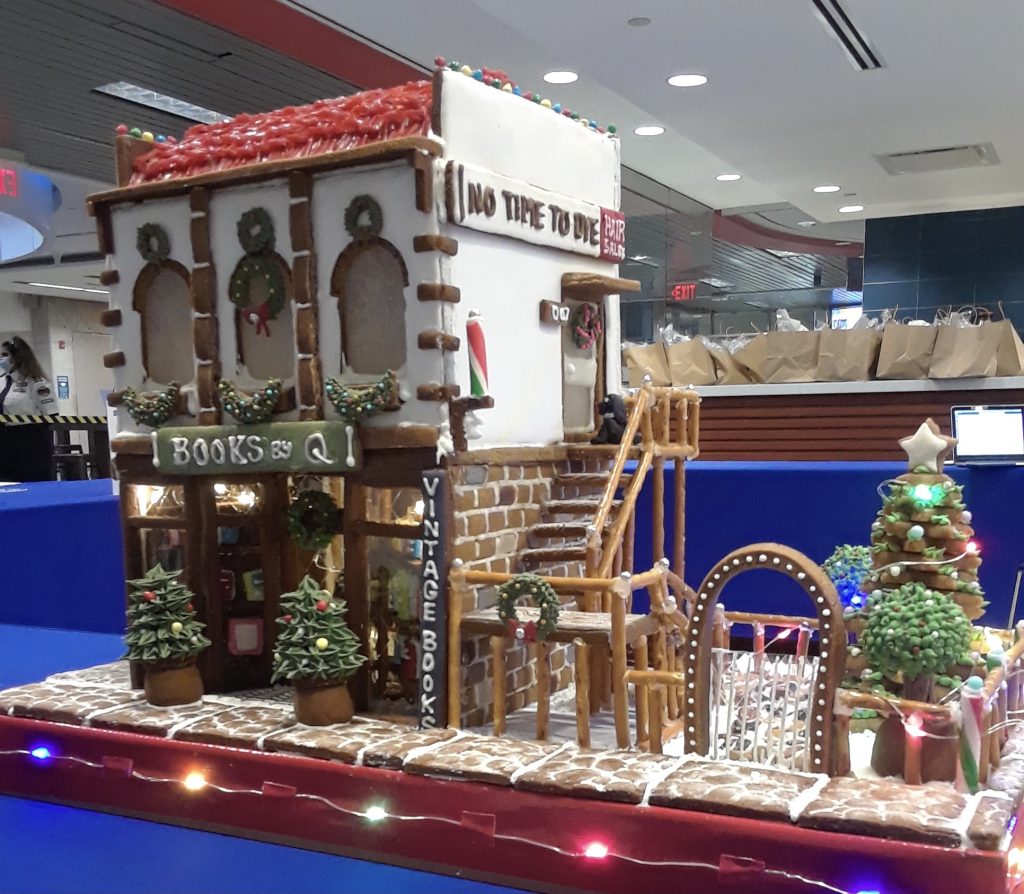 Toronto – George Brown College showcased a high calibre of student talent at its annual gingerbread house contest, held in person again after going virtual in 2020 during the pandemic.

Due to the myriad COVID-19 precautions still in place, the competition was judged by George Brown instructors who were already in the building.

Professor and chef Sue Fleming, who organized the annual event, was expecting a high calibre of work this year “now that students are all back in the college and having skills reinforced.” Fleming was not disappointed.

“The competition was modest. There were 12 entries. However, the quality was extraordinary,” she said.

“The astonishing attention to detail in this piece really made it stand out,” Fleming said, incorporating judges’ comments. “It had great technique; the stairs had been wiped with royal icing and then a woodgrain scribed into them. The interior was decorated as well!”

Second prize went to Alana Brown for “a seemingly simple church, but super clean work, and an adorable creche scene. And they made poured sugar windows, not just gelatin sheet inserts!”

Third prize went to Hyunkyeong Jang. “It takes a steady hand to produce a roof that immaculate. And even the car licence plates said, ‘Merry Christmas’!”

Clara Sheehan nabbed the People’s Choice award for Café Gingembre. “The purist approach, just 100 per cent gingerbread. No candy, no Bulk Barn specials. This year the voting was by QR code, and some students really leveraged it to their advantage, hitting their social media and getting friends and followers to vote.”

Fleming highlighted the entry of second-semester student Elle Phan, who created a gingerbread replica of the Royal Cinema in Toronto piped entirely freehand back and front.

Bakers Journal would like to congratulate all participants in this year’s contest and wish all of the students and staff of George Brown College a safe, happy and healthy holiday!