George Brown College’s annual Gingerbread House Contest is usually live, set up in the mezzanine, with students and proud friends gathered around to support the fledgling bakers. As everyone knows, 2020 was not a usual year.

In the interest of keeping students, staff and bystanders safe, the annual contest was held virtually, inviting voters to make their selection online. Chefs took photos of their gingerbread houses and sent them in via email. The judges were unable to take part in the fun exchange of chatting with the student chefs, asking them about their inspiration, or what they liked best about their gingerbread sculpture.

Technology ultimately triumphed over the pandemic, as Professor and Chef Sue Fleming organized the College’s first virtual contest. “I was so worried that there wouldn’t be any contestants, this year,” confessed Fleming. “I had my heart in my throat as I sent out e-mail blasts to students and staff.”

Fleming worried needlessly: The turnout was still enough to stymie the judges. Like every year prior to this one, the creativity and the skills demonstrated still thrilled the judges.

This year, First Place was awarded to Fernanda Gonçalves for her detailed icing work on her gingerbread house, “Grandma’s Autumn.” 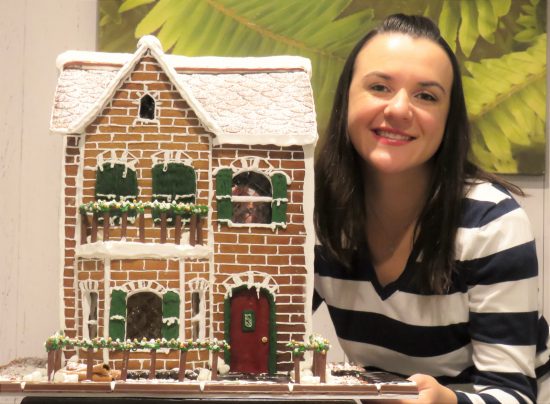 Second Place was awarded to Mikayla Hanna, for her sweet depiction of her grandparents’ home, “Nonna and Nonno’s House.” 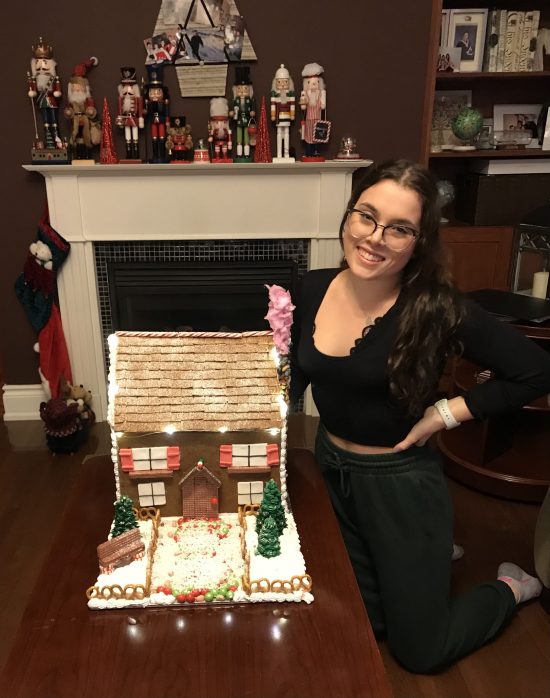 Mikayla Hanna displays her gingerbread rendition of her grandparents’ home.

Third Place was awarded to Shaina Kolzow, for her creative rendition of a gingerbread rendition of  Toronto’s Leuty Lifeguard Station. 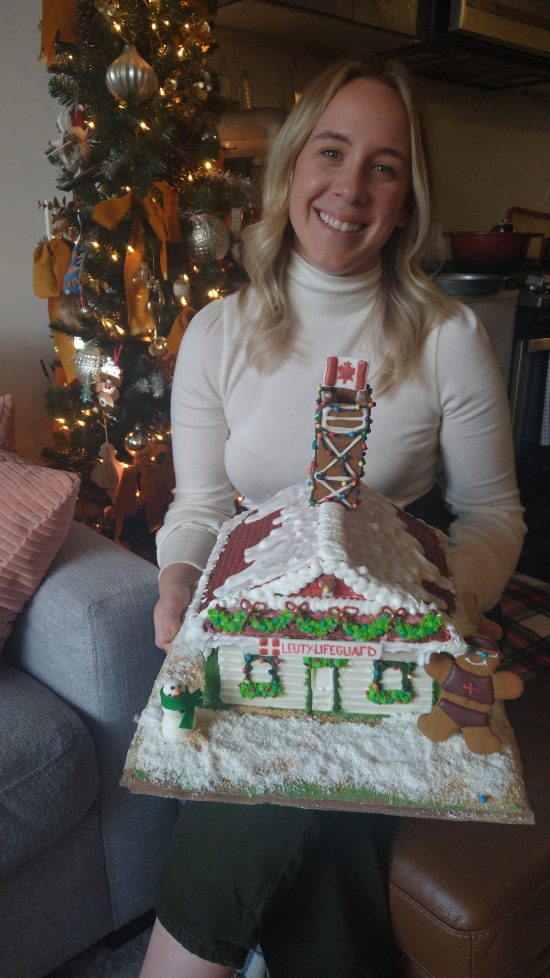 The People’s Choice Award went to Christian Dizon, for depicting his favourite childhood film based on the book, “Shrek,” in gingerbread. 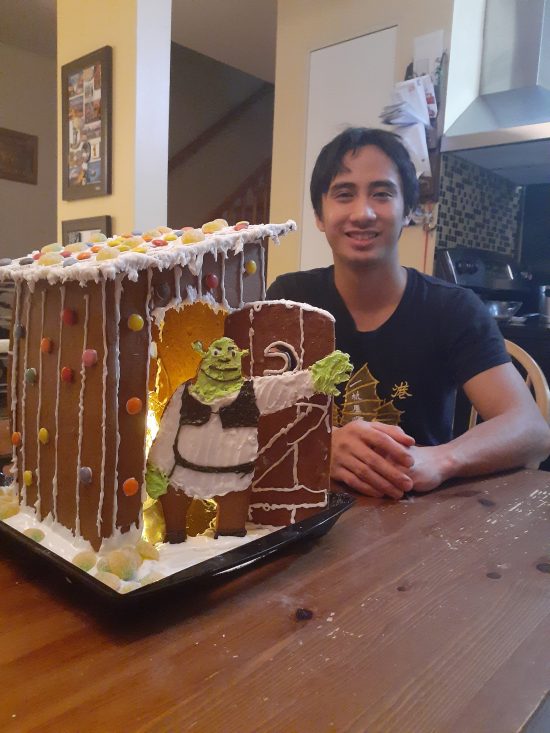 Christian Dizon sits proudly beside his gingerbread (out)house from Shrek.

An honourable mention went to Jain Crystal Quigaman’s “Green Christams at Grandma’s House in the Phillipines.” The judges were particularly impressed with the detail of the plants surrounding the gingerbread house. 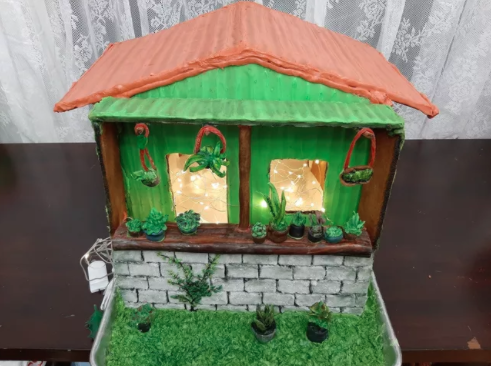 Jain Crystal Quigaman won an honourable mention for this detailed rendition of a tropical Christmas in the Phillipines.

Bakers Journal would like to congratulation all of the participants in this year’s contest. Between working from home and taking remote classes, engaging in a contest added that much more challenge to the contest.

Wishing all of the students of George Brown College a safe, happy and healthy holiday!