Features Profiles
From ‘Khaos’ to Creation

Khaos Artisan Kitchen creates order in a time of chaos 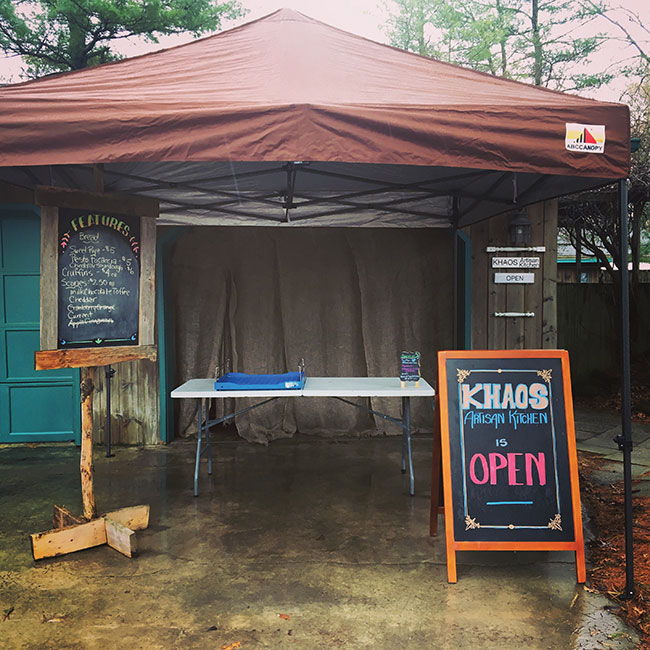 Ancient Greek mythology had the goddess Khaos (in English, “Chaos”) create the universe from the void. As the owner of Khaos Artisan Kitchen, Chef Kymm St-Amour has also created something from the ground up.

The bakery began as part of an application in a “Win This Space” contest. St-Amour and her wife moved to the charming town of Port Franks, ON, with the intention of getting back to the basics. “One of the conditions I gave her upon moving there from Avra (also in Ontario), was that I would get to open up my own bakery, and do this for myself instead of doing it for somebody else.”

The “Khaos” that St-Amour lovingly refers to is her wife, a fellow chef who likes to “throw a monkey wrench” into some recipes. “Certified chefs tend to just kind of ‘do things’ and not plan things out as much as bakers do,” laughs St-Amour. “So she becomes a little bit of my chaos. And on some days, the chaos is a little too aptly named, because it can really get chaotic around here.”

The chaos that St-Amour speaks of is not your run-of-the-mill tasks that local bakeries experience; the pandemic had made the already popular bakery a hub for resources beyond bread and pastry. Khaos Artisan Kitchen began selling yeast, offering bread delivery and giving away sourdough starter and advice free of charge.

“When the pandemic put everybody on lockdown, the bread was flying off the shelves. There were empty bread shelves as well as the ones containing flour and yeast supplies. I knew that people would be needing bread, and I could provide that for them. My sales were probably double, if not triple what they would be at that time of year,” reflects St-Amour. “Now, it just levelled out to what my sales would be this time of year which is which is good, because it’s just me.”

It was a friend who worked in Toronto hospitals during the SARS crisis, who tipped off the bakery as to how serious the pandemic would be when the first reported case numbers starting climbing in Canada. “I adjusted the way I served the public very quickly,” recounts St-Amour. “I would make deliveries for them and perform curbside and doorstep drops, and they would gladly come out to pick up the goods.”

When sign of the pandemic first hit, St-Amour was still using cash transactions, but to keep her clientele safe, she opted for an affordable option that didn’t involve using a POS-system that accepted debit or credit. Her bakery opted to accept eTransfers from clients she knew. “Because of the pandemic, the increase of the etransfers has increased by 80 percent…but I wanted it to be as safe for myself as well as my customers. The eTransfers option has certainly been handy for a lot of people and they’ve truly appreciated that alternative.”

An alternate payment method has been the least chaotic element for the bakery. Being a small, family-run space, finding a way to accommodate clients without closing entirely was a challenge many other bakers can relate to. 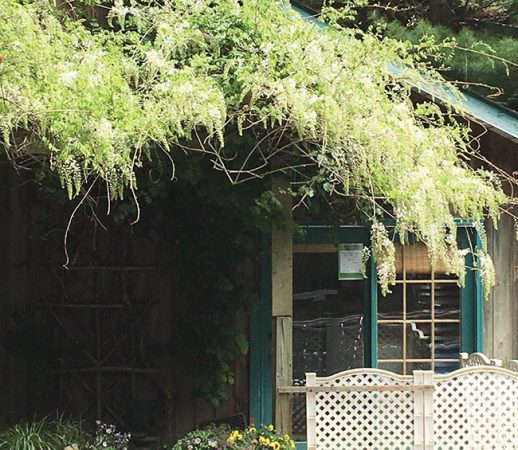 “What I do is set up a tent and a table, and allow a separate container for clients to put the cash into…it’s like my own personal farmer’s market. I’ve always put out a sandwich board sign to indicate when I’m open. I have another chalkboard sign that I put up, itemizing the sellable goods for that day. One of the big differences is that people would normally be able to come into the bake shop, where I would have things on display,” explains St-Amour. “Now they’re relying on my reputation and word of mouth vis-à-vis the quality and reliability of my products, because they obviously don’t get to see it ahead of time, due to safety and distancing rules.”

Despite the bakery being unable to cash in on impulse buyers who add an eye-catching item in-store, business is still booming thanks to frequent social media posts. “I will advertise on Facebook so clients can pre-order. Initially, I had a larger menu available for pre-ordering and opted to pare that down, now that things are starting to level out with each new phase of provincial re-opening.”

Despite being located in cottage country, this little bakery provides the same menu items often seen in a bustling metropolis. “I think that’s one of the attractions for people who come here, in that they’ve discovered this little niche bakery in the middle of nowhere…they’re surprised when I have macros, that they can get croissants here.”

And then of course there’s her famous bread. “Customers love that they can get bread that’s low on preservatives and utilizes local ingredients. We’re quite lucky to have the Arva flour mill, just outside of London.”

At a time when people are protective of their recipes and guard their sourdough recipes closely, Khaos Artisan Kitchen donates their starter at no charge. Normally, St-Amour charges for her off-season baking classes, but hasn’t hosted any this year, due to the ongoing pandemic.

“Community is very important to me. Part of the reason I extended my hours at the beginning of the COVID outbreak, was to make sure that people could get bread as needed.” St-Amour recalls an earlier time when yeast and flour were hard to find in Port Franks, but she wasn’t worried since she had sourdough starter. The experienced baker didn’t charge for the starter but insisted that clients name their starter pick, “so they would take better care of it,” she laughs. “But anybody who needed sourdough was gladly obliged and encouraged. I talked them through the process of utilizing it, since it’s something that is easily grown.”

“I’ve also given clients extra recipes of what to do with their cast off starter. I hate throwing it away excess material,” states St-Amour. She recommends people try recipes like sourdough pancakes, which she also supplies.

The Khaos Artisan Kitchen still strives to provide comfort food during a crisis, and new skills for those looking to distract themselves to stave off isolation fatigue. “One of the benefits of having stayed open — besides being able to still provide them with baked goods — was to provide that sense of normalcy for them in this decidedly chaotic time in our lives.”

St-Amour’s bakery may be Khaos in name, but its presence has certainly provided order and stability for the town of Port Franks.