Joining a professional association is about more than networking: Some can help you fight unfair rates, HR issues and high fees. 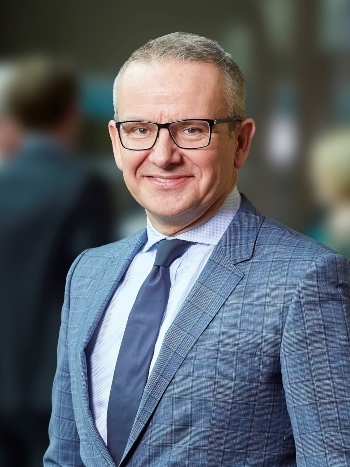 According to the Canadian Federation of Independent Business (CFIB), retailers are less optimistic about the overall health of their business than other business owners. The shortage of skilled labour is one of the top factors hindering their growth.

Business counselors are getting calls from bakers who are struggling to find the right candidates and who are asking for guidance on filling jobs. In the first quarter of 2019, 58,700 jobs sat vacant for at least four months, according to internal reports. The vacancy rate in retail has been steadily growing since 2016. A vacant job means longer wait times for customers, a heavier load on other employees – and often on the owner themselves.

Employers know that it’s never just putting a warm body in the job. They need employees with the right combination of skills and attitude – something that’s proving difficult to find. New employees can take up a lot of time, as they need more training in like punctuality, communicating professionally and following workplace safety guidelines.

Universities, colleges and high schools should focus on creating more workplace-integrated opportunities that connect young people with small businesses. These are just a few measures that could help startups compete with big business and government for a shrinking pool of qualified candidates.

And while it’s hard to highlight just one of the many taxes small business owners pay, bricks-and-mortar retailers state rising property taxes are a major impediment to staying profitable. The issue came to a head this summer in Calgary, where thousands of business owners protested the city’s decision to increase commercial property taxes by 10 to 30 per cent.

Governments can do much to improve both of these issues for small retailers, but they won’t do it unless they’re pushed. Unfortunately, small business owners rarely have the time or resources to fight for themselves. This is where business associations can help by uniting and amplifying the voices of independent retailers and working on their behalf to demand better.

CFIB’s credit card fight is a great example. About ten years ago,  members informed the association they were being charged astronomical fees on credit card transactions, especially with the rise of rewards cards. While the big companies could negotiate better deals with the major credit cards, independent retailers were stuck with unfair contracts and usurious rates.

With the collective bargaining power of more than 100,000 members, the association negotiated better rates for all small businesses. They also convinced the government to implement a Code of Conduct for the payments industry.

Retailers should look to their community of business owners for support and join a business association. Some can bring their members’ views directly to government, and offer expert advice on HR issues and government regulation, as well as savings on essential services like payment processing, banking and payroll management. There is strength in numbers and by joining together, small business can have a big impact.

Dan Kelly is President and chief executive officer of the Canadian Federation of Independent Business, Canada’s largest association of small and medium-sized businesses with 110,000 members across every industry and region.