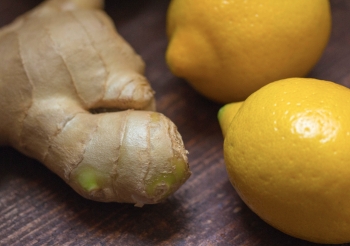 The words you use in your bakery’s social media account and your display case matter: Are you using “trigger words” that fire up your sales? Read on to find the words that consumers responded to the most when buying pastry.

As Bakers Journal had reported earlier, “plant-based” is currently a faster sales trigger than “vegan,” and foods that are perceived to be healthy or associated with luxury sold faster.

An internal study run by International Flavor & Fragrances Inc. (IFF) observed that foods that drove sales the most involved the following factors:

•    Use of plant-based ingredients, and milk alternatives, such as nut-milk, pea-milk and rice-milk were becoming more popular, and felt that it was a more sustainable option over dairy.

•    Selling a “food experiences” by including customers in the selling/picking/manufacturing process, were factors that increased sales. The rise of farmers markets or eating in a farm-to-table restaurants were seen as factors. Another method of engaging clients in the food experience involved selling food kits, such as selling baked goods in semi-frozen or DIY kits that would be assembled to turn into cookies or pies.

•   Labelling a foodwith descriptors such as “rich” or “velvety” ranked highly with consumers, particularly when describing baked goods. Aside from associating those words with mouth-feel or texture, consumers also linked the item to luxury, when buying an item that used wealth-associated names.

•    As autumn is approaching, there’ a rise in ginger, cinnamon and nutmeg as flavouring in pastry and take-out coffee. While ginger was a big seller this summer, it will continue its popularity through to December. IFF reported that ginger brought warmth, where year-round crowd pleasers like lemon brought a brightness to dishes.

Perceived warmth of flavours like ginger and cinnamon along with the richness of flavour are both seasonal driving forces as well as trend-riding elements. Consumers have been reported to enjoy ginger teas and kombuchas, as well as more autumn-themed beverages and snacks like ginger snaps. Descriptions such as “buttery” or “creamy” – even for vegan dishes that did not include dairy – sold very well throughout 2018, so far.