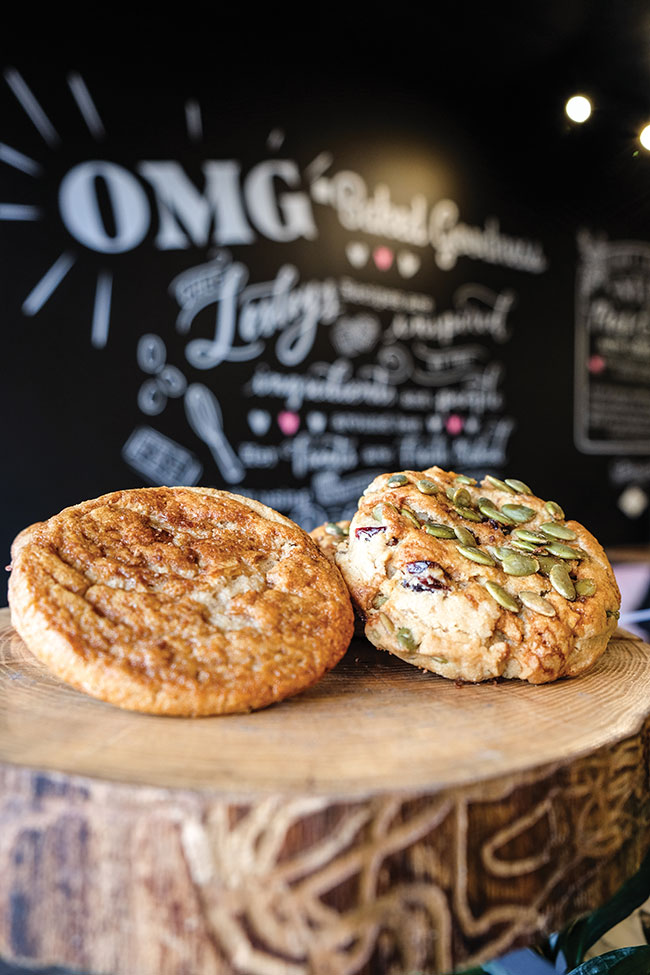 Vegan baking is on the rise as new alternatives to traditional ingredients make it easier for bakers to create plant-based desserts and pastries that are just as appealing as their conventional counterparts.

Nielsen adds that enthusiasm about the increasing availability of high-quality, plant-based ingredients is also driving interest in vegan baking. “There’s an excitement about the new products available that are empowering better vegan baking,” she says.

Egg substitute Just Plant Egg, Liberté Dairy-Free, and Maison Le Grand vegan butter were just a few of the plant-based ingredients to debut in Canada over the past year. Sproud, a Swedish milk alternative made from pea protein that launched in early 2021, is already gaining momentum with bakers. “It has a great texture and it’s very neutral-tasting, which makes it a hero product for vegan bakers,” says Maria Tegman, founder and CEO of Sproud.

Tegman says her team hadn’t considered the success Sproud would have among bakers until they started receiving positive feedback from the baking community. “We had bakers contacting us saying, ‘This is fantastic. This is the product we’ve been looking for,’” she says.

The response prompted Sproud to launch an unsweetened version of their plant-based milk, which Tegman says is particularly well-suited to baking because it gives bakers the flexibility to choose their own sweeteners. “You don’t need to shake it and it doesn’t split, so it’s very easy to work with,” she says.

Nielson notes that the wider availability of vegan ingredients is making plant-based baking more appealing for flexitarians. “The committed vegan is still a very small percentage of people, but we also have the flexitarian person who is looking for opportunities to do better,” she says. “It makes it easier for the person on the fence. The barriers to entry keep getting lower.”

Flexitarians are a key customer base for Toronto-based bakery OMG Baked Goodness. Owner Lesley Mattina first dipped her toes into plant-based baking over a decade ago when a client requested a vegan option. “I had never made purposefully vegan baked goods before so it was a bit daunting,” says Mattina. “At the time, I thought that flavour or texture would be compromised by making something vegan. I thought you needed butter and cream and milk in order for things to be delicious.”

It took Mattina about three months of trial-and-error to perfect her vegan chocolate cupcake recipe, but it’s become a menu staple at her bakery and one of her bestsellers to this day. She’s since added numerous other vegan items to her menu, while also continuing to offer conventional sweet and savoury baked goods. “Basically, in all of our product lines, there’s a vegan option available,” she says, “and these are not necessarily for people who are even wanting a vegan product. They just like the cupcake or the cookie and it just happens to be vegan.”

Mattina sees value in helping her customers pursue a flexitarian lifestyle. “It’s not realistic for everyone to have a plant-based diet overnight, but what I do think is absolutely attainable is for everyone to just eat a little bit less animal product on a regular basis. It’s not a sacrifice anymore, because there are really amazing food options that don’t include animal products.”

Mattina notes, however, that the higher prices of vegan baked goods compared to their conventional counterparts can sometimes be a sticking point for customers. Although the growing availability of plant-based ingredients has also meant gradually more approachable price points, bakers still typically need to charge customers more for vegan items than traditional baked goods in order to offset the steeper cost of ingredients.

Andreas Schwarzer, a baking and pastry arts instructor at Calgary’s Southern Alberta Institute of Technology (SAIT), says it’s true that the most innovative plant-based ingredients often come at a higher cost. SAIT revamped its recipe modifications course two years ago to shift its focus from making substitutions to building recipes around cutting-edge ingredients, such as inulin, a fibre made from chicory root.

“For example, if we’re making a [traditional] lemon tart, it would cost us maybe $1.54 in ingredients. But if we use citrus fibre, inulin, any of these speciality ingredients, then our costs shoot up at least 50 per cent,” he says. 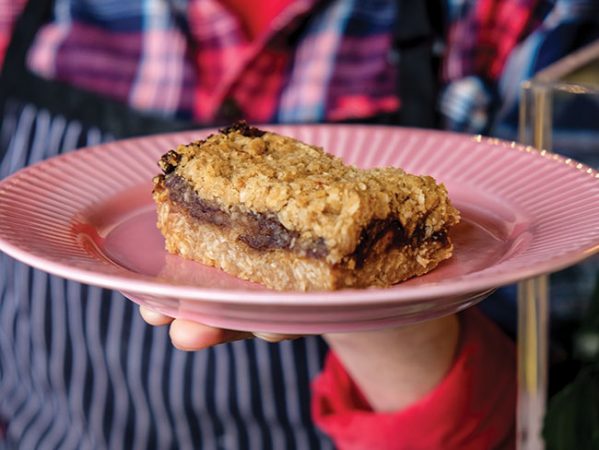 Mattina says that sometimes the solution is as simple as having open conversations about ingredients and their costs with customers. “I do have to have that conversation,” she says. “Our cupcakes are not $1.50 each and there are reasons behind that: they’re handmade and we’re a small boutique shop, but the real reason is the ingredients.”

Nielsen says that many customers are willing to pay more for plant-based items because they prioritize personal health, animal welfare, and environmental sustainability. “There probably will be a bit of a price premium for a while,” says Nielson. “But many people, especially younger people, they’re putting value on making food choices that are better for the planet, for themselves, and for animals.”

Mattina adds that the growing variety of vegan ingredients means there are also more products available that closer align with the values that cause consumers to choose a plant-based diet in the first place. “We all know about the devils of palm oil now but for a while, our only option for a plant-based fat product to replace butter was made with palm oil,” she says. “A lot of people, they’re not eating animal products because they care about animals and the environment and the planet, so for that to be the only option, it’s really just not a good option at all.”

Sproud’s products, for example, come in eco-friendly packaging and also do not require refrigeration during transportation, which the company says cuts its carbon footprint by a third compared to other milk products. “It’s not only a good plant-based option, it’s also the most sustainable milk you can ever choose from,” says Tegman.

Sproud’s products also contain five times the protein of almond milk and three times the protein of oat milk. It makes Sproud’s milk alternative all the more appealing for bakers (and their customers) who are aiming to make a positive impact on their personal health and the environment by choosing plant-based ingredients.

“We’re really just on the edge of an exciting time where these alternatives make things more satisfying and less of a compromise,” says Nielson.

Jessica Huras is a Toronto-based food writer. Her work has also appeared in the Globe and Mail, Elle, Sharp, and TVO, among other major Canadian publications. You can reach her at jesshuras@gmail.com