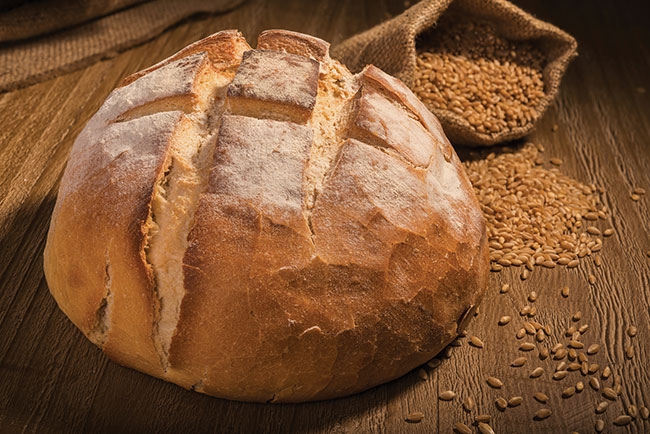 Fermented breads like sourdoughs are seeing new levels of popularity.

Even though the origins are speculative, bread-making is thought to be prehistoric. Records of both beer and bread-making dating back to ancient Egypt reveal that fermented foods are among humanity’s oldest attempts to preserve food.

Fermentation is a straightforward reaction. It occurs when microorganisms convert carbohydrates in foods to alcohols or acids. Nearly all food fermentations are the result of more than one microorganism, either working together or in a sequence, with growth initiated by yeast and/or bacteria – a process that gives fermented foods their characteristic flavours and aromas.

North Americans are jumping on the fermented food bandwagon, and interest seems to be at an all-time high this year. Recently, more consumers have been willing to try the unique sour and tangy flavours created during the fermentation process. Longer fermentation time translates into tangier flavours. The sour-bitter flavour range results from lactic acid, which develops over time.  As more home and commercial bakers experiment with different fermented foods, it’s interesting to identify which flavours (due to the fermentation time) resonate best with consumers.

And as consumers are getting more sophisticated, not only is taste a consideration, but so are interesting textures. I clearly remember tasting, for the first time, sourdough bread made by Chad Robertson – master baker and owner of Tartine Bakery in San Francisco – and it was not only the taste but the texture that made the experience so unique. There was a nice crisp crust with a chewy aspect to it – something I had not experienced before. Texture variation is becoming a greater consumer request. Fermented whole grains, nuts and seeds can be used in a variety of ways in breads and baked goods to produce layers of appealing textures.

In addition to the preservation effect, unique flavours and textures that fermentation brings to foods, it has only been recently that scientific investigations have confirmed fermented foods may provide nutritional and health benefits. Fermented foods, ranging from sourdough bread to sauerkraut to yogurt are increasingly being seen with benefits from digestive health to immune health. RFI Canada president Grant Smith explains, “Fermentation is actually a form of pre-digestion. Certain foods may have excellent nutritional profiles, but are difficult for humans to digest. Cereal brasses are a good example. Cereal grasses are defined as the young grass stage of the wheat, barley, alfalfa or oat plant. At this young green stage, the cereal plan is much more nutrient-dense than the mature plant, containing many times more B vitamins, minerals, chlorophyll and antioxidants. However, the nutrients are encased in cellulose plant cell walls and humans cannot digest cellulose. Fermentation of cereal grasses is an excellent way to break down cellulose.

“At RFI, we are observing an increase in requests for fermented ingredients,” Smith says. “We ferment a variety [of] dry material used by the baking industry including grains, grasses, seeds, vegetables, spices and fruits. And our customers are asking for more customized blends. ”

There is a definite trend toward home fermentation with the rise of do-it-yourself kits for sauerkraut and sourdough bread classes popping up all over the country. I met Sandor Katz, fermentation revivalist and author (his most recent book is The Art of Fermentation) two years ago in San Francisco – the same time I met Robertson. Then last October, at the Food and Nutrition Conference and Expo in Atlanta, I heard Katz speak again, so I wanted to get his opinion on the rise of fermentation. Katz explains, “We are in a culture interrogating our food. People are open to new techniques, including allowing the time to create new breads that usually taste better with enhanced nutritional value and shelf-life. Even though it may take a couple of times to get a sourdough bread to turn out, it becomes a delicious and fun experiment for both the commercial and home baker.”

Katz also adds this interesting fact: “Up until one hundred years ago, all our bread was sourdough with a mixed community of microorganisms. Then, with the innovation of commercial yeast as a separate step to make bread in a more timely manner, we moved to the modern-day process of bread-making.”

I’m excited to see the trend of fermentation on the rise. It’s all about creating new, tastier foods with surprising health benefits!