Baking and restaurant trade show offers much for North America 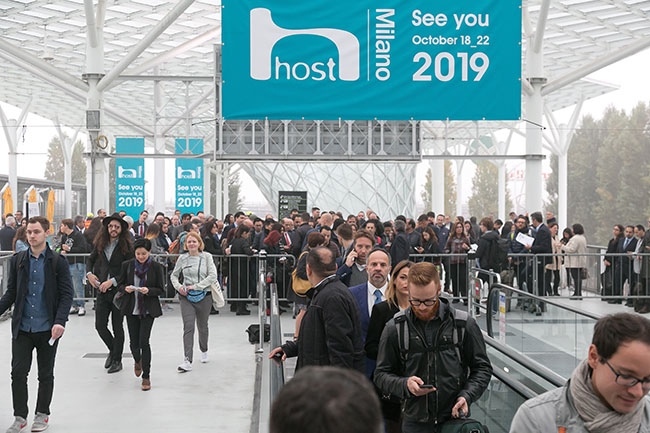 HostMilano promises baking, catering and restaurant opportunities from around the world.

Bakers and those in the restaurant industry take note: The 41st annual Host Milano event takes place between Oct. 18 to 22, 2019. HostMilano writes in a press release that 35 per cent of tourist spending (over 30 billion euros) goes into eating out and 4.1 million Italians are using food delivery services.

Things now look good for imports and exports with the coming into force of CETA, the free trade agreement between the European Union and Canada, which provides for the elimination of tariffs on 92 per cent of European exports; this opening up of markets should also facilitate the entry of European firms into Canada, and vice versa.

Imports already account for a large slice of the profitable Canadian catering and restaurant services. In 2017, more than two billion euros was spent on machinery, equipment and accessories for professional catering, with two thirds of imports in the premium-price range. An average annual increase of more than 6 per cent by value is forecast between 2018 and 2021.

Premium-price imports account for around 34 per cent of the total; in these segments, purchases from Italy appear relatively limited (just 5 per cent of the market). However, an average annual growth of more than 3.9 per cent is forecast for 2018-2021.

HostMilano offers a good vantage point from which to view international markets. The trade show offers a diverse program organized by Fiera Milano that shares workshops, events and display tables from around the world, enabling it to gain footholds in the most well-established, consolidated markets. The 41st edition of the fair this October will bring together at FieraMilano, the most innovative ideas from the world of hoteliers, restaurants and catering (Ho.Re.Ca.), retail, and large-scale distribution. The ability to anticipate future trends has seen HostMilano rise to become one of the sector’s leading events: with a year still to go until opening day, 1,251 companies have already confirmed their participation, with 44.7 per cent of these hailing from 45 different countries, including new entries Albania, Latvia and Columbia. The top seven countries by number of exhibitors are set to be Germany, Spain, France, the United States, the United Kingdom, the Netherlands and Portugal, while Spain and the U.K. reveal the strongest growth rates.

Thanks to continuous scouting in collaboration with the Italian Trade Agency, there will be over 1,500 hosted buyers from 80 different countries in attendance, and a focus on the U.S., Canada, the Middle East, the United Arab Emirates, China and Russia. Media coverage is also significant, with at least 100 journalists invited and partnerships with over 75 international publishing companies, primarily in Europe, Asia, America and the Middle East. The event counts on institutional agreements with important international associations such as the FCSI – Foodservice Consultants Society International, Restaurants Canada, CEDA (U.K.) and AFEHC (Spain), in addition to a number of distinguished Italian associations.