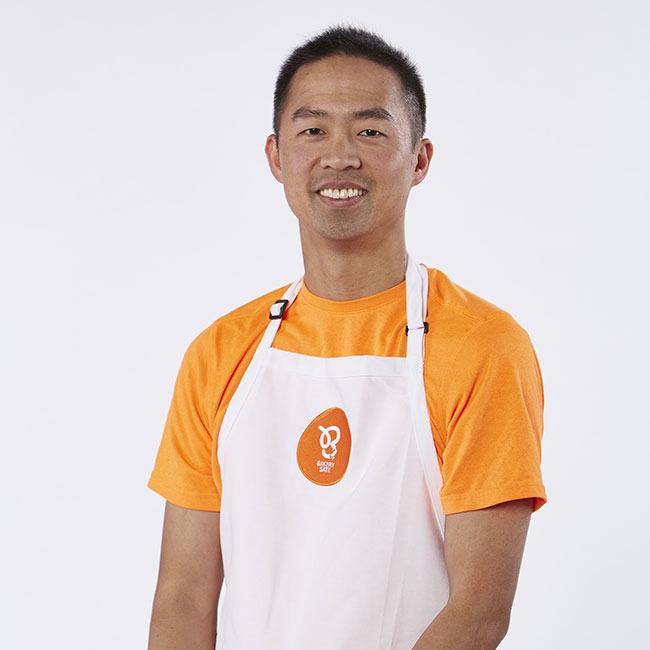 One word to describe Eric Ho, owner of Bakery Sate in Vancouver, is courageous. After leaving a successful career as an engineer, Ho enrolled at Pacific Institute of Culinary Arts to study  baking and pastry. Then, without ever having actually worked in the food industry, he launched his own bakery and built it into a success.

So, how was Ho able to do this in today’s marketplace? How has he kept current trends in mind? And what has contributed to his success?

The first rule of business is passion. “I have always loved to bake, ever since I was a little kid,” he says. Television chefs were his inspiration then. And that job as an engineer? Well, it led to work-related travel to Paris at least four times a year. This exposed Ho not only to French patisseries and boulangeries, but to how Europeans like to eat.

Today, his bakery with 16 seats, on a busy city street, serves what Ho describes as French inspired items with contemporary flavours. He keeps the list of menu items short.

It all began with 20 items. “We started out with croissants and small individual cakes. Then, we added scones and muffins for people who wanted something else for breakfast. Cream puffs and sandwiches were next.” And although customers have asked Ho to add more lunch items such as soups or salads, he stands fast, “We don’t have the space and our focus is on fresh baked products from the oven. We base our sales around that.”

Starting the business from scratch was not easy. After investing almost $850,000 of his own money to buy the new space, build the bakery and add the equipment, he admits he questioned his plan. “The first croissants we made were awful!” he exclaims. Then, he adds, while laughing, “I cried a few times that first month.” Today, Bakery Sate is known for its croissants. “The consistency and quality are much improved.”

Ho says his flavour profiles have been influenced by living in such a multicultural city and by requests. “Customers were asking for lighter, fresher flavours, that weren’t as rich as chocolate or salted caramel.”

To stay current with dietary needs and trends, Ho has developed his own gluten-free flour, made with a combination of white rice, brown rice, tapioca and potato flours.  This combination allows products to be created, without a change in texture or flavour. “When we sell cakes for a party customers always buy a few gluten free cakes. It allows us to reach a different niche.”

And what about keeping costs in line? “That’s always a challenge for most small business,” says Ho. “As the owner, I work the most hours – on average about 50 hours week in the kitchen and five hours a week on business operations. The first two years, I definitely put in even more hours!”

Bakery Sate has three other full time kitchen staff. Instead of keeping the business running seven days a week, the bakery is open Monday to Friday only and from 7:30 a.m. to 7 p.m.  The team begins work at 5:30 a.m.

Efficiency is key. For example Ho uses one basic dough for all his croissants, and adds different ingredients to it to make his varieties. Also, with the number of breakfast pastries sold, a sheeter was a mandatory purchase.

The bakery has very little waste. Ho uses very standardized recipes, written in weighted measurements, with all steps written out. “It sounds simple and straight forward, but this way everything is on paper and isn’t left to subjective judgment.” This eliminates costly mistakes, and allows for costing out and budgeting each product.

Leftover croissants can always be turned into the double baked variety, which are split lengthwise, spread with almond cream and a desired filling such as apple or matcha, and then baked. Bits and end that have been cut from croissants, or the occasional subpar ones, are cut up and made into products such as Nutella Banana Croissant Bread Pudding.

As for digital marketing, Ho feels that although he has an adequate website, he has not spent any money on search engine optimization or professional content development. He uses social media to promote the bakery and posts regularly on Instagram, Facebook and Twitter, but has not bought any sponsored ads on these platforms.

Ho believes his best marketing has been word of mouth. People in Vancouver were quite excited to see Ho on Food Network’s Sugar Showdown Season 2. And although he didn’t win, it did send the curious into his bakery.

Bakery sales continue to climb. In 2017, sales increased 15 per cent. “This trend has been similar, year-to-year since we first opened,” he says.

Today, local neighbourhood residents stop by to pick up baked goods. Parents taking their kids to the private school across the street pick us snacks and lunches for their kids, as well as something for themselves, as they rush to work. Other customers drive out of the way to visit the bakery for classical French pastries, with just the right twist of something different. Ho stuck to this plan and turned Bakery Sate into a success.

Karen Barr writes about arts, culture and cuisine. She is a  graduate of George Brown College and a Red Seal pastry chef.