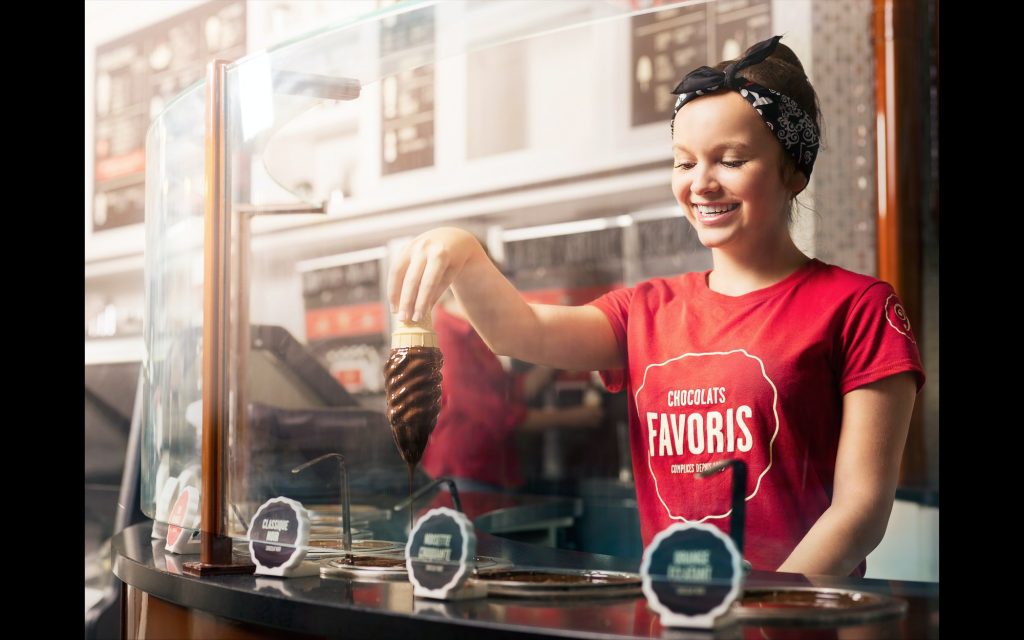 Victoria – Chocolats Favoris, an artisan chocolate shop chain founded in 1979 in Lévis, Quebec , has launched its second store outside of Québec and first store in Western Canada, opening in Victoria, B.C.

“This new shop opening is part of our major expansion plan to achieve $100 million in turnover by 2020,” said Chocolats Favoris president Dominique Brown in a company release. “This is our second shop outside Québec—but that’s only a start. We want Chocolats Favoris to be the chocolate destination preferred by all Canadians, with shops in all major cities within the next three years.”

Chocolats Favoris currently has 20 chocolate shops in Québec, one shop in the Ottawa area and now one in Victoria. The company plans to add two more shops by this fall. “We’re also planning to expand abroad as of 2017,” stated Brown in the release.

Locations feature counters of chocolate (fine chocolate and bars) and include a station dedicated to dipping soft-serve ice cream in one of 12 chocolate flavours, including original milk, dulce de leche, cookies and cream and salted caramel. Canned chocolate fondue is also available for purchase.
Advertisement

Brown believes the concept shop will resonate well with Victoria residents and tourists.

The new location is at 1010 Government Street in Victoria.