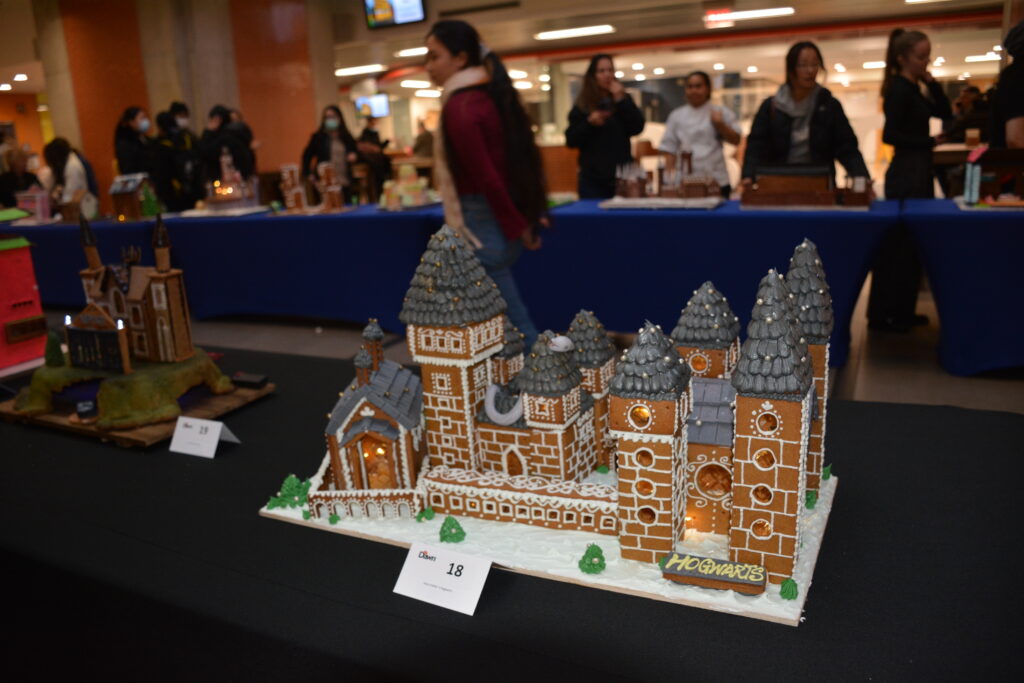 Toronto – George Brown College showcased a high calibre of student talent – and a high number of entries – at its annual gingerbread house contest, held in person in the college’s Atrium.

Professor and chef Sue Fleming, who organized the annual event, said they received 79 entries and narrowed the field to 40 for the final judging. Students in the baking and pastry arts programs were tasked with creating a gingerbread house inspired by a favourite movie.

Cheung Ming Ngai won second prize ($1,000) for a detailed depiction of the house from Home Alone.

Chloe Nguyen won third prize ($500) for a colourful tribute to Alice in Wonderland.

Jennifer Alba’s two-storey tribute to Ron Weasley of the Harry Potter films (“It’s not much, but it’s home”) won the People’s Choice, which includes a selection of baking tools.

See the photo gallery below. 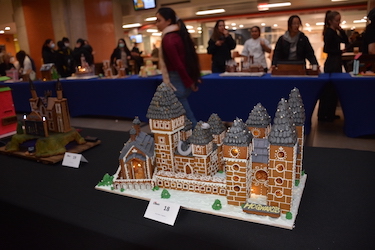 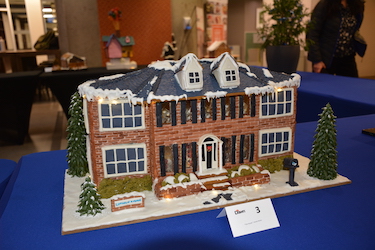 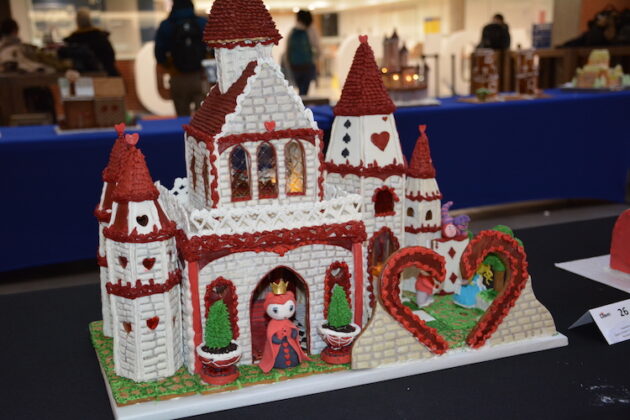 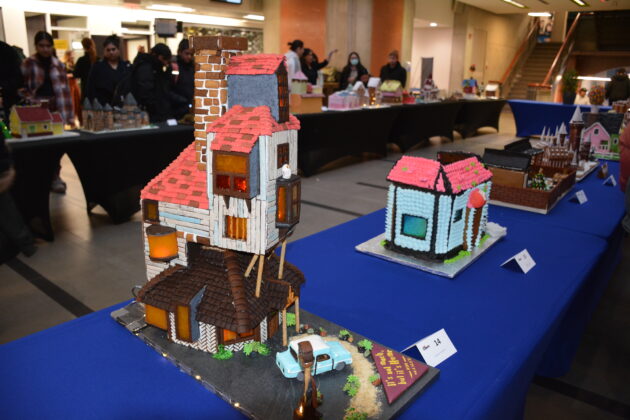 Sponsor Dawn Foods provided the prize money for the event. All four students will receive baking books from Wiley. Russell Hendrix Food Equipment also supported the competition as a sponsor. 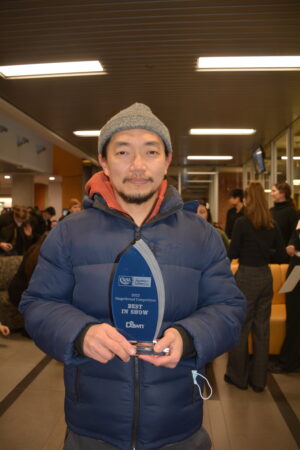 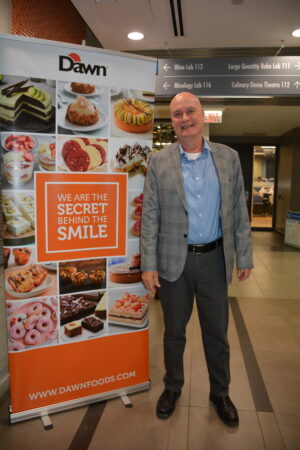 Bakers Journal would like to congratulate all participants in this year’s contest and wish all of the students and staff of George Brown College a safe, happy and healthy holiday!