Honey confiscated since it's a standardized product 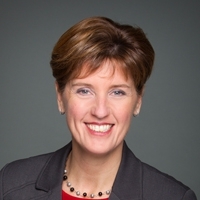 The Honourable Marie-Claude Bibeau, Minister of Agriculture and Agri-Food Image courtesy of The Government of Canada

The Honourable Marie-Claude Bibeau, Minister of Agriculture and Agri-Food announced that surveillance and enforcement actions by the Canadian Food Inspection Agency (CFIA) prevented nearly 12,800 kg of adulterated honey, from entering the Canadian market.

The Government released the results of targeted testing by the CFIA; the confiscated honey was valued at close to $77,000.

Under Canadian law, honey is a standardized product and cannot contain added sugars; otherwise it is considered adulterated and is not allowed to be sold as authentic honey in Canada.

Targeted testing by CFIA in 2018 found that 78 per cent of the 240 samples collected from across Canada were authentic honey, including 100 per cent of Canadian honey sampled. The remaining samples found the presence of added sugars. The findings are not necessarily representative of the amount of honey adulteration in the marketplace overall, because the sampling was targeted to focus on risk areas (for example, establishments with a history of non-compliance, gaps in preventative controls, or unusual trading patterns).

“Adulterated or fraudulent honey is a major problem, not only for Canadian beekeepers but for honest beekeepers world-wide,” stated Rod Scarlett, Executive Director, Canadian Honey Council in a press release. “It not only means consumers are not getting what they pay for, it drives the prices down for legitimate honey producers, and this has had a serious impact on the finances of many Canadian commercial beekeepers.”

Data gathered through the surveillance strategy will help further refine CFIA’s compliance and enforcement activities, along with funding provided under Budget 2019 to enhance CFIA’s capacity to do this type of important work.

Under Budget 2019, the Government of Canada introduced the Food Policy for Canada which provides $24.4 million over five years to CFIA, starting in 2019-20, and $5.2 million ongoing, to crack down on food fraud – the mislabelling and misrepresentation of food products – in order to protect consumers from deception and companies from unfair competition.

“Consumers expect their honey to be 100 per cent honey. Intentionally adding sugars to honey is food fraud and is intended to increase the amount of honey by diluting it,” said Bibeau in a press release. “We need to protect Canadians from deceptive food practices and ensure industry complies with regulatory requirements.”

Testing honey for authenticity helps protect consumers from deception and supports a fair marketplace for all. Regular testing of honey by CFIA looks for the presence of sugar cane and corn syrup, while this testing also included looking for rice syrup and beet sugar syrup in honey using a new scientific testing method.