Justine Martin, owner of Sudbury’s Guilty Pleasures Bakeshop, was named Rising Star of Canada, while Sona Karapetyan of LiMa cakes in Toronto was recognized as the top Wedding Cake Artist.

Finalists for the first-time awards were chosen based on blind nominations and were required to submit a personal essay and portfolio of work which were considered by the American Cake Awards team. In total, over 3,000 nominations were received across 15 categories. The eight-person judging panel included industry icons such as regular Food Network judge Nicholas Lodge, three-time Food Network champion and multi-series host Karen Portaleo, as well as Food Network Champion Liz Marek of SugarGeekShow.

In addition to being a member of the judging panel, Canadian confections icon Susan Trianos, founder of Learn to Cake in Toronto, presented both the Rising Star Canada and Wedding Cake awards.

“What an honour it was to judge and present at the first ever American Cake Awards,” Trianos said. “Canada has so much talent when it comes to confectionary arts, and it was amazing to have some of our finest recognized, not only for the Rising Star Award but also in categories such as Sculpting, Wedding Cakes, and Cookies, to name a few. I want to extend a big congratulations to our very own Justine Martin and Sona Karapetyan, as well as all the talented Canadian finalists!”

Finalists were originally named in March 2020. The awards were thrice postponed due to COVID-19, finally being held in Miami on April 30 as part of the SoFlo Cake and Candy Exposition.

Designed to recognize up and coming cake artists from across North America who are projected to be the stars of the future, this award category was sponsored by Canadian company, Roxy & Rich.

“I was honoured simply to have been nominated amongst such an amazing group of Canadian talent. To be named Rising Star Canada in the inaugural year of the American Cake Awards is surreal,” said Justine Martin, owner of Guilty Pleasures Bakeshop. “I’m struggling to find words to express how this feels; and those who know me, know I am never without something to say! To be recognized in such a capacity after less than five years in business is both incredibly humbling and encouraging. I want to sincerely thank the person or people who graciously nominated me back in 2020. To have been presented the award by one of my Canadian industry idols, Susan Trianos, was truly icing on the cake!” 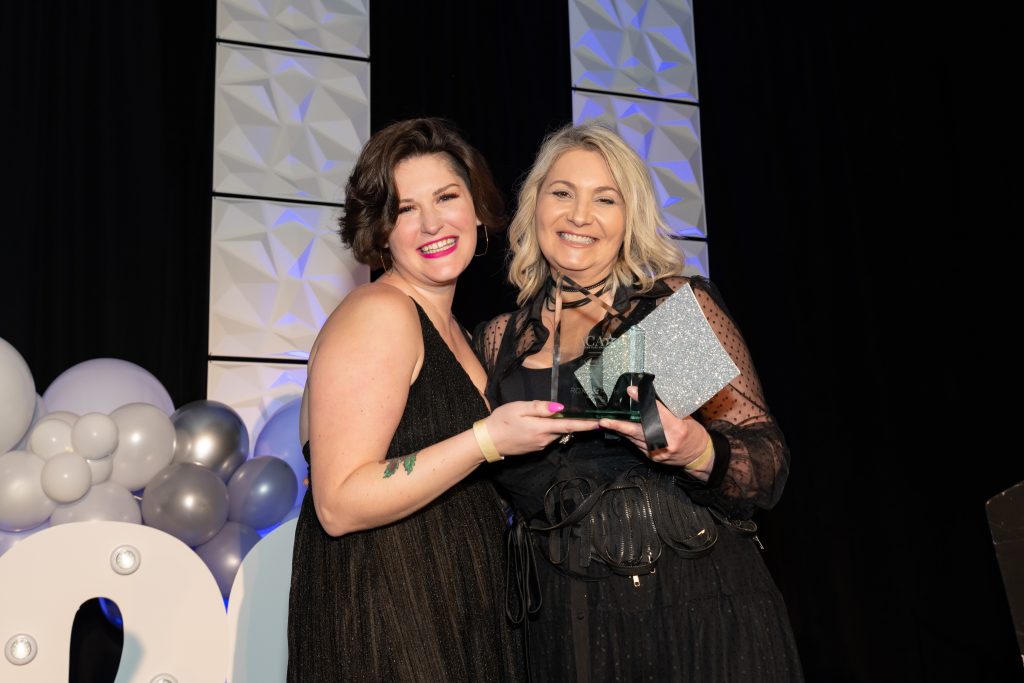 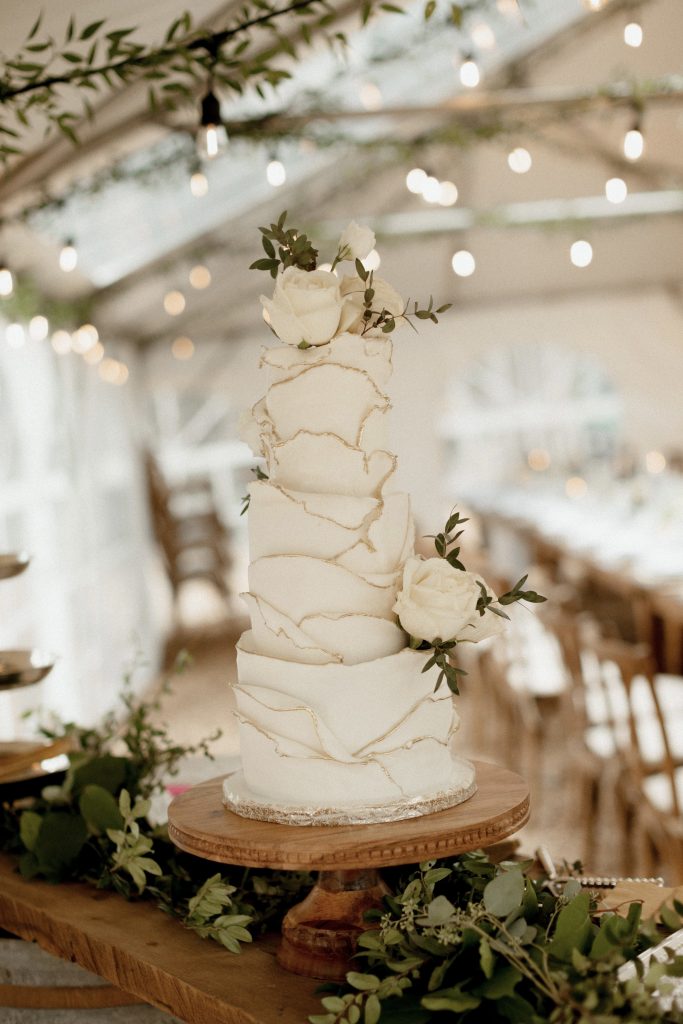 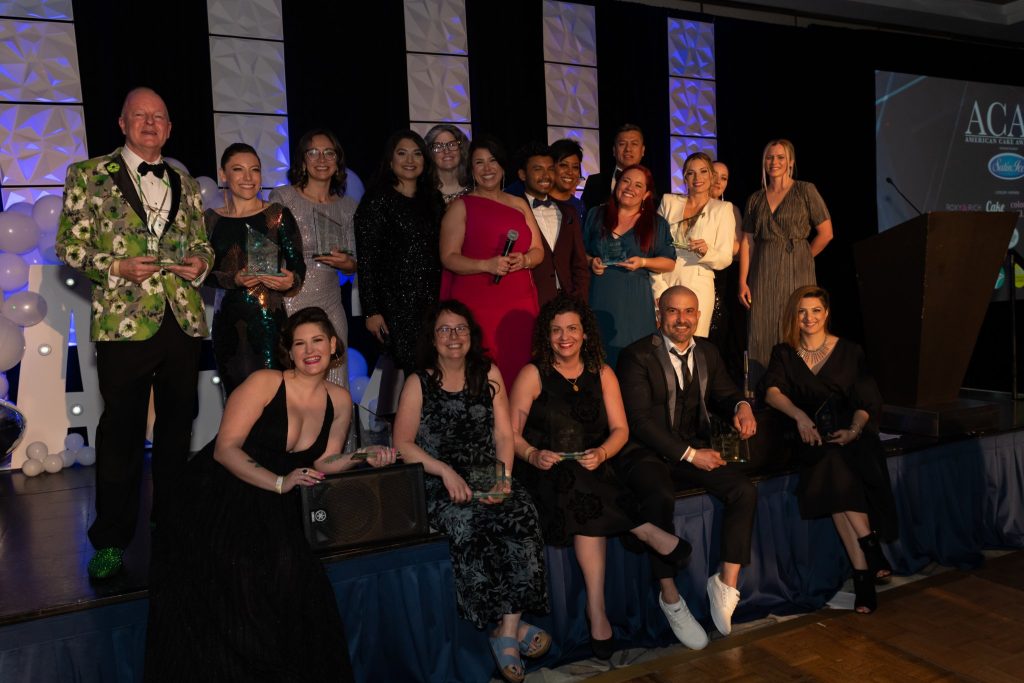 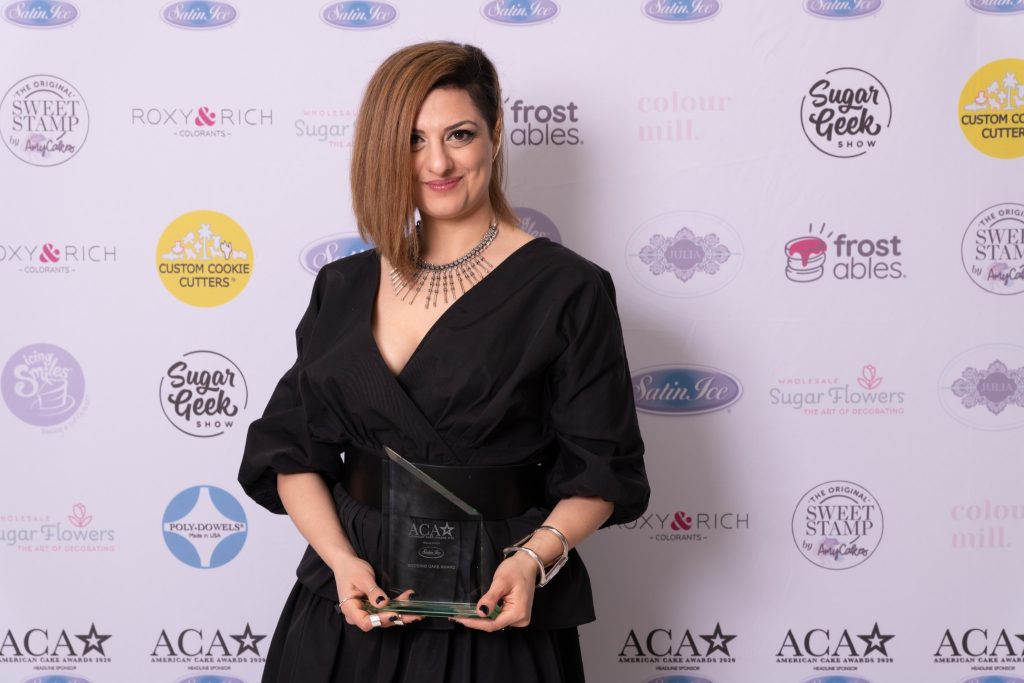 This category recognizes the best in wedding cake design from across North America.

Karapetyan experiments with different textures, shapes and architectural elements to create a unique design language. She creates bespoke pieces for clients based on their imagination, personality, style and unique event theme. She is also an international instructor who has shared her skills with students from around the world.

Karapetyan expressed gratitude for the award in this excerpt from limacakes.com:

“What an incredible honour! My fellow colleagues who were also nominated are all so talented, unique, inspiring and they all have such a strong place and voice in our cake community. This award equally belongs to them… It is, however, so incredible to be recognized with a nomination and award for this category – it is a wonderful reminder that the world sees and recognizes our work as well. I never thought, in a million years, that I would achieve what I have achieved in the last six years – they were difficult, stressful and full of tears, but they also brought me so much happiness and empowerment.”

For more information about The American Cake Awards and a complete list of finalists and winners, visit americancakeawards.com.