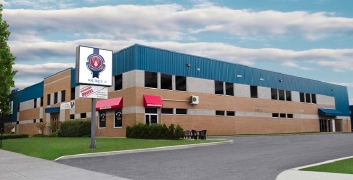 Rennes, France – A Montreal industrial baking facility owned by Bridor, a division of France-based Groupe Le Duff, has been earmarked for expansion as part of Bridor’s 400 million Euro ($518 million) planned investments in France and North America over the next five years.

In a release, Bridor stated the company anticipates adding at least 1,000 more employees worldwide over the next five years and has set an objective of achieving global sales of 1 billion Euro in 2020.

Bridor owns and operates plants in France and North America. The company announced that it is adding an R&D and training centre to its flagship site in France along with a logistics and storage facility.

Its Canadian plant in Montreal will grow to 55,000 square metres (592,000 sq. ft.) and increase its production capacity to provide breads and pastries across all of North America. The American facility in Vineland, New Jersey, will be growing to double its annual capacity of croissants and pains au chocolat.

Bridor was founded in Quebec by Louis Le Duff. Born in France, Le Duff moved to Quebec, received an MBA from the University of Sherbrooke and started his bakery business near the school in the 1980s. Today Groupe Le Duff, headquarterd in Rennes, France, includes multiple brands consisting of restaurants and bakeries with a presence in 90 countries and annual revenues of over 2 billion Euro.