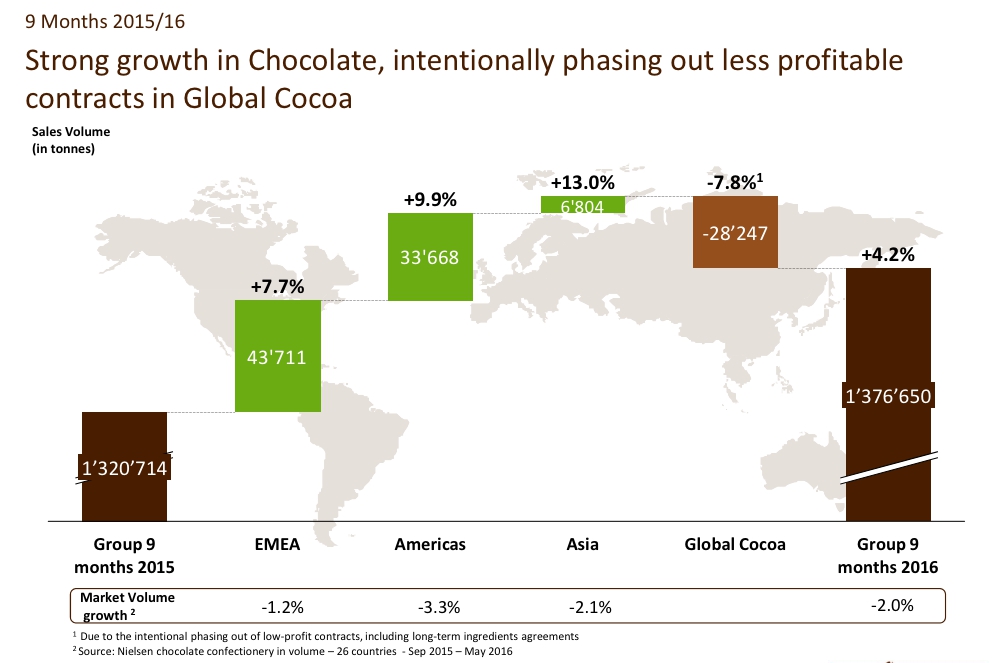 Switzerland – For the first nine months of its fiscal year (ended May 31, 2016), the Barry Callebaut Group—a leading manufacturer of high-quality chocolate and cocoa products—has reported a 4.2 per cent increase to its overall global sales volume, all despite a worldwide confectionery market that declined 2%, according to a Nielsen market report.

In the Americas market (North, Central and South America), the company’s sales volume increased by 9.9 per cent despite a 3.3 per cent decrease in the region’s confectionery market. According to the Barry Callebaut release, the volume growth in the Americas was driven by “remarkably strong results in national accounts and the gourmet and specialties business in North America.” Sales revenue also increased by 6.9 per cent in the Americas region compared to the same nine months in the year prior.

The strongest growth region for the company was the Asia Pacific, with volumes growing 13 per cent and sales revenues rising 12.1 per cent compared to the same period in the year prior.