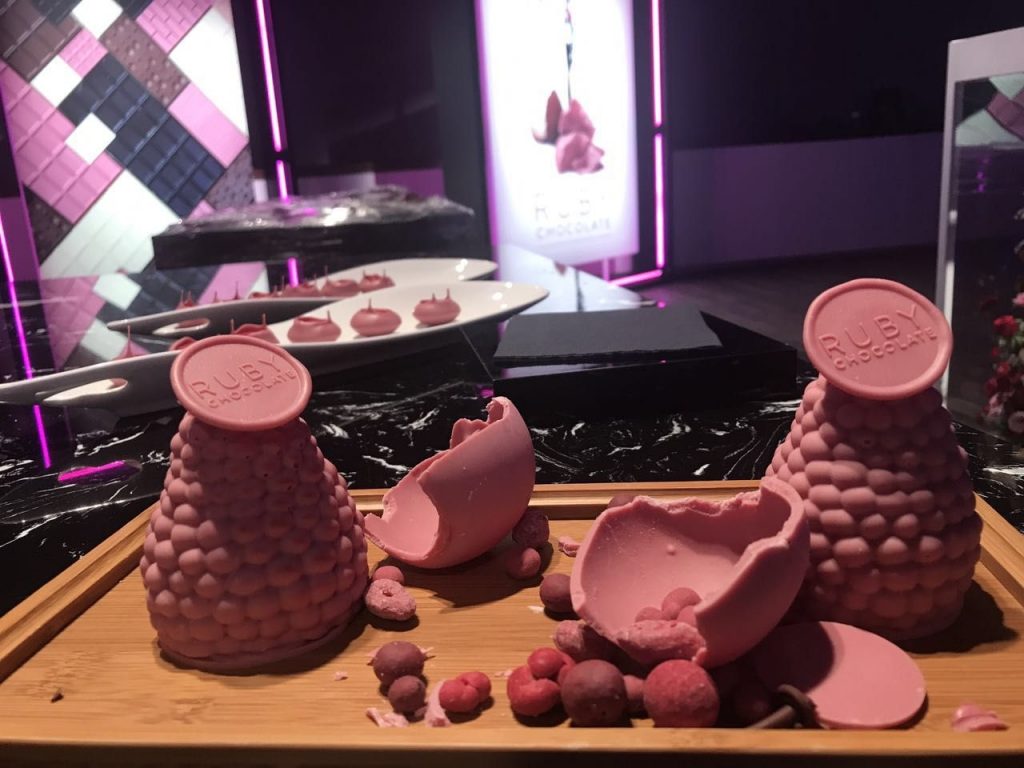 Eighty years after the launch of white chocolate as the third type after dark and milk, Barry Callebaut introduced a fourth type in chocolate: ruby. Ruby is made from the ruby cocoa bean and has an intense taste and characteristic reddish colour. Ruby chocolate was unveiled at an exclusive launch event in Shanghai, China, on Sept. 5.

The ruby bean is unique because the fresh berry-fruitiness and colour precursors are naturally present. The cocoa beans are sourced from different regions of the world. The bean has a specific set of attributes, which Barry Callebaut unlocked through an innovative process that took many years to develop.

The invention of ruby chocolate is the work of Barry Callebaut R&D centres based in France and Belgium, the Jacobs University and over 175 years of expertise in sourcing and manufacturing.

The fourth type in chocolate offers a new taste experience, which is not bitter, milky or sweet, but a tension between berry-fruitiness and luscious smoothness. To create ruby chocolate, no berries or berry flavour, nor colour, is added.

Ruby chocolate has been tested and validated through extensive consumer research run by independent global research agencies Haystack and Ipsos in the UK, U.S., China and Japan. As part of these studies, ruby’s consumer appeal and purchase intent have been tested, indicating consumers would buy ruby chocolate at different price points.