Features Business and Operations
Banking on a Vanishing Gene Pool 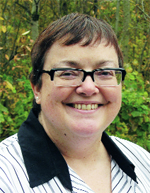 Lately, whether it’s about car emissions, organic farming or the disappearing polar ice cap, it seems more and more scientists are in agreement about climate change – we’re going through a “hot flash” at least. And the warming of our world is threatening the survival of our domesticated crops.

In times of crisis, such as drought, or pests – or when crops are threatened by the effects of climate change – we tend to dip back into the wild gene pool to find traits that will allow them to survive. Thus, over the past few years, some countries have begun creating seed banks –  Britain’s Royal Botanic Gardens The Millennium Seed Bank is just such an insurance plan for keeping threatened plants alive. So, too, are similar seed banks in China, Brazil, Norway and Portland, Ore., in the U.S. One of the botanists there believes one in five plants is in danger of going extinct in the U.S., and whether you choose to argue numbers or not, most researchers would agree, biodiversity is being lost at an unprecedented rate.

The Consultative Group on International Agriculture Research (CGIAR) issued a stark warning on the need to bank seeds, stating its results indicated that “the survival of many crop wild relatives . . . are likely to be seriously threatened even with the most conservative estimates regarding the magnitude of climate change.”  CGIAR went further, extolling the urgent need to collect and store seeds in crop diversity collections before they disappear, since “existing collections are conserving only a fraction of the diversity of wild species that are out there.”

Most recently, the United Nations sets up the Global Crop Diversity Trust (GCDT) to bank the seeds of the world’s 21 major food crops, which include wheat, barley, rice and corn. It may not sound like an immense task, but consider that there are 100,000 different varieties of wheat, for example. And, since the existing seed banks are considered vulnerable to conflict and natural disaster, GCDT has set up the Svalbard Global Seed Vault, which is described as “the ultimate safety net for global crop diversity.” This super seed vault, which will open this year, will house up to three million different types of seeds, and is being constructed inside a mountain close to Longyearbyen, Norway.

Some maritime historians discovered an unintentional seed vault earlier this year, at the bottom of Lake Erie in Ontario. A shipwreck from the 1870s, examined by divers, was found to have 14,000 bushels of grain – most of it wheat  – 160 feet below the surface of the water and well preserved. It’s too soon to tell if the wheat is capable of germinating, or being added to an actual seed bank, but the coincidence seems serendipitous.

Other means are being used to ensure the world will not go hungry – since crop survival is about more than diversity, it is also about future food security. Research institutes around the world are presently investigating genetic modification (GM) or biotechnology to combat the effects of climate change.  Australia is one of the countries in the forefront, simply because they are already dealing with increasing levels of salinity as a result of global warming. Around 5.7 m hectares of soil are affected, and their efforts to combat the problem are costing the government an estimated $270 million each year.

Considering the world’s swelling population, exacerbated by the impact of global warming and the resulting need for world food grain production to double by 2050, it’s no wonder scientists are urging us to accept GM if we want to continue to eat. Avoiding food shortages in the future doesn’t seem to be a matter of just banking seed – or discovering it at the bottom of the Great Lakes. At least there is evidence that someone is looking after the wheat our bakers need for flour in 2050 – now.