80 years of food trends in the Canadian baking industry 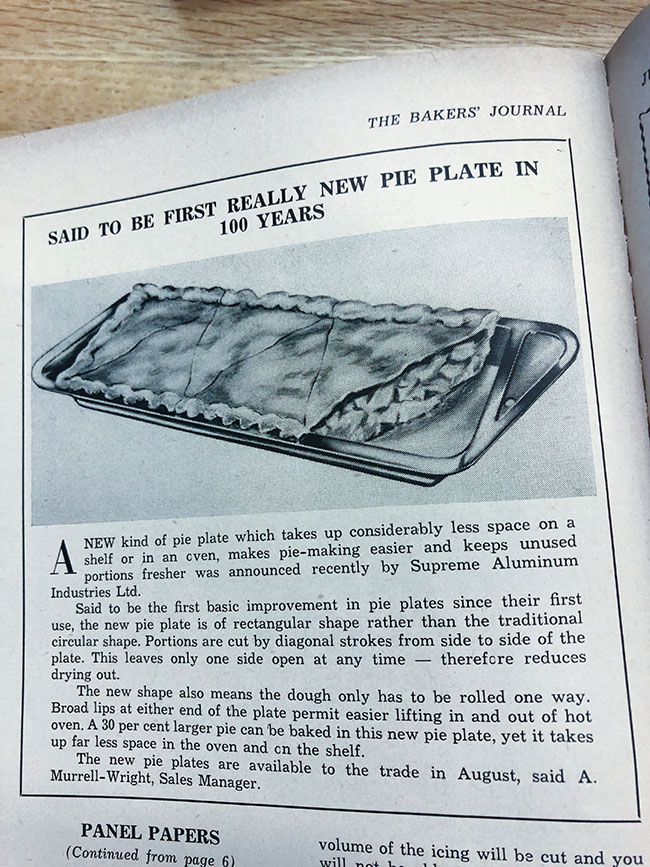 Supreme Aluminum Industries Ltd. created a rectagular pie pan in the 1940’s. This new shape was designed to save oven space and satisfying the growing industrial bakery field.

The late thirties and early forties were a time of rationing, and the motto, “Food Will Win The War” was on the lips of commercial and household bakers alike. This meant that the cost of ingredients and production rose substantially: Many flour mills and sugar refineries reported a loss of manpower due to conscription.

The first issue of Bakers Journal was published in July 1938, during a time when many bakeries formed councils or professional associations. Canadian bakeries learned to adapt their formulations with alternative ingredients. Bakers Journal included a recipe that was to become famous within Canada: Tomato Soup Cake.

1940s
The popularity of gelatine desserts began during the war. With much beef being processed for the boys overseas, factories found ways to turn bone waste into profit by processing gelatine. Households made cakes, mousses or jelly desserts using gelatine as a base. As an added advantage, gelatine took well to artificial colouring, and could take on cheerful hues. Children who grew up during the war grew to associate gelatine with a strong sense of nostalgia; gelatine desserts would also re-emerge in the sixties and seventies.

In 1949, Canadian bakers were eager to see recovery on the horizon. February 1949’s edition of Bakers Journal reported on the milestones achieved in its previous decades. “How many, for instance, realized that the introduction of machinery would eventually lead to larger chain bakeries operating in ever-widening circles?”

Fun fact: In 1949, a baker could buy an established bakery, trucks and equipment for only $17,000. Interested buyers would reply via the “Opportunity Ads,” (now called the Classified section) through Baker’s Journal’s office on 21 King Street East, Toronto, ON.

1950s
Alternative ingredients are not just a recent, 21st century fad. Bakeries were looking into ways to create flour alternatives at a lower cost back then, and ways to use less salt without compromising flavour and texture.

While we are currently focused on gluten-free flours, grain alternatives like fish flour were considered as far back as the fifties. An October 1954 article in the “What’s Cooking?” column in Bakers Journal reported that fish flour “should be suitable for white or brown bread and mealie meal.” Dr. G. M. Dreosti, the Director of the Fishing Industry Research Institute of South Africa admitted that South Africa had “not produced a perfect fish flour.”

The nation’s interest in sodium-reduced applications dates back to 1954, at the Institute of fermentation in Ghent, Belgium. Our magazine reported that Professor E. Maes gave a lecture outlining the problem of improving the ‘dull taste’ of unsalted bread, with ways to achieve a ‘better appearance’ to unsalted bread.

Speaking of replacements, margarine was reformulated for baking purposes. While it was first introduced during world war II as ‘Oleo Margarine’, it was beginning to be used for the first time in industrial baking applications, but with limitations. It was advised even then that it not be used for deep frying. Fleischmann’s began selling margarine to consumers in 1972. However, as early as of October 1949 Sven Young of Canada Packers Ltd. wrote how Canada Packers Ltd “were the first in Canada to produce margarine.” 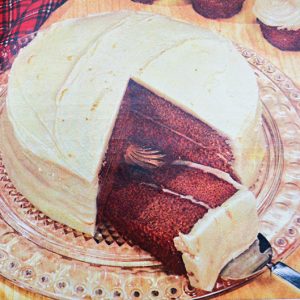 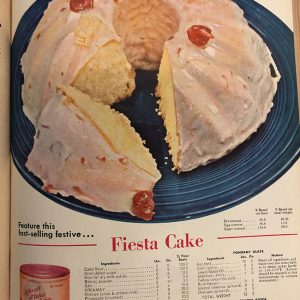 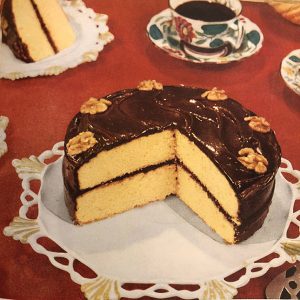 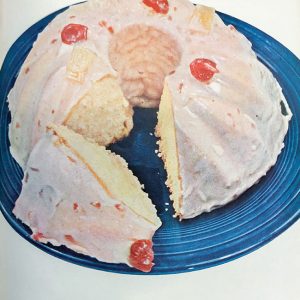 1960s
Cordon Bleu-trained Chef Julia Child changed the way domestic baking and the way American professional bakers saw French cuisine. Her weekly television show stoked consumer interest in European foods among North Americans. This was no great change to Quebec, what with its existing French tradition in bakery, but it did help expand the province’s export baking industries.

While an interest in international cuisine was piqued, the early sixties was also a time of industrial food revolution: Instead of tin cans, aluminum cans were used in food processing for the first time. An interest in providing quick food options for on-the-go consumers began in earnest. Domino’s Pizza launched its take-out chain business model. Frozen bread dough from Bridgeford Foods Corp., launched its product line in 1962.

In 1963, General Mills unveiled ‘Wondra,’ flour. The boom in wheat and food production made ‘buffet meals’ a trend in many restaurants and cafés, where abundance was the focus.

A love of French style desserts, like fondant-iced cakes or buttercream topped cakes were all the rage. Delicate pastel colourings also added to its appeal.

The grab-and-go trend really began in earnest; McDonald’s first launched its take-out breakfast, the ‘Egg McMuffin’, in 1973, and while bakeries and cafés had been offering a possibly less processed version, it initiated the launch of the commercial take-out breakfast sandwich.

Mail-order gourmet options gained popularity; The Fruit Of The Month Club launched in 1972, inspiring other players the food industry to promote and export their goods via mail order. The most popular cakes were fudgy and/or included gelatine in their filling like the fudge pecan pie.

1980s
In December of 1981, the U.S. News and World Report informed readers of America’s “Great New Food Craze”: Brunch. This can be seen as an extension of the buffet experience, where consumers wanted more variety. “Once criticized for their traditional ‘meat and potatoes’ mentality, many consumers are seeking better quality, greater variety — and much more enjoyment — at mealtime,” wrote Lawrence D. Maloney and Jeannye Thornton.

The article stated that consumers were more aware of their health in relation to food choices, and that many were choosing “lighter, less fattening foods.” The demand for yogurt was reported to have increased from 1970 to 1980 by over 207 per cent. Thanks to clever marketing, demand for margarine increased in that same time frame by 3.7 per cent, while butter sales decreased by 17 per cent.

This awareness for sugar-reduced goods took its toll on the food industry: Del Monte launched a line of ‘Lite’ canned fruits which boasted 50 per cent less added sugar and a third fewer calories. This, in turn, made food producers use less sugar in their baked goods like bread. Chocolatey dishes that used dark, Dutch-processed cocoa became popular; recipes had names like ‘Death By Chocolate’ but used less sugar than most. Mud Pies and Dirt Cakes were particularly popular.

In Canada, the decline in the use of sugar from 1960 onwards was of particular interest. Baked goods like Monkey Bread gained popularity, as did ‘Nouvelle Cuisine.’ 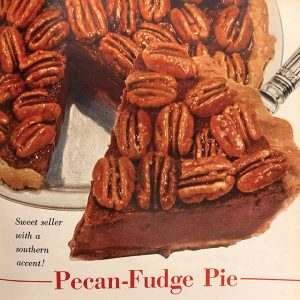 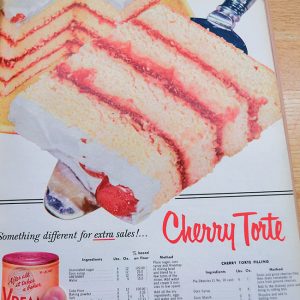 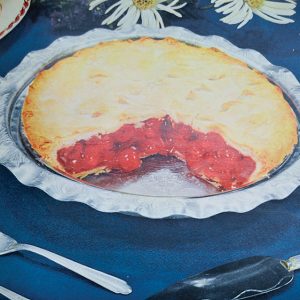 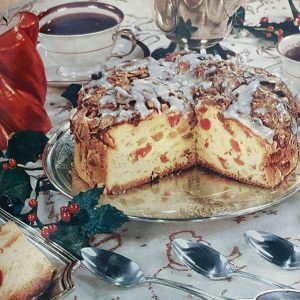 1990s
The ‘bigger is better’ motif of the decadent ‘80’s continued well into this decade. The hottest plating trend moved from the artsy Nouvelle Cuisine to architectural structures. Heaping plates piled high with artistic layers of food ushered in the age of “Tall Food.” Triple decker sandwiches, high cheesecakes and improbable looking towers of cream were on every menu.

Molly O’Neill of The New York Times wrote in 1993, “When Gotham Bar and Grill opened in the early 1980s, it epitomized the high-living, brash-spending decade…The dishes soar in height as well as flavor [sic]. Gotham Bar and Grill is the home of tall food. The salads look like mountain ranges…the diner’s initial response is to call for a pitchfork and start making bales. Inevitably, the soaring constructions collapse and the diner becomes the clean-up crew.”

2000s
At this point, the interest in healthy ‘clean living’ is slowly making its way to bakeries, but the dichotomy between healthy and luxurious is still evident. People want something nostalgic but also want low sugar, clean label and healthier foods.

Bakers start adding terms like ‘reduced sugar’ or ‘free-from’ to their labels to bring in clients. ‘Plant-based’ adds a healthy halo, but doesn’t clearly define if a dish is vegan, vegetarian, or simply includes fruit or vegetables.

At this point in time, plant-based baked goods that are ‘free-from’ animal by-products are gaining popularity, yet the traditionally made baked goods that include sugar, dairy and wheat are still a consumer’s go-to for comfort food and luxurious eating.

Statistics Canada has created a report that measured how much sugar consumers used between 1960 and today: The findings were surprising, to say the least. While there are no shortages of pastry shops, chocolatiers and confectioners, the overall amount of sugar that Canadians are consuming is actually less than it was prior to 1960.

According to the report, the average amount per kilogram per person peaked in 1969, with the average person consuming 45.26 kilograms of refined sugar per year. Its popularity began to wane as of the ‘70’s, presumably when more artificial sweetners became available.

Though most recent data for sugar consumption in 2019 is still being tallied, in 2018, the average person consumed an amount of 30.32 kilograms of refined sugar per year.

We may have become wary of sugar and turned full circle to a time that respected artisanal bakeries for their craft, but we have grown greater appreciation for the ingredient providers and producers, and will continue to love our sweets.