How the Cannabis Act could present new opportunities for bakers 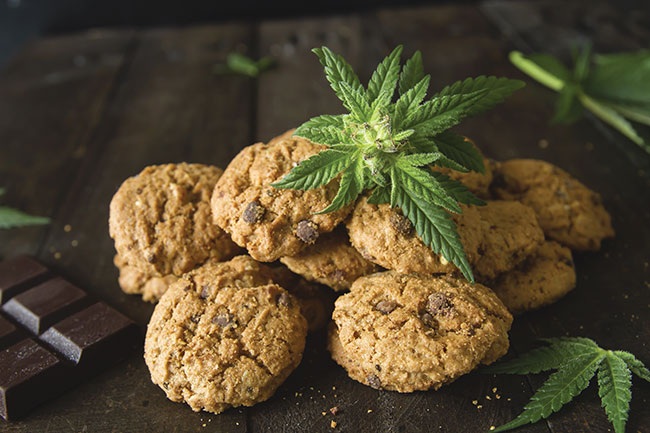 Edibles are changing the field of alternative ingredients. Much like a allergens, or a confection made with alcohol, heightened vigilance during production and sales are necessary. © jessicahyde / adobe stock

Pierre Killeen, Cannabis Industry Business and Public Affairs Executive spoke with Bakers Journal as to how bakers can spot opportunity and educate themsleves on how cannabis 2.0 is changing the industry.

“The cannabis industry is a complex and highly regulated industry,” explained Killeen. “[Canada’s] very good at cultivating cannabis, but probably not so good at making loaded cakes and cookies; that’s a real opportunity as this industry evolves.”

Cannabis was removed from the Controlled Substances Act in October 17, 2018, but it had taken another year to make products baked or “edibles” legal. Killen aimed to clarify the difference between hemp, cannabis, cannabidiol, THC and CBD.

According to Killeen, Cannabis is an industry that looks much like the baking industry, with suppliers and ingredients to bakers and marketers.

According to The Cannabis Act, hemp is basically a form of cannabis that has been modified and has a lower amount of THC, it has less than point 0.3 per cent of THC. “Practically speaking, if you were to just have, or if you were to smoke hemp or ingesting, there would be no psychoactive effect from the THC.” He reassures bakers that want to use hemp seeds or hemp oil in baking that there are no residual psychotropics that would harm adults or children.

Killeen adds that at this relatively early stage of the prohibitions repeal, we are just really starting to understand the impact and the influence of the two major cannabinoids on human physiology.

Killeen’s explanation of how to handle either CBD baking or THC-infused baking involves dealing with many regulations. “My metaphor for this is there’s a set of glasses that you have to wear, to look through certain lenses. So, everything that you do in this industry, you’ll have to look through those lenses: That’s the regulatory landscape. This is relative. It’s new. It’s complicated and a lot of times it doesn’t make sense. But these are the type of things important to do with a foundation strategy or system, to protect public health of Canadians.

So, how do we have a quality standards system that ensures that the product Canadians have access to, as consumer is all safe? How can you be assured that the supply chain is legal in this industry, and that the bad players in this industry cannot participate in the legal industry? “Know that sustainable cannabis industry is not on the policy agenda, at this stage, explains Killeen. “We need to think about the 10,000 people working in this industry right now. They will always look back to these policy objectives to say, ‘That’s not what we’re here for. We’re here to protect public health and public safety.’” 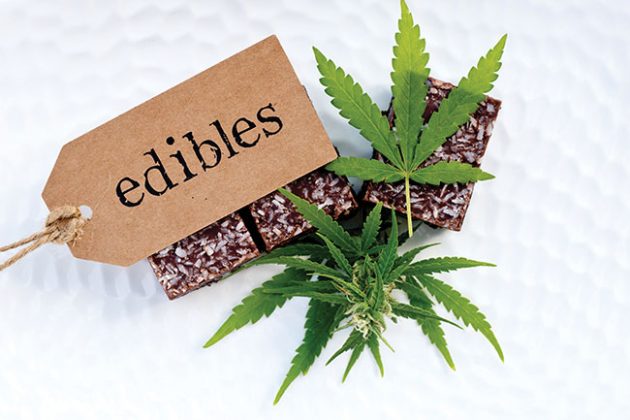 Killeen states that as Canada is a Federally run country, there are three levels of Government that has be dealt with in cannabis and the food industry.

From a Federal perspective, bakers need have the department’s original licensing first, in order to participate in the industry. At that level, there is proper control for different products, control over the operations of the cannabis company, marketing promotion packaging, labeling medical cannabis and the export of cannabis.

“If you’re thinking of getting in to this industry you’re going to need a license,” admonished Killeen. “In order to produce an edible cannabis product you’re going to have to deal with Health Canada, and that regulatory process.”

On the provincial side, the individual provinces are responsible for distribution, re-sale, age of consumption and the place and consumption. And they also play a role in the taxation of the product. And when it comes to a municipal city level, in some provinces across the country cities, provinces may have a say in zoning matters, which impacts how cannabis businesses that can be set up.

“We have six different types of licenses,” explains Killeen. “Early in the industry, we were very vertically integrated. There was a cultivation license, and a processing license, a research license, and a sales license. When it comes to licensing, you’re looking at five major things that licenses would cover.”

Killeen states one such element would involve personal security: managers, directors of the company, and employees that are at high levels within the company and have supervisory responsibilities, are required to have security check.

Then, there is also site security, physical security around perimeters such as videos and fencing. “Good news is the regulators created a microprocessor license,” suggested Killeen. “That really lowers the barrier to entry and the cost of location for businesses that want to get into the processing of the creation of cannabis edibles. The cannabis tracking system has been created by the federal government, so your requirements and input information go into the system. It allows the Government of Canada to track your entire industry. And finally, you have a record keeping and reporting requirements for the system within your own company.”

Killeen adds that the quality standard that was created by the federal government is is sort of modeled on GMP (Good Manufacturing Practices.) When working with the edibles regulations as part of the quality assurance system, bakers will need a quality assurance person. “That person has to understand the food production process and have experience in the food industry. You can not make food and edibles in the same building. The regulator was very worried about cross contamination. It’s a regulatory requirement.”

The next part of the process is that all products, all lots have to be tested by an independent third party right before they’re released to the public. “The product has to be sent to a third-party lab, they have to test for concentrations of cannabinoids, principally CBD, and THC. Then, there’s a test for pesticides, you get your certificate back, and then you’re able to release that product.

“You need a different facility to bake and sell your cannabis edibles. It has to be a separate building, you can’t have one line of food going to Loblaws and another line of food going to a dispensary,” clarified Killeen. “ I think what gets even more interesting is that the province of Ontario has recently announced that if you have a microprocessing license, you can also sell directly from the facility.”

“You’re allowed to process 1600 kilograms of cannabis per year. That’s 600,000 rounds. Looking at my numbers, we’ve got about 6 million units of edible cannabis you can produce here on one set of licenses. So, there is an opportunity, there is a window in this microprocessing license to rapid economic development: This is a much lower barrier to entry in terms of the regulatory burden in order to get that license.”

Killeen suggests that small bakery operators could get a cannabis extraction machine, for a smaller footprint in a small facility, produce cannabis edibles and sell directly to consumers. However, as a microprocessor, the limit is the same as for a larger bakery: THC in the product, a cookie, a cake a croissant, has a limit of 10 milligrams per unit. Killeen notes that there are no limits in terms of the amount of CBD you can have.

“Then, there’s a requirement that all cannabis edibles be shelf stable, anything that’s less than 90 days shelf stable, you have to basically put on the label the shelf life of this product. So, no dairy products, like in cannoli.

“When comes to marketing, it’s a restrictive environment. Nonetheless, you can market to people over the age of 18 in environments that are controlled, or are educated, so you could have a market in for instance, in a bar.

“You can do direct mail, and you’ll often see in the online world so you can have an age gated market opportunity. So there’s a lot of innovation in digital marketing around cannabis in HD environments. No promotion of health and cosmetic methods. You can’t say ‘this will help you sleep’ or ‘this will help you relax.’

“Sales can only happen through a legally licensed retailer. If you’re in the medical cannabis industry, you can sell directly to the client. You’ll have an online channel that will link directly to medical patients.”

Killeen believes that as legislators become more comfortable with this, bakers will probably going to see an opening up of the opportunities around retail.

Packaging and labels on the package: Packages must be child resistant. “There’s strict labeling rules around THC and CBD, and how to include the nutritional facts table in the product, states Killen. “Luckily, the regulators have allowed peel-back labels and accordion labels, so you can stick all the information that you require on them.”

“So, today’s market? At a high level that’s probably a 10 to $15 billion a year business in Canada. I think we’re in a premature market,” admits Killen. “It’s going to take some time to get there. But that’s the scope of the opportunity.”