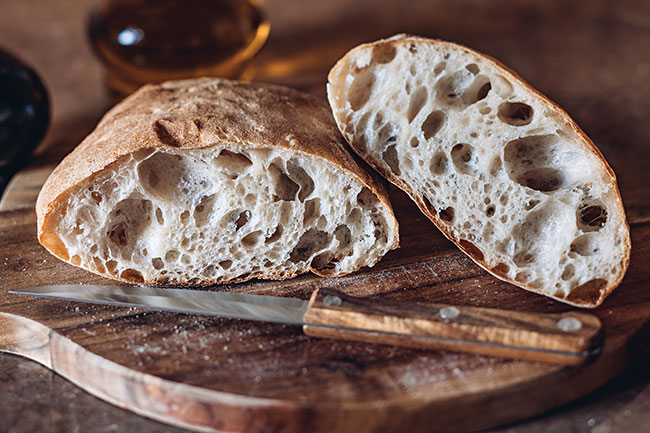 Who are the new bakers and what are they baking?

Years go by, in fact decades go by, and sometimes we have our noses stuck in our own dough and don’t realize that slowly the industry we joined some time ago has changed. 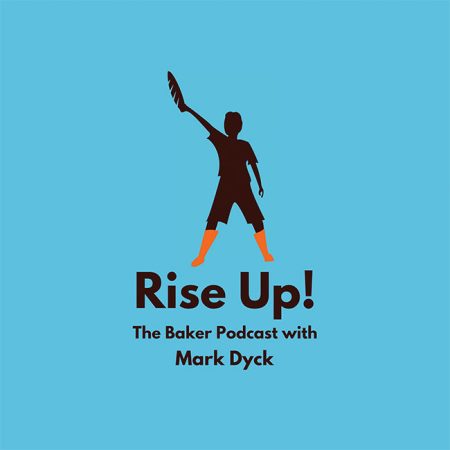 We read about innovations and go to shows, listen to tech reps and have access to YouTube videos. A new shop opens down the road; do we go and introduce ourselves or check out their products or are we so busy with our own gig that we just hear about it secondhand?

Now there is another way to expose yourself to new ideas and baking philosophies and it is just a podcast click away. (And for you technophobes and Luddites, a podcast is just a new way to listen to the radio!). Rise Up! The Baker Podcast (https://riseuppod.com/) is presented by Mark Dyck, who is a Regina native and founder (with his wife Cindy) of Orange Boot Bakery in that city. When the family sold the business Mark decided to have conversations with the bakers he knew and broadcast those interviews to the wider audience of bakerphiles. 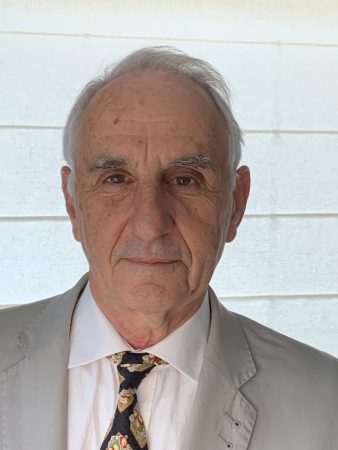 Three years and 150 episodes later there exists a huge canon of shows that can be listened to anytime. The bakers that Mark talks to are from all over the world; they include recent startups like Adam Christie from Working Culture Bread in Victoria, B.C. (#128), bakery gods like Peter Reinhart (#52) and Jeffrey Hamelman (#53), and larger enterprises like author and baker Daniel Leader’s “Bread Alone” (#78). In between are a myriad of deep and involved conversations about the philosophy and practice of baking, starting a business, surviving pandemics and entertaining personal histories.

Mark is a lively and engaged interviewer who talks to not only bakers but also millers, authors, farmers and innovators. He touches on all issues including demographics, labour, finances, work/life balance and other day-to-day bakery challenges.

My favourite time to listen to a podcast is while I am in my little home bakery, at the bench, whiling away the hours waiting for bread to rise. Sometimes I will listen in the car and the kilometres melt away as I am immersed in another baker’s life.

As bakers, we often find ourselves so caught up in our own day-to-day routines that we have no time to engage with our peers. It is refreshing to hear someone articulate the same challenges and successes that we all encounter and reassuring that we are not alone in our quests to become the best purveyors of baked goods to our communities!

New European documentary on bread
It’s often a guilty pleasure to watch a couple of movies when flying but I had a pleasant surprise when I flew to Toronto in mid-November. 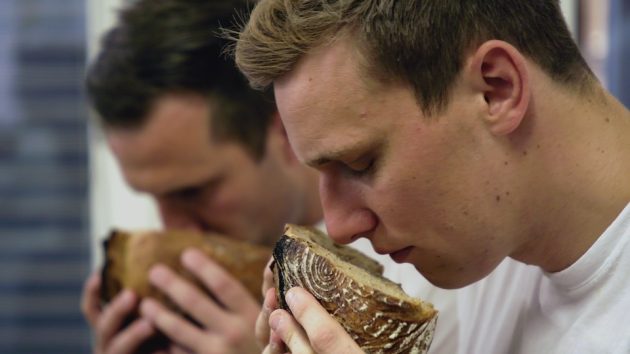 As I was perusing the movie content, I noticed a documentary titled Bread: An Everyday Miracle (Brot: Das Wunder das wir täglich essen) At first, I thought it was going to be about making sourdough at home during the pandemic, but I decided to watch it anyway and expected a generic film shot to appeal to home bakers.

Bread, directed by Harald Freidl from Austria in 2020, explores artisan bread production from the perspectives of six active, thoughtful and successful professionals: Christophe Vasseur, owner of the iconic Paris bakery Du Pain et des Ideés; Karl de Smedt, “the sourdough librarian,” who works for Puratos; Hans-Jochen Holthausen, managing director of Harry Bread (Harry-Brot GmbH), the largest manufacturer of baked goods in Germany; the family of bakers at Öfferl from Gaubitsch in Germany who turned a losing business model around by going 100 per cent organic; and also perspectives from Apollonia Poilâne, who runs the famous Poilâne Bakery in Paris; and finally, a member of the European parliament, who is also an organic farmer, contributes to the discussion.

Between exotic bakery trade fair visits, sensual aroma samples, diabolical enzyme mixtures and sci-fi production models as well as the bizarre search for the right recipe for bread on Mars, Friedl’s film explains the complex relationships between ecology and work, health and taste, and politics and consumption in an exciting way. I especially appreciate the format of the film, which focuses only on what the participants have to say. It isn’t a probing interview and there are no judgments implied, allowing the viewer to be educated and form their own opinions.

Whether you are a fan of the small artisan bakery or intrigued by the logistics of baking for the masses, this is a thought-provoking film. Wherever we sit on the spectrum of baking, we should all be having these conversations. At this time, we have been unable to source available copies for the Canadian market but have made extensive enquiries and will let you know. You can watch the film as a paid seven-day live stream rental HERE at Blue Ice Docs or if you have a no-zone DVD player order one from amazon.de. 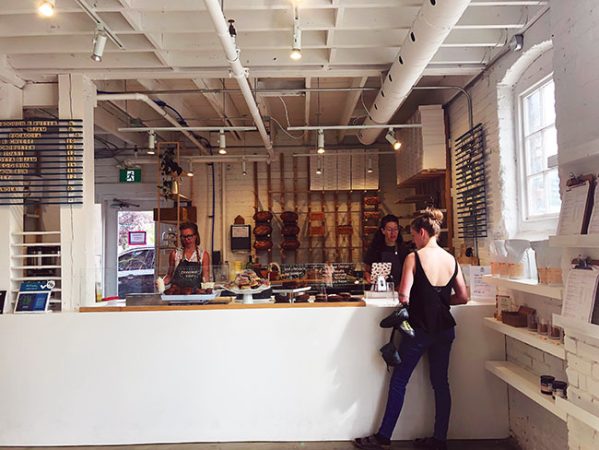 Brodflour bills itself as an urban mill and bakery in Toronto with a 48-inch stone mill. Photo by Bakers Journal

Having watched this movie about our industry, my thoughts segued to my Toronto trip.

I was fortunate to be invited to visit two bakeries. The first was Brodflour in Liberty Village, which bills itself as an urban mill and bakery and appears to encompass around 2,000 square feet. Matthew Faust, who runs the business, showed me around. About one-third of the business’s space is taken up by large mill.

“Our stone mill is from New American Stone Mills in Vermont,” Faust told me. It is their largest model with the stones at 48 inches in diameter. It’s capable of producing around 40 kilograms of sifted flour per hour and around 50 kilograms of whole grain.” The bakery is milling roughly 250-350 kilograms of fresh flour, he added.

“Our red fife wheat and hard red wheat are from two different farms in Manitoba, and rye and spelt come from Peterborough, Ont.” he said.

This is an intriguing concept. The baker knows the farmer and is the conduit between the field and the bakery customer. The flour used in the bakery is fresh milled and retains all its nutrients, no additives and no processing aids. The fresh baked products looked and smelled wonderful and reflected the skills of Matthew’s team.

P.S. The cardamom bun was tender, spicy and delicious!

There, general manager Derek Mantha, my friend and fellow board member, and a graduate of the baking and pastry program at Algonquin College, hosted my tour of the colossal and pristine 100,000-square-foot production facility.

I was given a hygiene and safety talk and had to gown up before the walk-through. Stepping into the surprisingly cool and quiet factory I was impressed by the efficiency of the design of the production space and the state-of-the-art equipment that filled it.

A continuous line for making frozen croissants stretches for hundreds of metres horizontally and vertically taking freshly mixed dough, gently stretching and enveloping this in unsalted butter, and continuing the lamination, automatically pleating the layers, and then conveying the laminated dough through a large refrigerating system to ensure that no fermentation takes place. The chilled dough is then sheeted through automatic cutting and rolling machines. It wasn’t all automated, though, as watchful eyes made sure that no undersize or misshapen product went through to final packaging and distribution throughout Canada, the U.S. and Mexico.

Derek acknowledged every staff member he met by name (they have 200 employees!), a testament to his supportive management style.

In both Brodflour and Costco Commissary I was impressed by the atmosphere and work ethic of the staff. In one, all hands on with David Bowie in the background, in the other, quiet dedication to the technical process of a colossal machine.

My exposure to these facilities and having watched “Brot” caused me to reflect on the role of the BAC where we are committed to representing both big and small producers, believing that mutual support, understanding and celebration will position the industry to succeed despite the challenges that all bakers face.

Related
Podcast: What makes an award-winning bakery?
Podcast: Doo Doo’s Bakery – more than just butter tarts
What you need to know about COVID-19 government financial programs: 2021 update
Podcast: What it takes to win the Jake the Baker contest
Tags